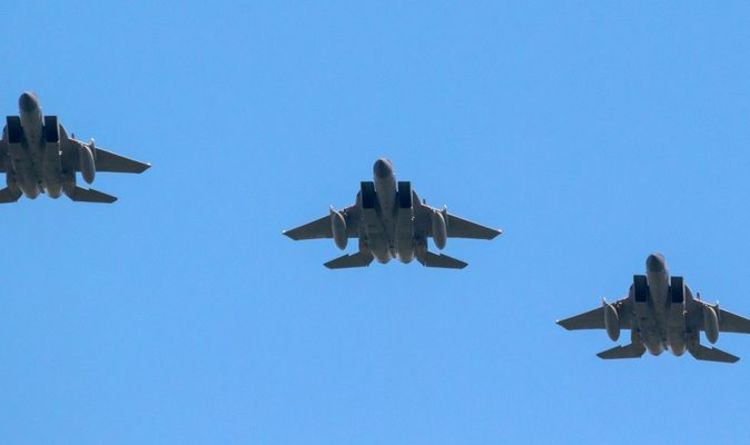 On Friday October 15, social media users reported that they heard the sounds of fighter jets in North London. Some described the sound as “deafening”, with others complaining about not enough advance warning.

Twitter users were surprised by the fighter jet flyover, with some assuming they were practicing for the next NFL match on Sunday.

One said: ”Not sure what to make of this but I just saw 4 fighter jets fly over north London again!

“If this is another NFL warm-up maybe they could give us some warning.”

Pictured: Student at centre of Warwick university halls love triangle that saw one teen stab another