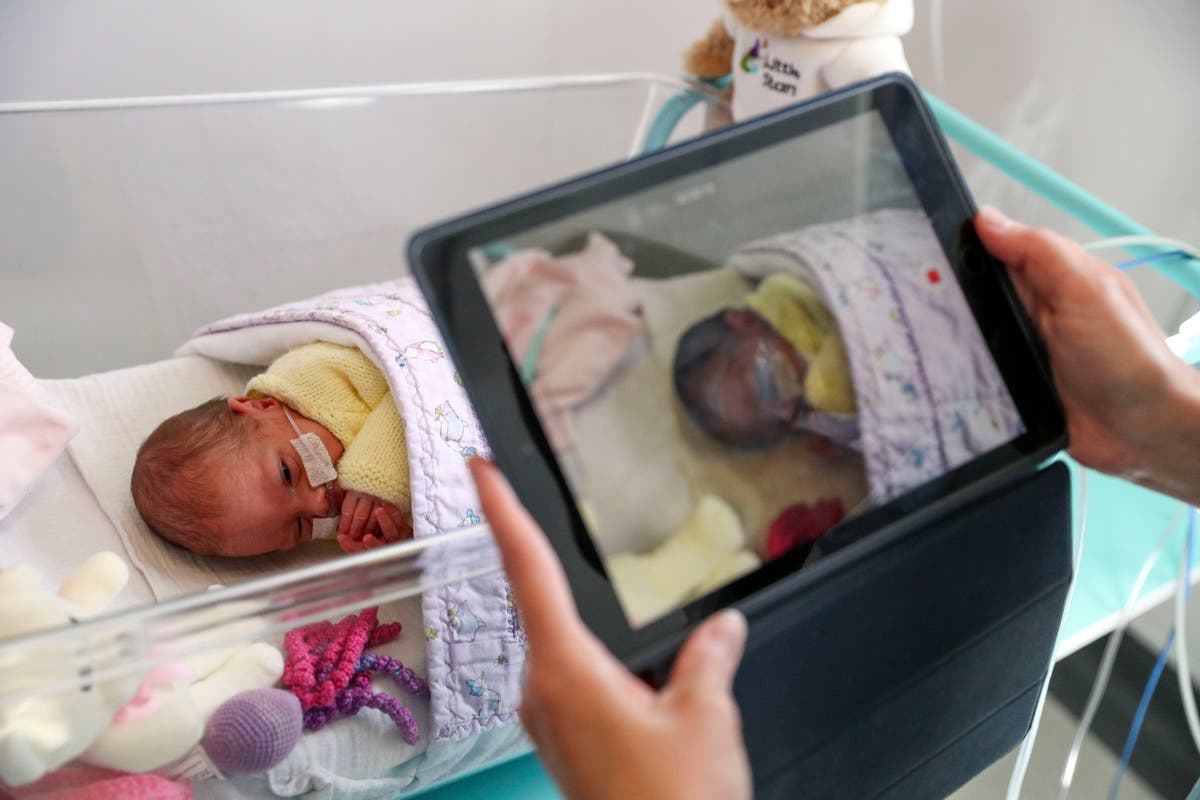 Births have fallen by 4.1 per cent on 2019 levels, according to the Office for National Statistics, which cautioned that the figures for 2020 have been affected by delays in registrations due to the Covid pandemic.

There were 613,936 live births in England and Wales in 2020 while the fertility rate dropped to a record low, decreasing to 1.58 children per woman, the ONS added.

Total fertility rates (TRF) decreased across all age groups for the fourth year in a row, with 3.8 stillbirths per 1,000 total births in 2020.

A Centre for Population Change report warned in March that birth rates were already tumbling to “historically low levels” before the pandemic struck the previous year.

It said it expects to see further declines “over the next three years”.

Financial hardship, insecurity and general anxiety about the future during the pandemic contributed to the drop in 2020, researchers say.

The reasons for the pre-Covid drop are more complex and include demographic changes as well as the increasing cost of living.

The ONS said the number of births has decreased for the fifth consecutive year and are at their lowest levels since 2002.

Since the most recent peak in 2012, the number of live births has dropped by 15.9 per cent, the ONS said.

In 2020, Pakistan became the most common country of birth for non-UK-born mothers for the first time since 2009, followed by Romania in second place and Poland in third.

Despite Romania’s rise to second place, the number of births to women born in Romania decreased by 2.2 per cent compared with 2019, falling for the first time since entering the top 10 in 2012.

Meanwhile, separate figures published in a study by Imperial College London earlier this week showed an “alarming” drop in life expectancy in several communities in cities across northern England.

Areas in cities including Leeds, Newcastle, Manchester, Liverpool and Blackpool had the lowest levels of life expectancy in England, according to the study, funded by the Wellcome Trust and published in the Lancet Public Health journal on Tuesday.

The researchers who conducted the study said differences between the north and south were becoming increasingly stark.

In 2019, there was about a 20-year gap in life expectancy for women living in communities with the highest and lowest life expectancies.

One area in Camden, north London had a life expectancy of 95.4 years compared to a community in Leeds where a woman was expected to live until 75.

For men, the gap was around 27 years. A man living in Kensington and Chelsea, also in London, was expected to live until 95.

In one part of Blackpool life expectancy for men was 68.

“There has always been an impression in the UK that everyone’s health is improving, even if not at the same pace. These data show that longevity has been getting worse for years in large parts of England,” Professor Majid Ezzati, senior author of the study, said.

“Declines in life expectancy used to be rare in wealthy countries like the UK, and happened when there were major adversities like wars and pandemics.”

He added: “For such declines to be seen in ‘normal times’ before the pandemic is alarming, and signals ongoing policy failures to tackle poverty and provide adequate social support and health care.”

‘There’s no end to this because the police don’t care and we don’t care’: Inside London’s gang hotspot | UK News