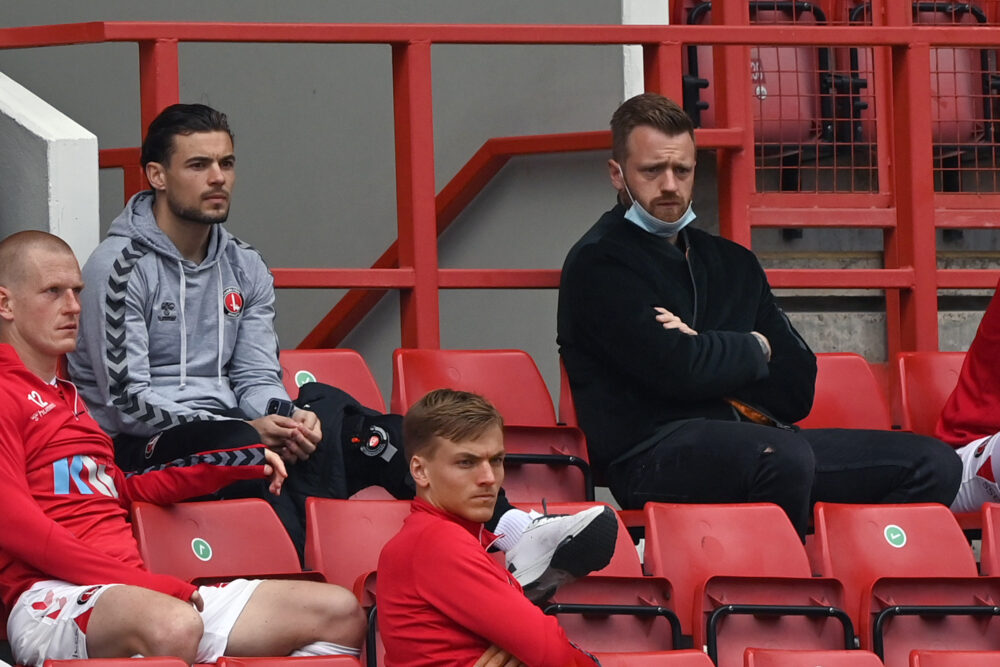 Ronnie Schwartz has had his Charlton Athletic contract cancelled by mutual consent.

The 32-year-old striker joined the Addicks from Danish champions FC Midtjylland for an undisclosed fee in January. His deal was supposed to run until the summer of 2023.

But Schwartz made just 16 appearances for the South Londoners, the last of those an 11-minute runout in the 2-2 draw at AFC Wimbledon on March 20.

He made the bench twice in the remaining nine fixtures and was not included in the matchday squad for the final six in the run-in.

Ronnie Schwartz watches Charlton’s final home game of the 2020-21 season from the Valley stands along with an injured Jake Forster-Caskey Picture: Keith Gillard

Schwartz had been identified as a potential signing by Charlton owner Thomas Sandgaard. And then boss Lee Bowyer was happy with adding the Dane to his striking options.

Schwartz scored in his second match for the Addicks, a 4-4 draw with Rochdale at The Valley. But that proved to be his significant contribution for the League One side. He missed a stoppage-time penalty in a 0-0 draw at Oxford at the start of March.

Schwartz was allowed to report back to pre-season training later than the rest of the squad with manager Nigel Adkins saying that was due to “a personal issue”.

Adkins then revealed in September that the forward would be out for around two months with a calf problem.

📰 The club and Ronnie Schwartz have agreed to the mutual cancellation of the striker’s contract.

Everyone at Charlton Athletic wishes Ronnie well in his future career.