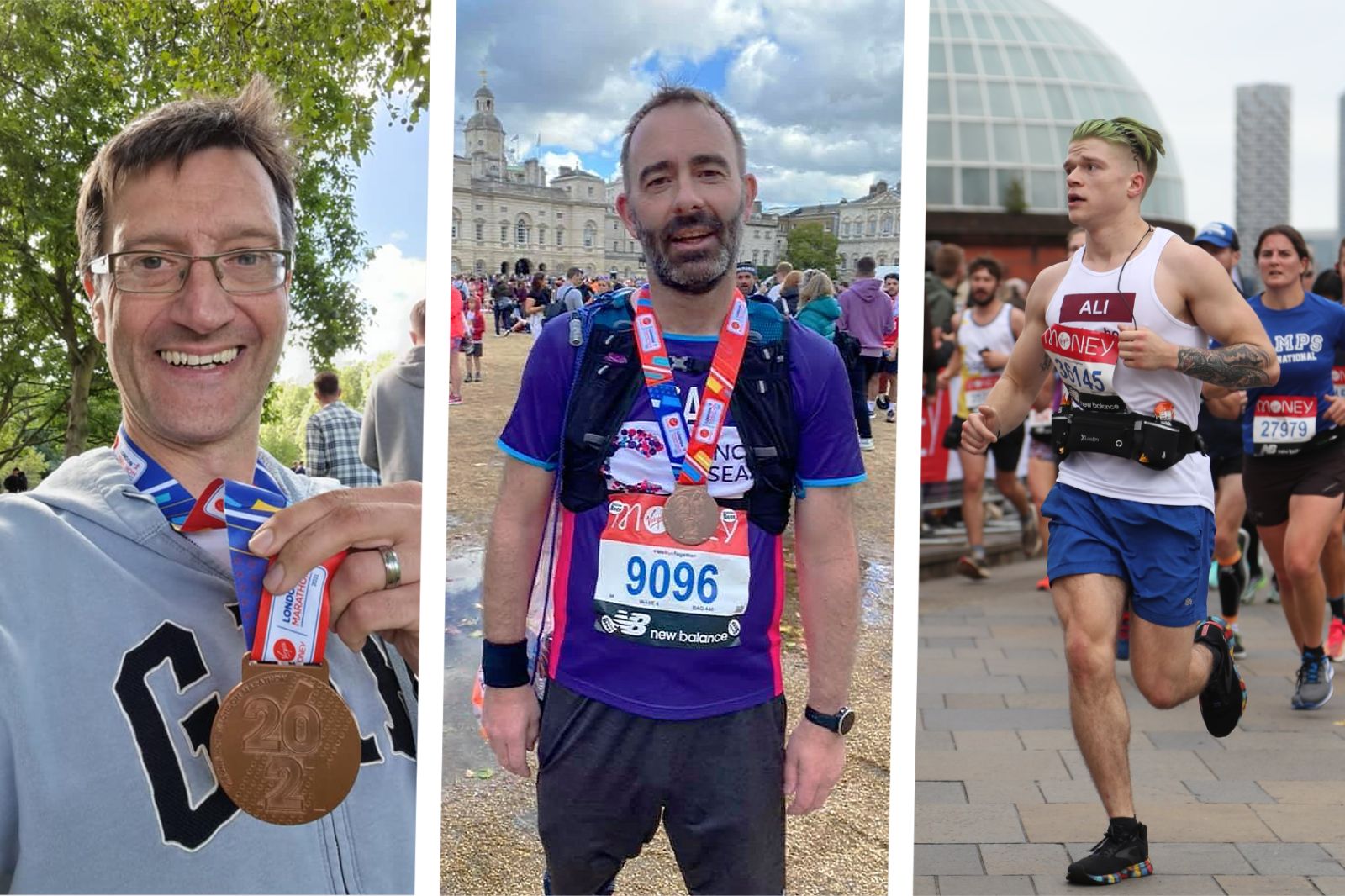 Among the 80,000 runners pounding the capital’s streets in this year’s record-breaking London Marathon were six raising money for a Stafford based charity.

Many of those that took part wanted to raise money for the charity after experiencing what their services mean to friends and family.

Lacey Glover, 29 from Stafford, Staffordshire explained why she took on the challenge: “In 2017, I sadly lost my grandmother Betty to pancreatic cancer. She was my rock and best friend but it was comforting to know that she spent her final days being looked after and cared for by the amazing Katharine House Hospice.

“I have raised money for them in the past but I have always dreamed of doing the London Marathon so I signed up for a charity place in October 2020 and in February 2021 was told I had a place!

“It was the best experience of my life and although solo training was tough, gruelling and involved injury I raised over £2,200 for Katharine House and it’s my proudest achievement yet.

“The experience was like nothing I’ve ever known before. Knowing that I did this on behalf of an amazing charity makes it even more worthwhile.”

Hollie Ridgewell was running in memory of her mum and did it virtually along back routes from Stone to Stafford.

The 37-year-old from Stone said: “I chose to run for Katharine House because they were absolutely fabulous. They took care of my mum when she was at her best and her worse provided her with the most phenomenal care and dignity all the way through her care.

“They not only made her feel comfortable in herself but also on her good days gave her the opportunity to be herself and go on day trips and do the things she loves to do best.

Among the runners were left to right Dave Parton, Gavin Hogan and Alastair Herriott

“It allowed her to meet people going through the same thing, people she could relate to and talk freely to.

“Then they individually allowed us to have someone to talk to, someone who involved us in her care, able to break what was happening down and help us deal with our emotions and how to process our thoughts and feelings whilst also allowing us to be able to talk as a family together and to be able to know what we wanted for her and what she wanted for herself.

“Then when the end drew in and it was that time, they were with us 24/7 for two weeks with one on one help and care for all of us not just for mum. They gave us rest bite when we needed it, it allowed for us to all sit and talk or have a cup of tea or eat which whilst in the moment you forget to do.

“They showed her care and dignity and love right until the end and for that I am eternally grateful.

“The only thing was that I felt a void of what can I do to help back, what could I possibly do to be able to show this fabulous group of people what they did and what they mean to us.

“Then I realised I can help them raise as much money as possible to put towards this fabulous place, why it is charitable still baffles me, it should have funding.

“But it was also not just run for Katharine House, I was running in honour of my mumma, my moose as this charity was extremely close to her heart also.

“I know how proud she would have been not just for raising money but for the reason I wanted to do it, because of the amazing people of Kathrine House Stafford – not just nurses and doctors but receptionists, cleaners, cooks, volunteers and the other patients.

“So take a bow Katharine House, yes I ran the London Marathon but I did it for a group of true heroes.”

Speaking about the fundraising, Katharine House Hospice events fundraiser Katie Jones said: “Not only did our supporters smash the Stafford Half Marathon they did brilliantly in the London Marathon too!

“We were blown away by their amazing commitment and dedication to raising money for the hospice.

“It really touched our hearts as many of them were running in memory of a loved one who was cared for by KHH.

“They’ve raised a fantastic £14,271 with more coming in as they finish collecting their sponsorship – this terrific amount will fund the hospice for a whole weekend.

“Team KHH are all superstars!”

To donate to Katharine House Hospice, visit their website.