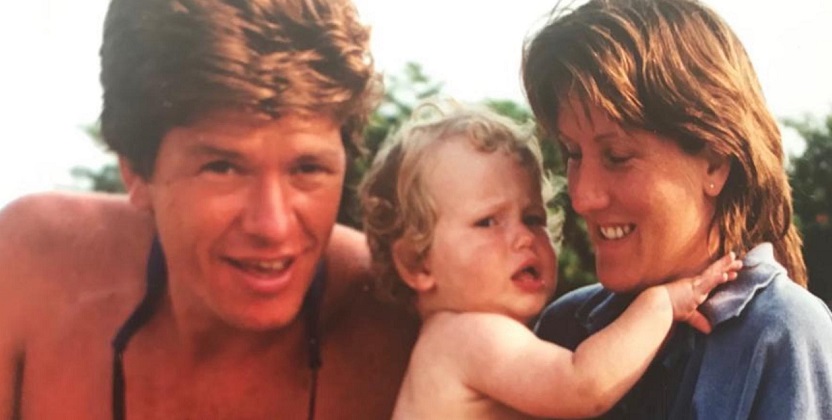 A son has completed the London Marathon and raised more than £20,000 for Brain Tumour Research in memory of his dad.

Oscar Cowling, 27, of Manchuria Road, Clapham, took on the 26.2-mile Virgin Money London Marathon after losing his father Alastair to a brain tumour in 2005.

Oscar said: “Having originally signed up to do the marathon in April 2020 and then in April this year, I’ve ended up training for this event three times, which has been challenging and disruptive, to say the least.

He added: “I’m a keen sportsman, enjoying hockey and football but I’ve never been massively into running, so this was a huge undertaking and staying motivated with all the delays caused by Covid-19 was tough.

I focused on the reason behind my marathon and all the kind donations I’ve received and that really helped to get me round the course.”

Oscar was just 10 when his dad, Alastair Cowling – originally from Knaresborough in Yorkshire and who ran a loft conversion company in London – was diagnosed with a glioblastoma multiforme (GBM) brain tumour and died aged 46.

Oscar said: “Being a young child at the time, it was difficult to understand the scale and severity of the disease and it is only as I have grown up that I have come to terms with how my dad’s fate was almost entirely sealed from the time of his diagnosis.

Baby Oscar with his parents Alastair and Sarah

“My mum selflessly shielded my younger brother Felix and me from the horror of dad’s diagnosis. All credit to her for protecting us, as we were so young.”

Oscar, who grew up in West Norwood and attended Tonbridge School, said: “I wanted to do something which would be testing and a great tribute to my dad.

Before the race, I downloaded a huge playlist, which included lots of the music dad liked. Listening to his favourite song, Oliver’s Army by Elvis Costello, really helped to push me through some difficult moments.”

In June 2015 the Durham University graduate was joined by his uni pal, Justin Langen, on an epic journey from England to Africa, which raised £15,000 for the charity.

Aged just 20 at the time, Oscar and his friend drove a Land Rover Defender through 15 countries, covering 9,000 miles from London to Cape Town in 50 days.

Oscar said: “My mum was understandably nervous about the trip but I think my dad would have loved the fact that we were going off on such an adventure.

“He was a keen boater and used to do a lot of sailing and speedboating off the coast of the Isle of Wight. I have fond memories of him teaching us to water ski and of us all sailing in the English Channel. 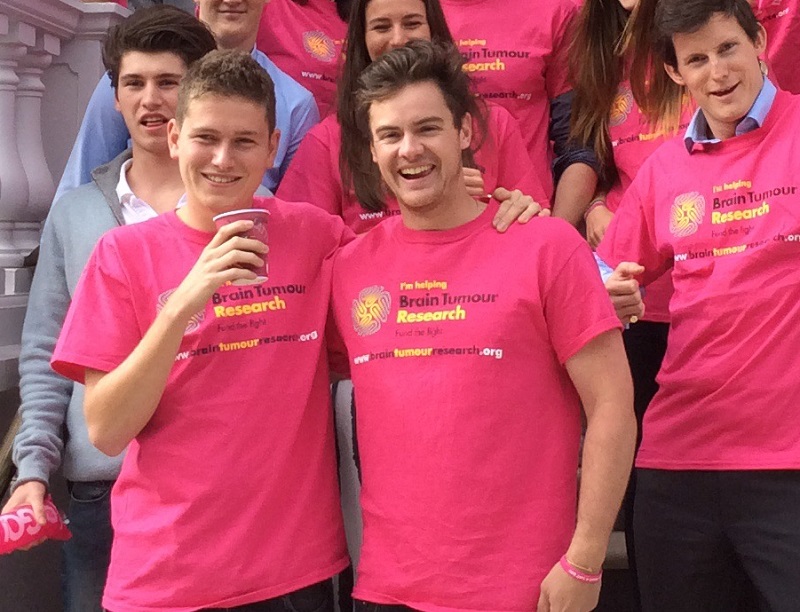 “I hope he would have been proud of me for conquering the London Marathon. I’m delighted to have completed it and, moreover, to have raised a fantastic amount of money to support the vital work of Brain Tumour Research.”

Brain tumours kill more children and adults under the age of 40 than any other cancer, yet historically just one per cent of the national spend on cancer research has been allocated to this devastating disease.

Carol Robertson, national events manager for Brain Tumour Research, said: “Our sincere thanks go to Oscar for embarking on – and completing – another fantastic fundraiser to help fund vital research into brain tumours.

“We’re so sorry he lost his dad to this devastating disease.

Alastair’s story reminds us that brain tumours are indiscriminate and can affect anyone at any age.

“With the help of our amazing supporters like Oscar, we will be able to create a network of seven sustainable Centres of Excellence across the UK, where scientists are focused on finding new treatments and, eventually, a cure for brain tumours.”

To make a donation to Oscar, visit https://uk.virginmoneygiving.com/oscarlondonmarathon