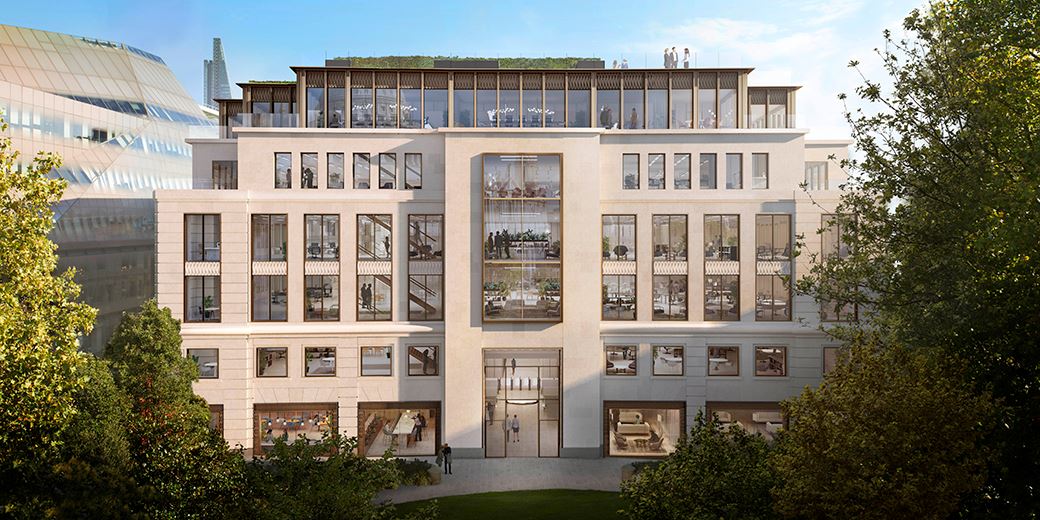 Brewin Dolphin has abandoned it £10m plan to move its headquarters in light of the changes to working patterns brought by the coronavirus pandemic.

According to a stock exchange update, the firm will remain based in its current office in 12 Smithfield Street (pictured).

The decision was made after the group ‘evaluated its office space requirements post pandemic’ and took account of the move towards ‘a more flexible working model for its staff’.

It found the Smithfield office ‘has the capacity to fulfil its current needs and future growth’.

In reporting its annual results in November 2019, the firm announced plans to move to 25 Cannon Street, opposite St Paul’s Cathedral. The firm had set aside £10m to cover the relocation costs, which now be used to for other business purposes.

However, after reversing the decision, the firm has now agreed terms with global law firm Dechert LLP to take floors three to five at the building and is in discussions with other interested parties in respect of the remaining space.

The decision comes as a number of work firms evaluate their working conditions following the pandemic.

In August Tilney Smith & Williamson said it preparing a move to new headquarters in 2022 after signing an agreement to move its two Birmingham offices into 103 Colmore Row, the UK’s tallest new office development outside of London.

‘This will provide us with a modern and spacious location in the heart of the City, designed to the highest standards of environmental sustainability,’ CEO Chris Woodhouse said at the time.

In January, JM Finn revealed it would open a new headquarters at 25 Copthall Avenue, a short way away from its former base in Coleman Street.

The firm has only leased one floor rather than five, representing a 10% reduction in floor space, given the shift ‘to a more agile approach to remote working’.

The same month, stockbroker Peel Hunt announced it would be moving to 100 Liverpool Street, a short distance from its previous City of London office at Moor House, 120 London Wall.

However, the firm’s chief executive Steven Fine emphasised his belief staff will return to the office once the pandemic is over, noting the decision to relocate was initially made in 2019.