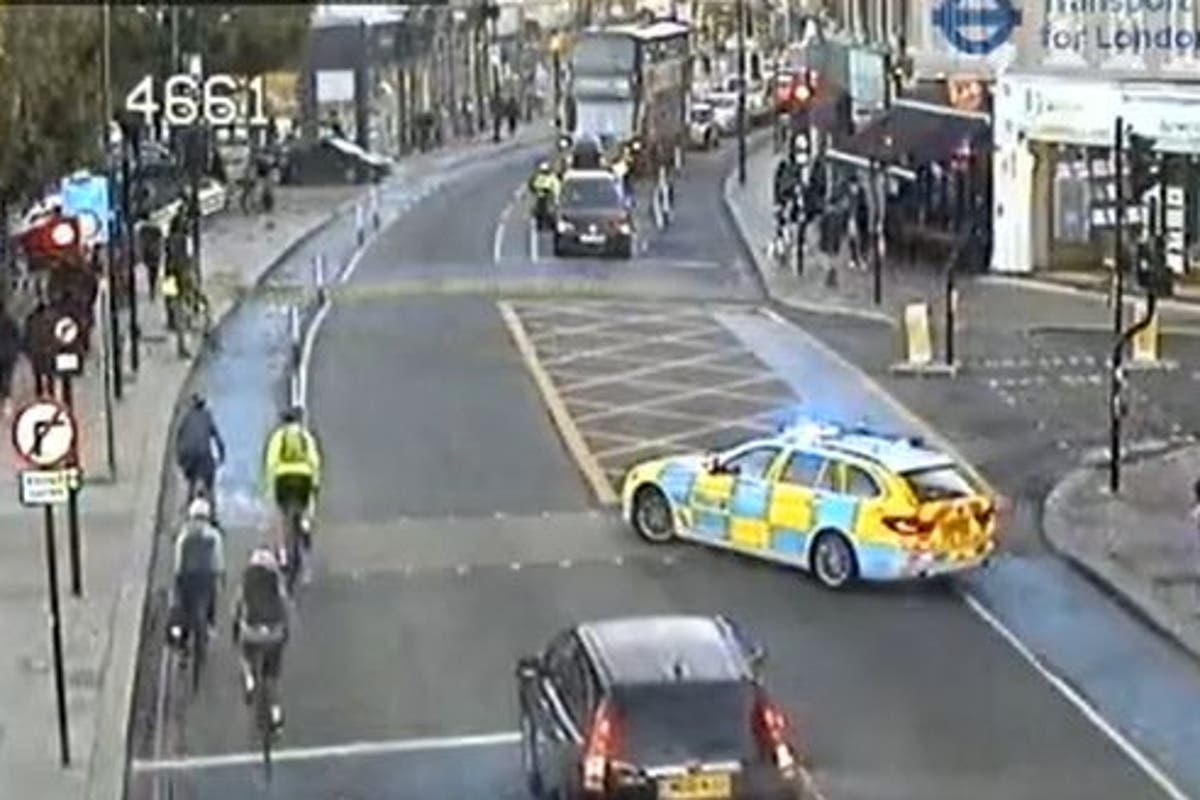 Police said the man, in his 40s, may have collided with another cyclist before he was taken to hospital where he died a short while later.

One passerby said he saw the cyclist lying on the Cycle Superhighway 7 after the collision at 8.17am on Wednesday.

Harry Bennet, who cycled past the aftermath, told the Standard: “It was pretty horrific, I just saw the bike on the side.”

He called for more safety measures, writing on Twitter: “Cycled past a pretty horrific accident on CS7 in Balham. The wands can only do so much and this stretch is one of the least protected bits.”

It is believed to be the ninth cyclist fatality on the capital’s roads this year.

A London Ambulance Service spokesperson said: “We were called at 8.17am this morning to reports of a road traffic collision involving a cyclist on Balham High Road.

“We sent an ambulance crew, an incident response officer, a clinical team manager, and two medics in cars. The first of our medics were at the scene in two minutes.

“A man was treated at the scene and taken to a major trauma centre as a priority.”

Labour MP for Tooting Rosena Allin-Khan said she was “deeply saddened” to hear of the crash.

Balham High Road has been closed in both directions since around 8.30am.