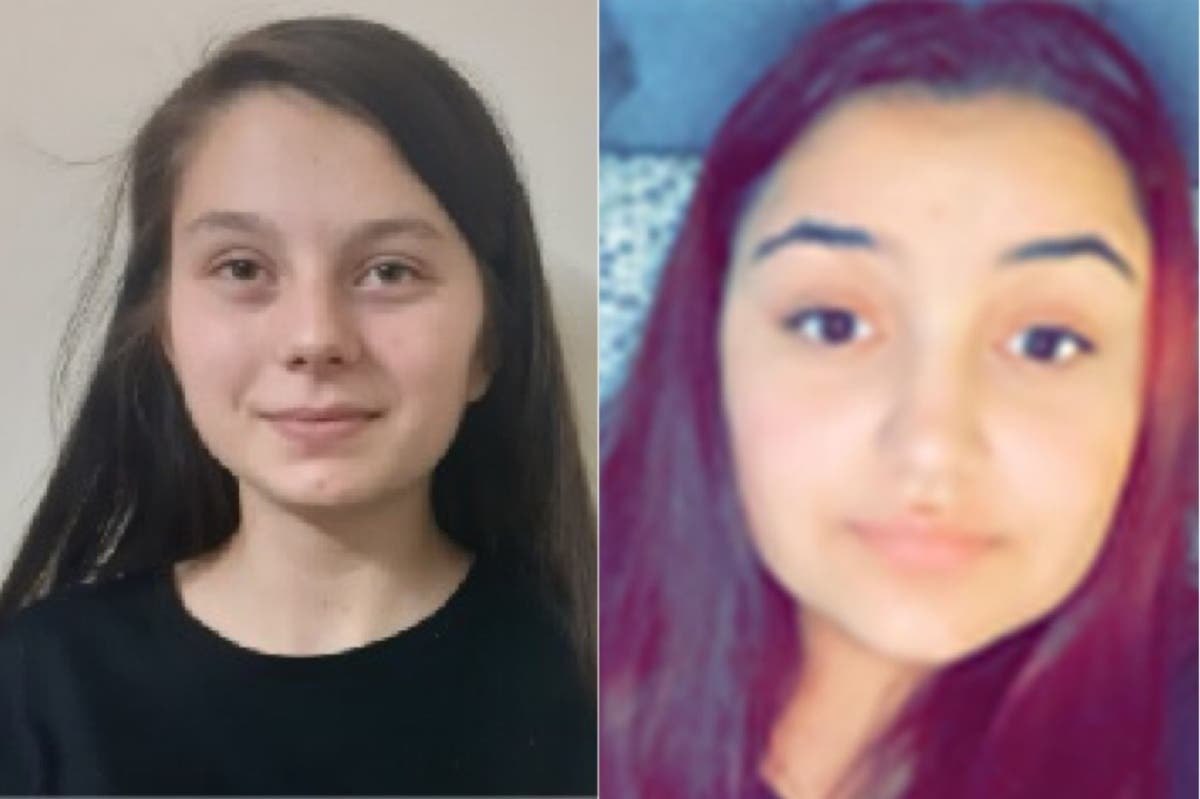 Andreea, 15, whose surname is being withheld by police, was last seen on Friday, October 1 at her home in Canterbury, Kent.

Scotland Yard launched a high risk missing person investigation and officers are pursuing a number of lines of enquiry.

A 54-year-old man detained on Tuesday is being questioned on suspicion of people trafficking at a north London police station.

In addition to London and Kent, the girls are believed to have links to Leicester and Dundee.

Officers from Police Scotland are assisting the Metropolitan Police.

Detective Chief Inspector Tony Bellis, of the north west public protection unit, said: “We are becoming increasingly concerned for the safety of Andreea and Izabela.

“While we are keeping an open mind as to their whereabouts, we believe they may have been taken outside London by people who could do them harm.

“I would like to appeal directly to Andreea and Izabela. You are not in trouble and there are people who want to help you. Please contact the police or someone you trust when it is safe to do so.

“I would also urge members of the public, particularly in London and Dundee, to come forward if they have any information that could help us.”

Information can also be provided to Crimestoppers anonymously on 0800 555 111.

Fears Twickenham rugby match may have been omicron superspreader event