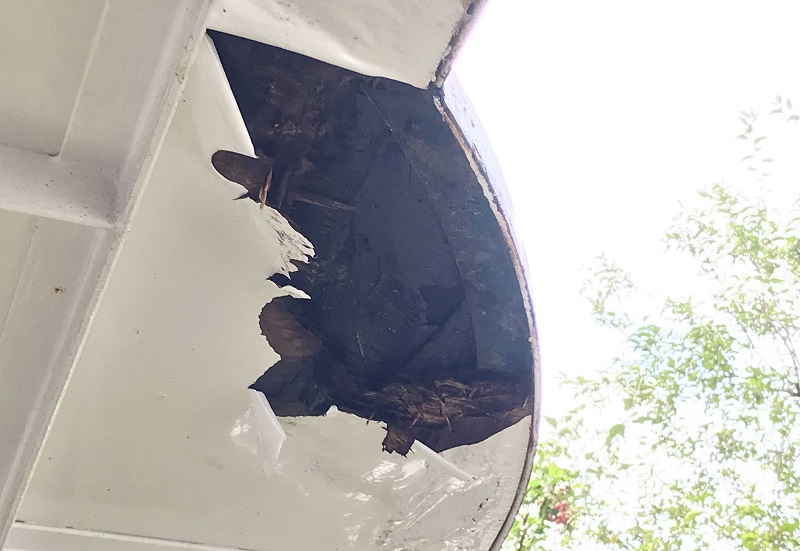 Families with disabled children are living on a nightmare estate in Westminster where flats are covered in damp and gutters overflow.

Sisters Charlie and Lisa Lynch have been left living in a mouldy nightmare at Abbotts House in Pimlico.

Thick, black mould has built up on the outside of their building and water from nearby drainpipes on the Peabody-run estate has been seeping into Charlie’s home.

The conditions have got so bad that water seeps through brickwork, flooding the estate’s paths. Water flows down the stairs because of pour drainage.

The lift and lights next to Charlie’s second-floor flat have also recently broken meaning that she has had to try and carry her disabled 10-year-old down the stairs in darkness.

On October 1, her son fell on the stairs and his wheelchair crashed down to the bottom of the stairway.

Charlie has lived at Abbotts House for two years after moving from another mould-ridden property.

She said: “Which do you choose your son or his wheelchair? The wheelchair doesn’t even fit on the stairs.

“We are going to have to stay home. We are stuck in this whole weekend.”

The water has caused damage to Charlie’s flat and the damp is so bad that mushrooms have started to grow on the outside of nearby buildings.

Her daughter has to wear wellies on her way to school to wade through ankle-high water that floods through the drains if it rains.

Large puddles still remain in areas of the estate and black mould and water damage is visible on the stairways.

One section of the stairway had even recently fallen down revealing rotten wood.

Lisa, who has lived in the building for nine years with her 11-year-old autistic son and six-year-old daughter added: “Since Covid, they have done nothing. Everything is getting flooded. 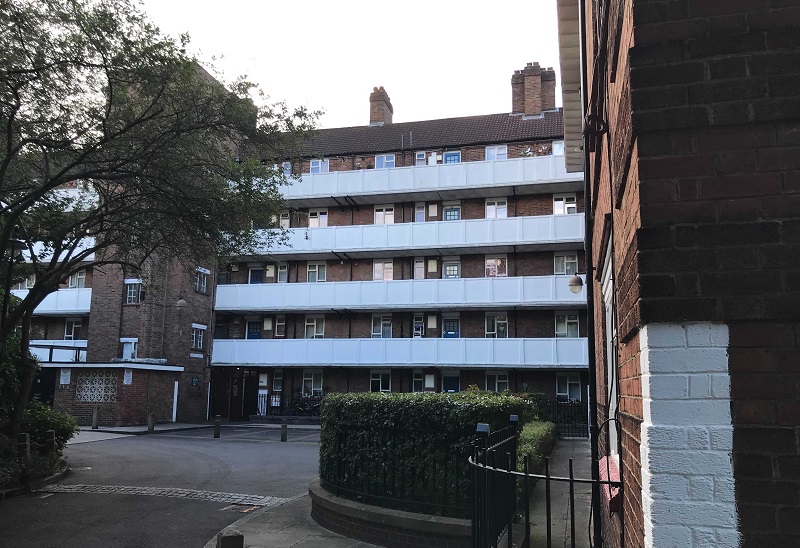 “If you have damage or mould they tell you there is nothing they can do about it.”

Paul McNeil, who has lived on the estate his entire life, told the Local Democracy Reporting Service that roughly 40 residents are impacted by water seeping into the estate with one resident reportedly having their ceiling collapse because of the mould.

Paul said: “Last year we had this awful smell come up into the flat. It smelt like gunpowder and eggs. It comes up from the bath.”

From quickly walking around the estate it is clear that most residents have experienced issues with Peabody.

One resident told the Local Democracy Reporting Service plaster had not been replaced at their home since the beginning of the year, while a second elderly resident had reported been left coated in mould.

A Peabody spokesperson said: “We are proactively managing the issues at Abbots House and are aware that the lift broke down on Wednesday (September 29) and the caretaker for the block raised an emergency repair.

“We have a proactive and detailed project to tackle damp and mould and have been in contact with affected residents to resolve their issues. Works to fix overflowing guttering which can cause water ingress and lead to damp and mould are happening soon but we recognise that the recent bad weather is exacerbating the leak issue.

“We take this extremely seriously and our team of caretakers, neighbourhood managers, surveyors and customer service colleagues are in touch with residents to make sure issues are dealt with.”