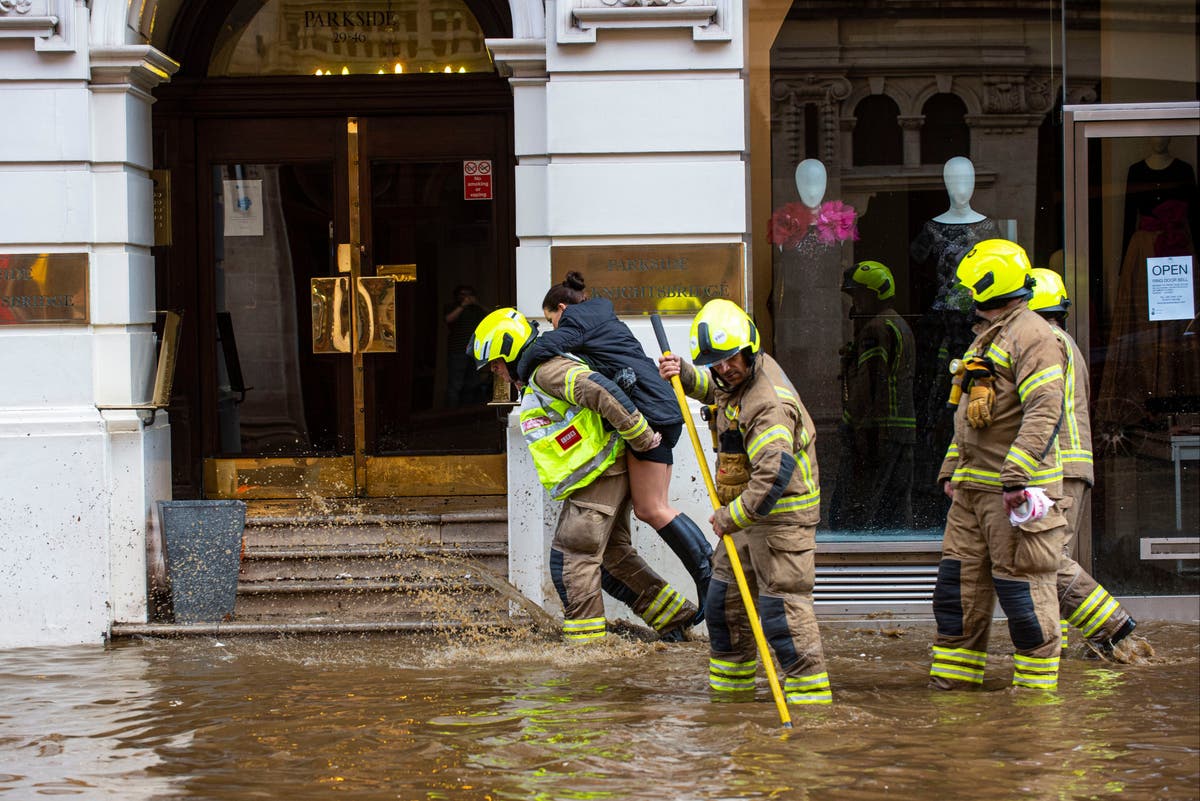 arts of London have been submerged in floodwater after more than an inch of rain fell on the capital in under an hour.

Flash floods in Knightsbridge burst into luxury shops with cars and buses spraying brown water along the high street as drains were quickly overwhelmed.

Transport for London (TfL) said before 7am that at least four lines were suspended or severely delayed.

Severe delays are currently being recorded on the Circle and District lines, Hammersmith and City lines with minor delays on the Piccadilly and Metropolitan lines.

The District and Circle lines, Hammersmith and City have been delayed due to floodwater gushing into the now-closed Gloucester Road, TfL said.

Paddington station is exit only with East Putney station on the District line also currently closed due to flooding.

Floodwater at Imperial Wharf has led to the London Overground being suspended between Kensington (Olympia) and Clapham Junction.

In north London, drivers ploughed on through the build-up of floodwater as traffic jams blocked Hampstead Road–also besmirched by road works.

In south London, videos emerged of drains coughing water back up onto the streets of Croydon as residents complained about poor infrastructure.

The A4 just past the Hammersmith Flyover had a whole lane completely submerged in west London.

“St James’s Park in London has recorded 26mm (just over an inch) of rain in the past hour.”

The national forecaster has a yellow weather warning in place running from 2am to midnight Tuesday, with the worst affected areas predicted to be the East and North East, as opposed to London and the South East.”