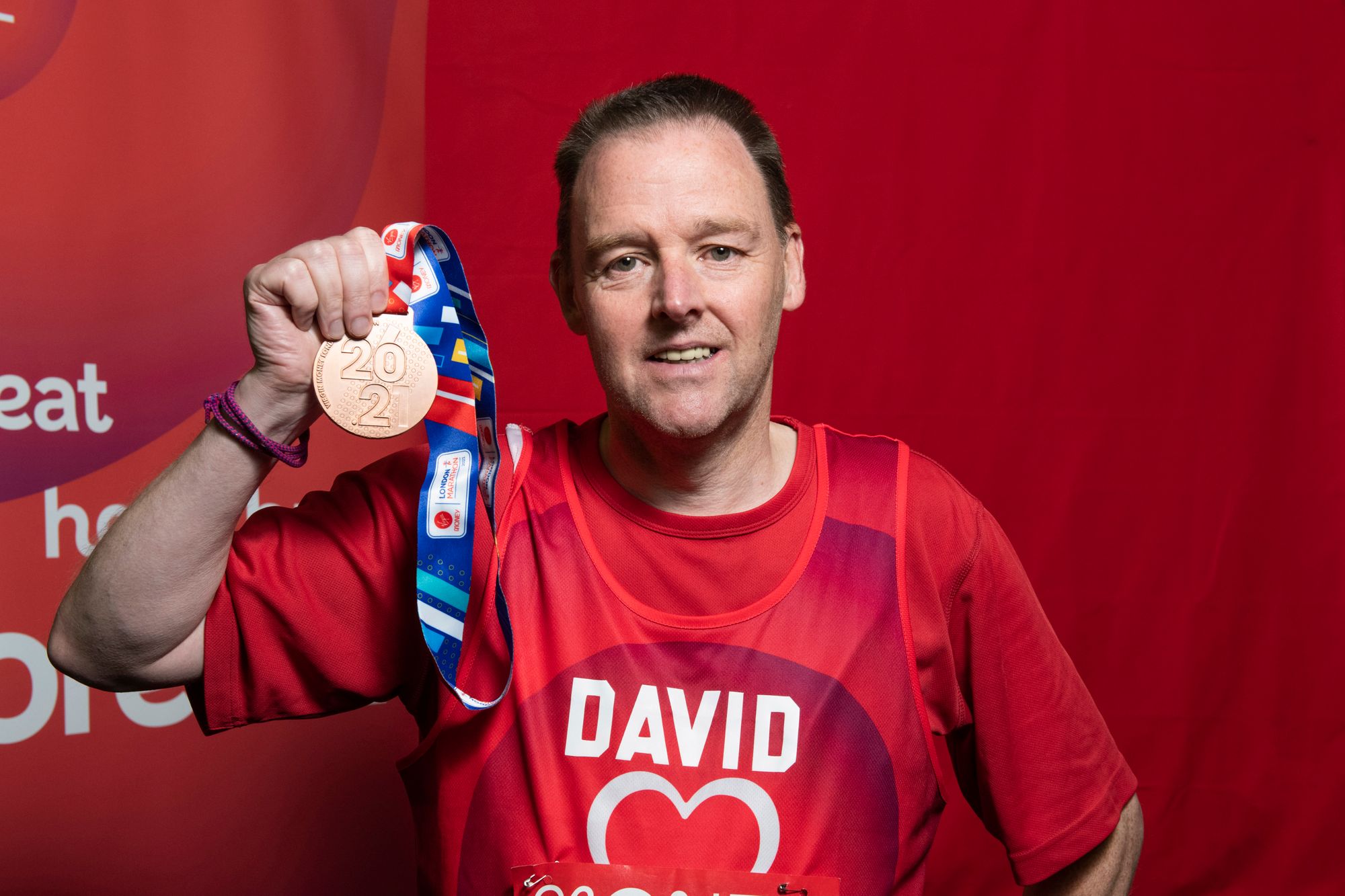 A man from Littleborough ran the London Marathon in memory of his late father and to raise money for the British Heart Foundation.

As well as raising the money David was also running in memory of his late father Brian Russon.

Brian had a heart attack and a heart bypass operation ten years ago but sadly six years later died of cancer.

Having always wanted to take part in the race David, 50, got through the ballot on his ninth try and completed the run in 4 hours 15 minutes.

He said: “Taking part in the London Marathon was a huge challenge and an incredible experience.

“Due to the pandemic, it’s been a long wait to get to the start line and I’m proud of what I’ve achieved and the money I’ve raised for the British Heart Foundation.

“The atmosphere on the day was electric and I want to say thank you to all the amazing people on the side lines cheering me on, they really inspire you to keep going and put a smile on your face.

“Knowing that the money I have raised will help the British Heart Foundation raise vital funds for life saving research for people in the UK living with heart and circulatory diseases was also a huge motivator.”

Last year the charity saw its income cut in half, after nearly all its fundraising events were cancelled and its shops were forced to close for months on end.

So far, BHF London Marathon runners have raised over £911,000 which will go towards improving the prevention, diagnosis and treatment of heart and circulatory diseases, which currently affect more than 7.6 million people in the UK.

“The stories of why our amazing supporters take part never fails to amaze me and it was incredible to be back at this legendary event, cheering David and our other BHF runners on.

“It’s thanks to the commitment of people like David, that the BHF has been able to continue to fund ground breaking discoveries including pacemakers and genetic testing for inherited heart conditions that help transform lives.”