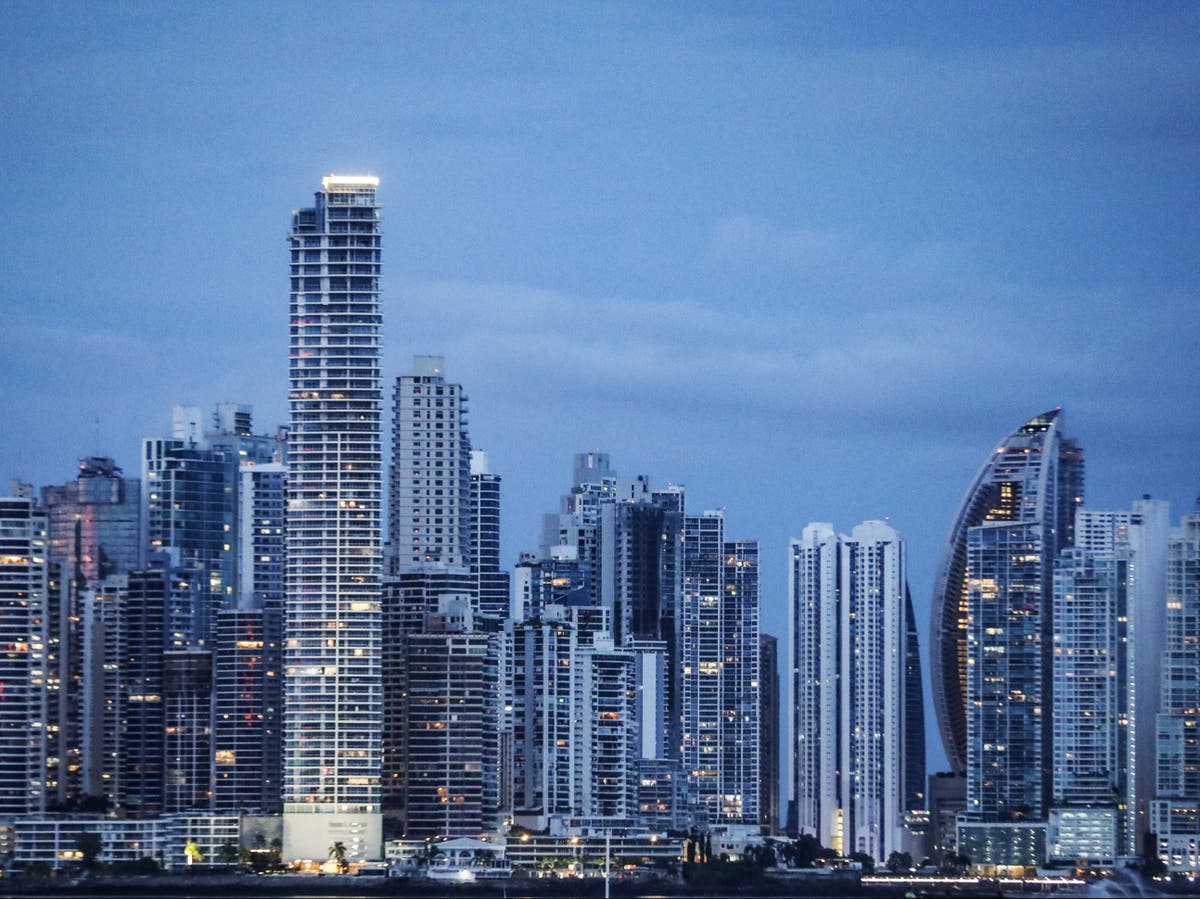 Rishi Sunak has said HM Revenue and Customs (HMRC) will probe the information revealed by so-called “Pandora papers” reports after a huge trove of leaked documents laid bare the financial arrangements of the world’s super-rich and political elite.

The papers describe the investments and other financial dealings of hundreds of politicians, celebrities, business leaders and even drug dealers who have used tax avoidance, property deals or other schemes to hide their vast wealth.

The leaked information is contained in some 11.9 million documents from 14 financial services companies around the world.

Mr Sunak, himself a wealthy former banker, told Sky News on Monday he had never benefited from any offshore schemes of the kind described by some of the leaks.

The chancellor also said he did not believe London’s reputation as a haven for tax avoiders was a source of shame. He added: “As you’ve seen from the papers, it’s a global problem, there’s a global dimension to it and we need other countries to co-operate with us to tackle this, but we’re determined to do that.”

Anneliese Dodds, chair of the Labour party, has responded to reports that Tory donor Mohamed Amersi has been linked to a major corruption scandal.

You can read our report on that here.

“It’s really concerning that the Conservatives have accepted hundreds of thousands of pounds from a man who appears to be closely linked to one of Europe’s biggest corruption scandals,” she said.

“The Conservatives should return the money he donated to them and come clean about who else is getting exclusive access to the prime minister and the chancellor in return for cash.”

The Tony Blair Institute has issued a response to coverage of the purchase by the ex-PM and his wife of a central London property that meant they did not pay stamp duty.

The couple bought the holding company which owned the property.

You can read our story about that here.

In a tweeted statement, the institute said the office premises were acquired from “an offshore company which the Blairs had had nothing to do with”.

It added: “[Cherie Blair] brought it onshore. No stamp duty was payable because it was the sale of a company.

“But capital gains tax – likely to be much more than the stamp duty – will of course be payable when it is resold.

“The allegation that [the Blairs] avoided tax is therefore completely false.

“They have always paid their taxes in full and never used offshore avoidance schemes of any kind.”

Jordan’s King Abdullah II has described his overseas property holdings as neither “unusual nor improper” in response to reports detailing his many expensive homes in the US and UK.

The monarch was named in Pandora papers reports which showed he had luxury homes in California, London and Washington DC worth tens of millions of pounds. The reports did not allege any wrongdoing but contrasted Abdullah’s vast wealth with the conditions in which many of his subjects live.

According to The Guardian the king’s purchases were made through offshore companies located in the British Virgin Islands.

In a statement through the royal court Abdullah said the transactions were kept under the radar for security reasons, and that no public funds were used.

The royal court’s statement said: “It is no secret that His Majesty owns a number of apartments and residences in the United States and the United Kingdom.

“As such, the details pertaining to these properties are made available to the concerned parties when planning both official and private visits and coordinating on security matters.

“These properties are not publicised out of security and privacy concerns, and not out of secrecy or an attempt to hide them, as these reports have claimed. Measures to maintain privacy are crucial for a head of state of His Majesty’s position.

“In addition to privacy requirements, there are critical security considerations that prevent divulging His Majesty’s and his family’s places of residence, particularly in light of heightened security risks.

“To this end, companies were registered in external jurisdictions to manage and administer the properties and to ensure strict compliance with all relevant legal and financial obligations.

“The cost of these properties and all related expenditures have been personally funded by His Majesty.”

The Pandora papers details are an embarrassing blow for the king, whose government was engulfed in scandal this year when his half-brother, former crown prince Hamzah, accused the “ruling system” of corruption and incompetence.

Abdullah responded that he was the victim of a “malicious plot”, placed Hamza under house arrest and put two former close aides on trial.

A Conservative party donor who helped fund Boris Johnson’s leadership campaign was involved in a major corruption scandal, according to an investigation into a trove of leaked financial documents.

Mohamed Amersi reportedly advised Swedish telecoms giant Telia on a £162m deal with the daughter of Uzbekistan’s former ruler Islam Karimov – a payment later described by the US authorities as a “bribe”, writes Adam Forrest.

The Swedish company was later fined £700m by the US authorities over the deal and accepted that the money given to Gulnara Karimova was a “corrupt payment”.

Oxfam claims leaks reveal ‘where our missing hospitals are’

The Pandora papers leaks show “where our missing hospitals are”, according to Oxfam.

The charity described the schemes revealed by the reports as a “secret parallel system of capital, one open only to those with fat amounts of money”.

Susana Ruiz, its international tax policy spokesperson, said in a statement: “This is where our missing hospitals are. This is where the pay-packets sit of all the extra teachers and firefighters and public servants we need.

“Whenever a politician or business leader claims there is ‘no money’ to pay for climate damage and innovation, for more and better jobs, for a fair post-Covid recovery, for more overseas aid, they know where to look.

“Tax havens cost governments around the world $427bn (£315bn) each year. That is the equivalent of a nurse’s yearly salary every second of every hour, every day. Ordinary taxpayers have to pick up the pieces.

“Developing countries are being hardest hit, proportionately. Corporations and the wealthiest individuals that use tax havens are outcompeting those who don’t. Tax havens also help crime and corruption to flourish.

“Governments’ promises to end tax havens are still a long way from being realised. We cannot allow tax havens to continue to stretch global inequality to breaking point while the world experiences the largest increase in extreme poverty in decades.”

Joe Biden’s White House has reacted overnight to the publication of reports based on the Pandora papers by promoting the president’s plan for higher taxes on the wealthy.

Its official account tweeted: “The Build Back Better Agenda will ensure the wealthy pay their fair share – giving the middle class a tax cut and ensuring lower costs on child care, health care, and more for working families.

“President Biden’s Build Back Better Agenda will crack down on the unfair tax schemes that give big corporations a leg up. It’s time to deal-in hard-working Americans and ensure the super-wealthy pay their fair share.”

Labour has said the Pandora papers show the need for a crackdown on “dirty money”.

Lisa Nandy, the shadow foreign secretary, said the UK must become “inhospitable” for wealthy people trying to hide their riches.

She tweeted: “The tentacles of dark money exposed by the #PandoraPapers reach into the heart of UK democracy. That’s why I announced a new Illicit Finance Taskforce at Labour Conference with the explicit aim of making Britain the most inhospitable place in the world for dirty money.”

And Margaret Hodge, a former minister in Tony Blair’s government, said the leaks “reveal a monstrous culture among the world’s richest” of “no integrity, just pervasive greed”. Britain was the “country of choice for kleptocrats”, she added.

Rishi Sunak has said wealthy people avoiding tax is a global problem, after he was asked whether he was ashamed that London is a haven for those looking to get out of paying their fair share.

He told BBC Radio 4’s Today programme: “I don’t think it’s a source of shame because actually our track record on this is very strong.

“As you’ve seen from the [Pandora] papers, it’s a global problem, there’s a global dimension to it and we need other countries to co-operate with us to tackle this, but we’re determined to do that.”

Tony and Cherie Blair avoided paying £312,000 in tax on the purchase of a London property by acquiring an offshore company, according to a trove of leaked documents, writes Daniel Keane.

The former British prime minister and his wife bought the £6.45m townhouse on Harcourt Street, Marylebone, in 2017 as an office for her legal advisory firm Omnia and her foundation for women.

The manner of the deal allowed the Blairs to avoid having to pay stamp duty, as the tax is not paid when the holding company of a property is acquired rather than the building directly. There is no suggestion the Blairs actively tried to avoid paying the tax and the transaction was not illegal.

Story in full: What is the ‘Pandora papers’ leak?

The secret offshore wealth of more than 300 world leaders, politicians and influential figures in the business world has been revealed in one of the largest ever leaks of financial data, writes Daniel Keane.

The Pandora Papers investigation, which involved a consortium of some 600 journalists from a variety of global media outlets, is based on the leak of some 11.9 million documents from 14 financial services companies around the globe.

Some 35 world leaders and more than 100 billionaires are implicated in the leaked documents. Among those named in the files are Tony Blair, associates of Russian president Vladimir Putin, King Abdullah of Jordan, and Czech prime minister Andrej Babis.