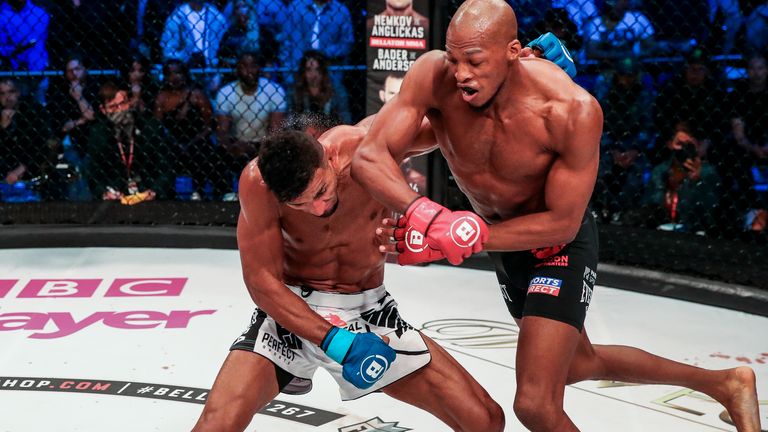 After earning a split-decision win over the only man to beat him inside an MMA cage, Michael ‘Venom’ Page has called for a trilogy fight with Douglas Lima over a title opportunity.

In a tense, three-round affair at Bellator 267 in Wembley Arena last Friday, Page was awarded the bout in front of a raucous London crowd with two of the three judges favouring the 34-year-old.

Page called for a title fight with undefeated welterweight champion Yaroslav Amosov in his post-match interview.

However, it seems that the Londoner was not satisfied with the win and had a change of heart, telling reporters he now wants a trilogy fight with Lima, before going for Bellator gold.

“In all honestly, I’m probably going to push to get this one back again,” said Page. “Let’s do five rounds. Why not? Let’s go longer. Because if by the end of the third, that had happened again, I’ve got two more rounds to find you and finish it properly.”

Despite the result dividing the MMA community, it was Page’s sixth win in a row since defeat to Lima in 2019 which should now see ‘MVP’ be given a shot against Amosov in 2022.

But according to Page, the Bellator welterweight title is not the be-all and end-all for him. 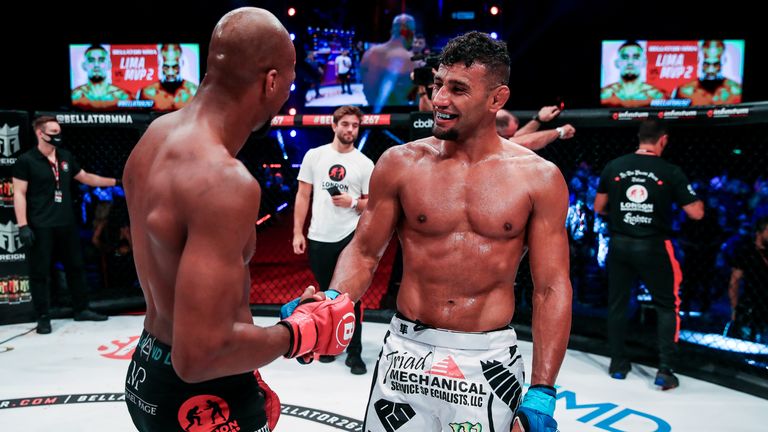 Image:
Page and Lima show their respect for each other in the cage after MVP’s split-decision victory

“I’ve been telling people from the beginning. I feel like no one really listens. I don’t care about the title,” he said. “It’s a belt – who cares? How many people that are titleholders that are nowhere near as popular as I am? The belt doesn’t mean anything. It does obviously, but for me it doesn’t.

“That moment there, [walking out to the London crowd in Wembley Arena] there’s so many belt holders in Bellator that couldn’t pull that off. I could say that with confidence. There are a lot of people who cannot pull what I did off today, and I feel like people are drawn to me because of my enjoyment for the sport, not because I’m chasing anything.