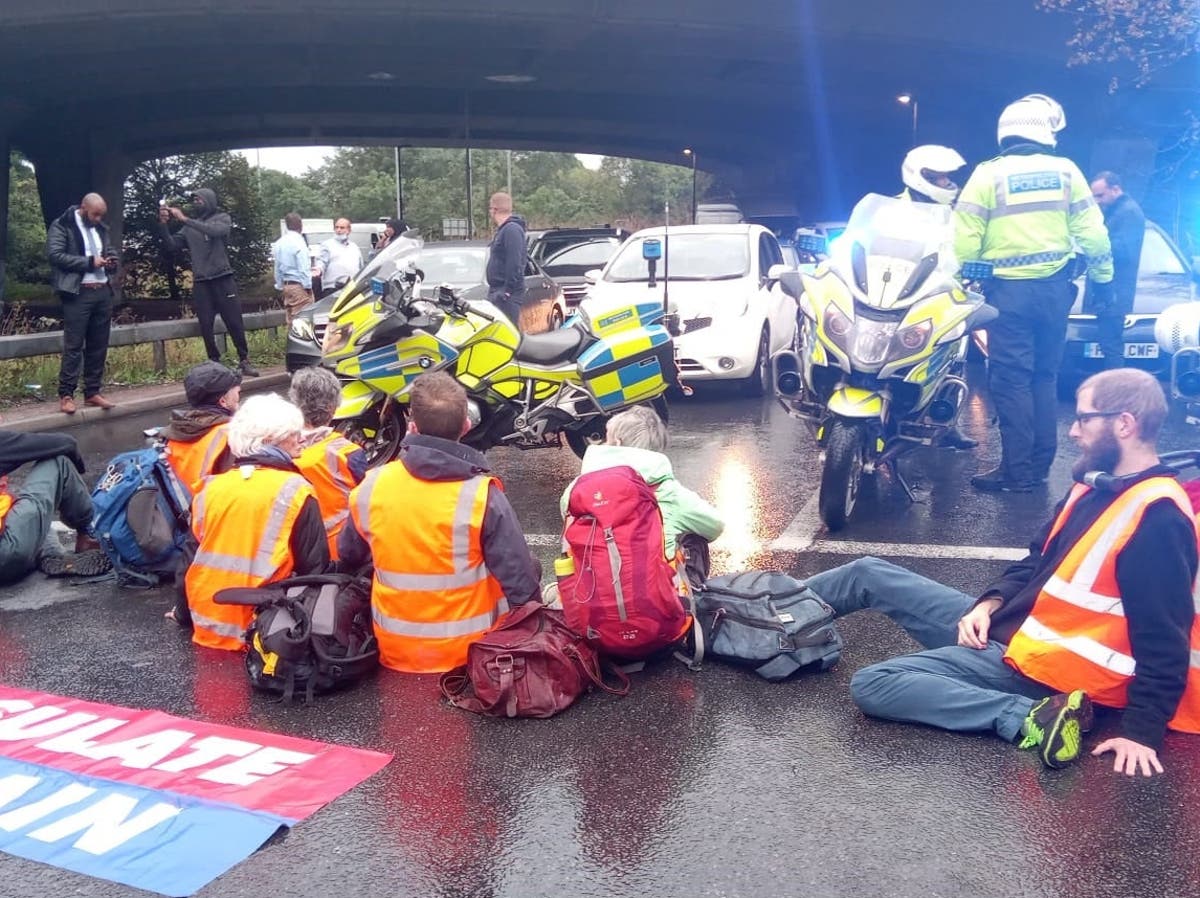 They include Hanger Lane, Arnos Grove, and the Blackwall Tunnel. The activists also blocked Wandsworth Bridge in south London.

The environmental group said around 50 people were involved in the demonstrations calling on the government to improve the quality of homes to help tackle climate change and fuel poverty.

At the Blackwall Tunnel, a group of activists sat down on the northbound A102 causing large queues to build up during rush hour.

In a video posted by LBC, a woman is pleading with the protesters to move – saying that she needs to drive to see her sick mother in hospital.

She told them: “She’s in the ambulance, she’s going to the hospital in Canterbury … I need to go to the hospital, please let me pass. This isn’t OK … How can you be so selfish?”

As protesters assemble into their positions on the road with their banners, a man at the traffic lights is seen attempting to drive his van around them but ends up slowly driving into one of the activists before having to reverse.

At Wandsworth Bridge, members of the public are seen repeatedly dragging protesters off the road so that motorists – including an ambulance crew – can continue their journeys.

The Metropolitan Police said that at least 38 people have been arrested for blocking the roads this morning.

It is the eleventh day of action by the group over recent weeks. The group has previously targeted the M25, M4 and Port of Dover.

The latest protest also comes after the government took out a fresh injunction last week banning protesters from Insulate Britain from obstructing traffic and access to motorways and major A Roads in and around London.

Insulate Britain has pledged to continue its action until the government makes “a meaningful statement indicating that they will insulate all of Britain’s 29 million leaky homes by 2030”.