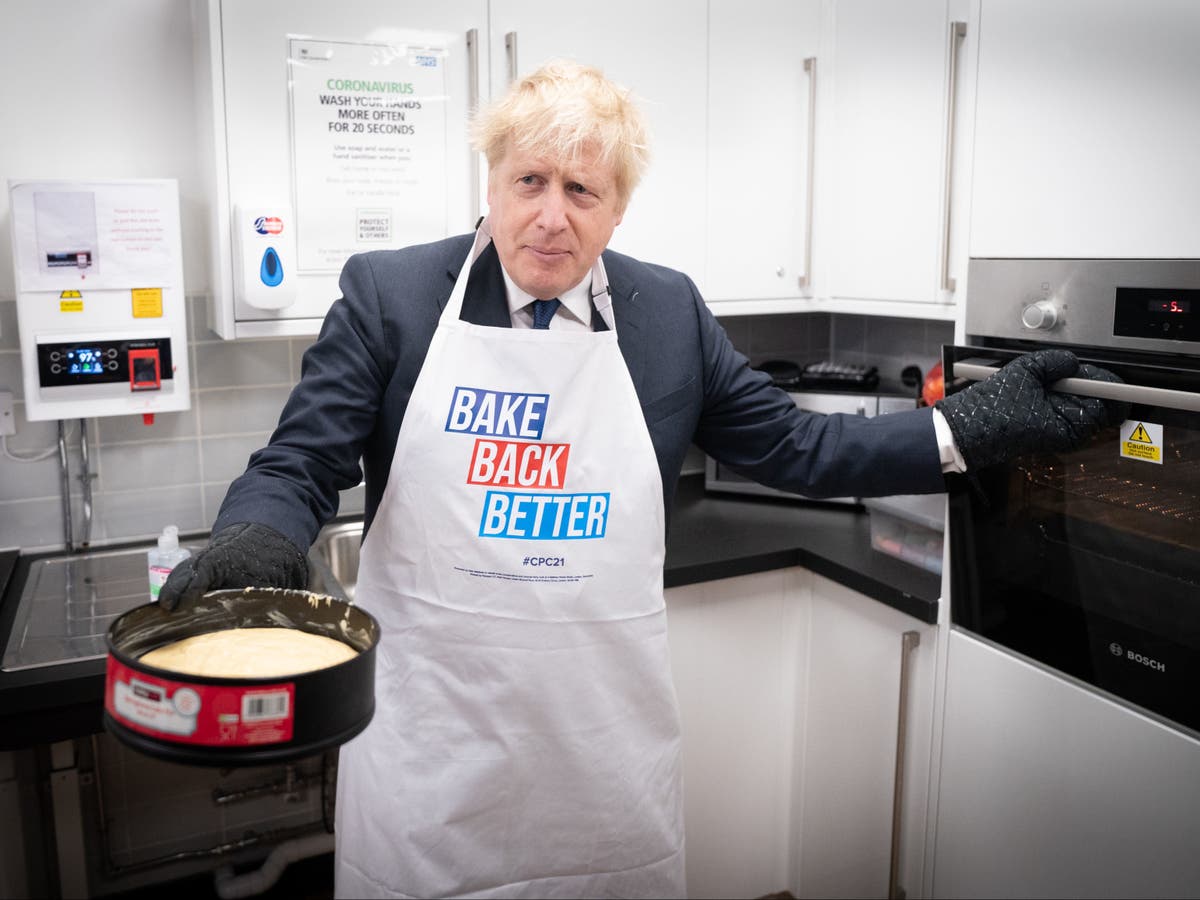 Rishi Sunak will commit more than £500m in fresh funding to help people back into work after the pandemic, in a speech that is expected to focus on ministers getting Britons new or better jobs amid pressure over a major squeeze on living standards.

In his first speech as chancellor at the annual Conservative Party conference, which is being held in Manchester, Mr Sunak is set to explain that the new funding will be used to help workers leaving the furlough scheme and unemployed over-50s back into work, while the “kickstart” scheme for young people will also be extended.

Labour questioned if the move could do anything “to compensate” for Universal Credit and National Insurance tax rises, and Britain’s subsequent cost of living crisis, but businesses welcomed the “pivoting from furlough to economic recovery”.

Conservative MPs descended on Manchester over the weekend as the party’s annual conference got underway on Sunday. An image of Boris Johnson going for a run, wearing a shirt and smart shoes with sport shoes, quickly went viral on Twitter. Elsewhere, Brexit minister David Frost is due to give a speech in which he will renew calls for the EU to back down in negotiations with the UK over the Northern Ireland Protocol.

Tony and Cherie Blair avoided paying £312,000 in tax on the purchase of a London property by acquiring an offshore company, according to a trove of leaked documents.

The former British prime minister and his wife bought the £6.45m townhouse on Harcourt Street, Marylebone, in 2017 as an office for her legal advisory firm Omnia and her foundation for women, writes Daniel Keane.

The manner of the deal allowed the Blairs to avoid having to pay stamp duty, as the tax is not paid when the holding company of a property is acquired rather than the building directly. There is no suggestion the Blairs actively tried to avoid paying the tax and the transaction was not illegal.

Following my last post, Nick Allen said Christmas turkeys are likely to be from the continent this year due to labour shortages in Britain following Brexit, adding some foods like pigs in blankets may not be available.

“We’re not saying that there’s not going to be food on the table at Christmas, but we’re struggling to put the party food together – the pigs in blankets, the netting of gammons,” he said.

“But I suspect that food can be imported and probably the turkeys might not be British turkeys but they may end up being French, or even turkeys from further afield.

“We’re not saying there’s going to be desperate shortages, but there certainly won’t be the choices available for British food, that’s for certain.”

PM accused of being out of touch with struggling pig farmers

Nick Allen, chief executive of the British Meat Processors Association, has said he was “surprised” that Boris Johnson appeared to be unaware of problems facing pig farmers when questioned on the BBC’s The Andrew Marr Show.

Mr Allen added that tens of thousands of butchers are needed and the training period for each is around 18 months.

“We’ve been talking to government on a daily basis about the problems we’ve been having, so I’m somewhat surprised that he [Mr Johnson] wasn’t aware of the situation.

“We’re short of skilled-up butchers and these aren’t people you can just pull off the street and put in the process. It takes time to train these people and we’re about 10,000 to 15,000 people short.

“It takes 18 months to train a butcher and get them up and running, so we’re looking for some help here to manage the transition, not just stopping everything overnight.

“We’ve had a long-term reliance on non-UK labour and it’s going to take a long time to adjust.”

Sunak pledges £500m to help people back into work after Covid

Rishi Sunak is to commit more than £500m in fresh funding to help people back into work as he seeks to stem the continuing turbulence of the coronavirus pandemic.

He will explain, during his first in-person speech at the conference as chancellor that the new funding will be used to help workers leaving the furlough scheme and unemployed over-50s back into work, while the “kickstart” scheme for young people will also be extended.

It comes after he resisted expanding all of the support announced during the pandemic, with the furlough scheme ending and the £20-a-week uplift to Universal Credit falling away.

Good morning, and welcome to The Independent’s rolling politics coverage as Day 2 of the Conservative Party conference gets going. Stay tuned as we bring you the latest updates from Manchester, where the summit is being held, Westminster and beyond.