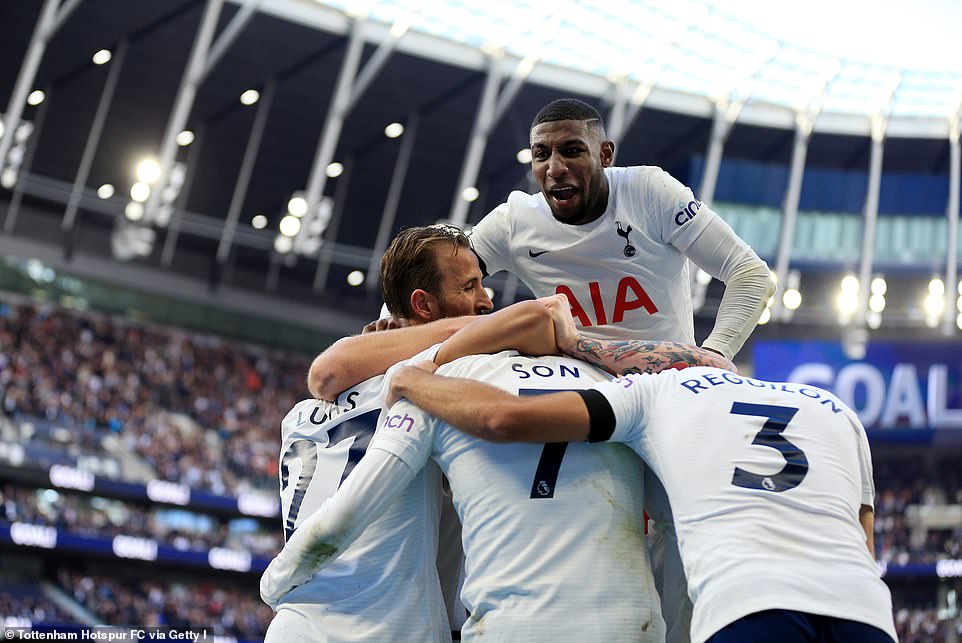 Tottenham stopped the rot, claimed their first points since August and Nuno Espirito Santo stepped into another international break with a sigh of relief.

It has been a heavy month for the Spurs boss, but he greeted this victory without a trace of emotion.

Nuno turned to Dean Smith, offered a handshake and strode out to offers his congratulations to his players and his applause to the home crowd. 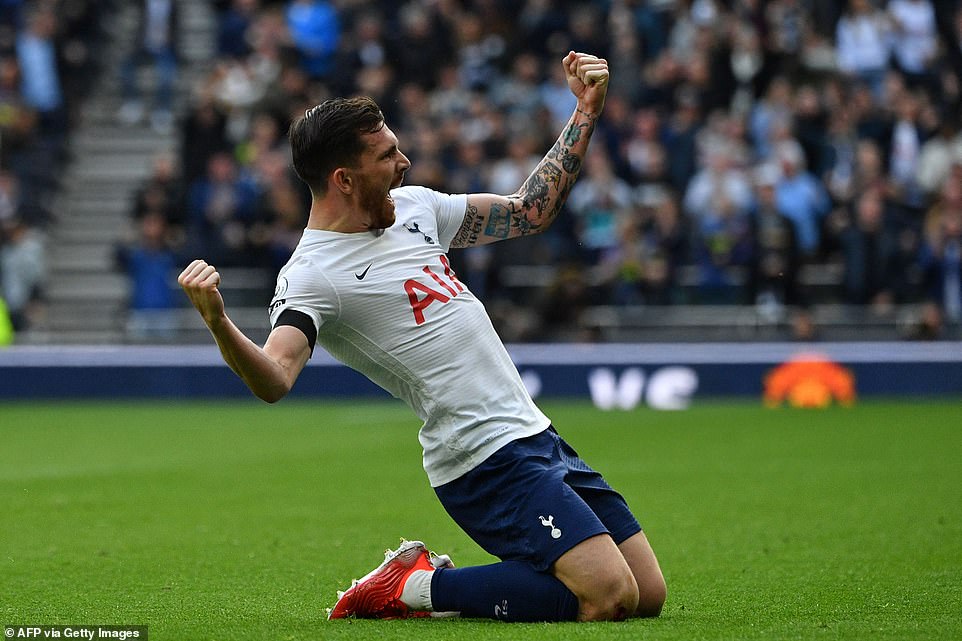 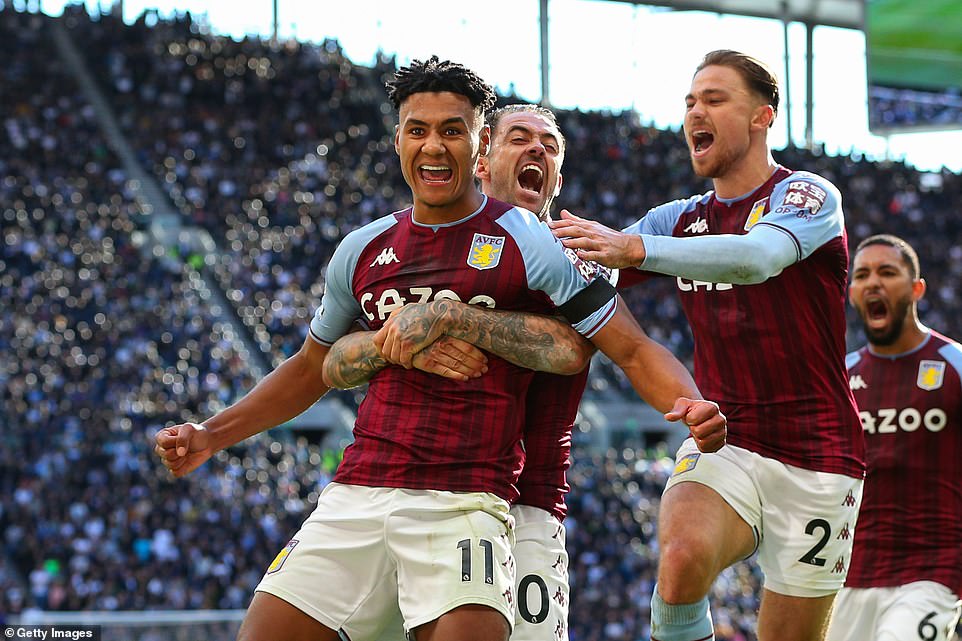 Ollie Watkins however restored parity in the second half, given the simplest of finishes from Matt Targett’s low cross 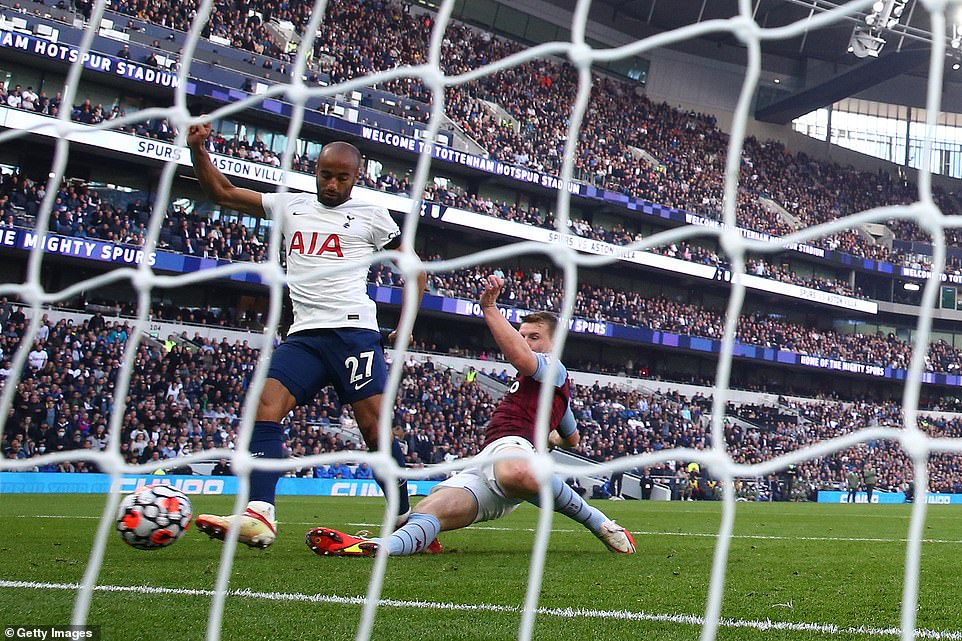 They are not fluent and there are still no goals in the Premier League for Harry Kane but to avoid defeat was vital and to win again was even better.

Heung-min Son was outstanding and created both goals, the first scored by Pierre-Emile Hojbjerg supplied the first goal and the winner, 19 minutes from time, credited as an own goal by Aston Villa defender Matt Targett.

In between, Ollie Watkins equaliser and the visitors played their part in an enjoyable contest.

Villa’s win here in May encapsulated Tottenham’s shambolic end to last season. Ryan Mason was in caretaker control and there were protests from home fans inside the ground. Less than five months on and the protesters were back, hanging their ENIC-out banners from the railings in the High Road before kick-off.

Spurs started poorly, forced back by Villa’s energy, apprehensive in the face of confident visitors but slowly grew into the game with flickers of promise from Son Heung-min, wide on the left. One swift turn left Matty Cash in his wake, triggering a spell of pressure during which Harry Kane almost found the net from 45 yards.

Tanguy Ndombele won a free-kick just inside the Villa half and Kane spotted his chance quickly and went for goal sending a ripple of excitement around the ground as, for a split second, it appeared like it might clear Emi Martinez who was off his line.

But the goalkeeper was alert to the danger, scrambled back hastily, leapt and reached the ball at full stretch, somewhere near the penalty spot.

Son fired wide from distance, before his run and pass set up Hojbjerg to score with a precise finish, curled inside a post from just outside the penalty box.

It was only Tottenham’s fifth goal of the Premier League campaign, and only the fourth from open play, the other three all scored by Son.

The relief was palpable in the celebrations but Villa produced a response, forcing Spurs to defend a barrage of set-pieces, including the long-throws sent spiralling into the box from either flank by right-back Cash.

John McGinn lashed a crisp volley narrowly wide from 25 yards and Tottenham conjured a series of vital blocks and clearances to protect their lead.

Oliver Skipp hooked clear to deny Danny Ings, early in the second half, although Villa’s determined search for an equaliser exposed their defence, producing openings for the home team, who looked happiest when breaking out of defence on the counter-attack. 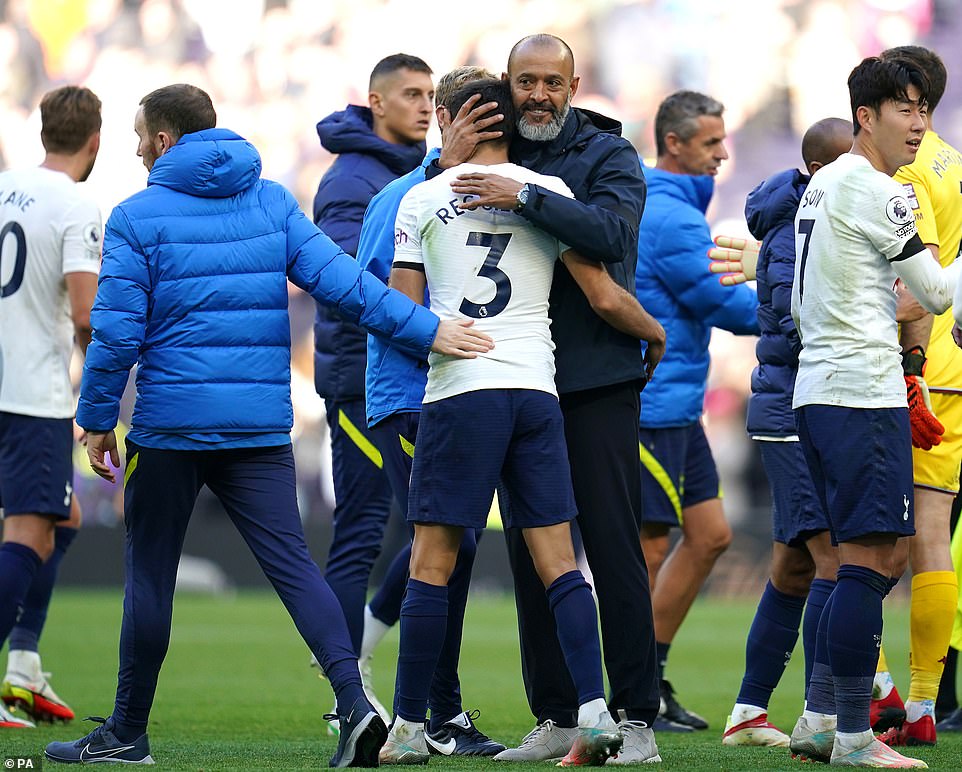 The win relieved the pressure on Spurs boss Nuno Espirito Santo, who had seen his side lost three on the trot in the league 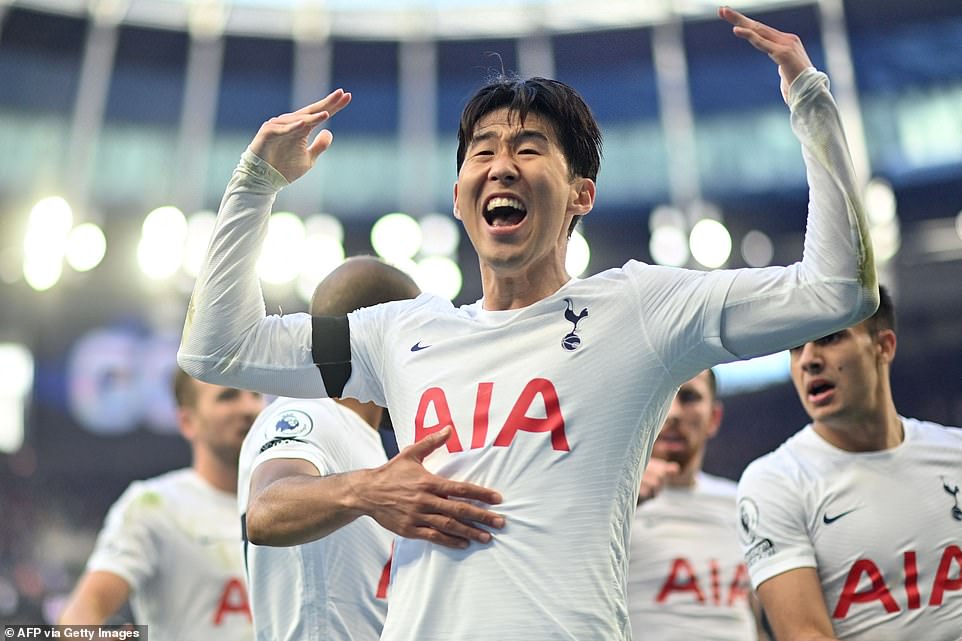 The South Korean delivered an inspired performance in north London, with Villa’s defence unable to cope with his runs 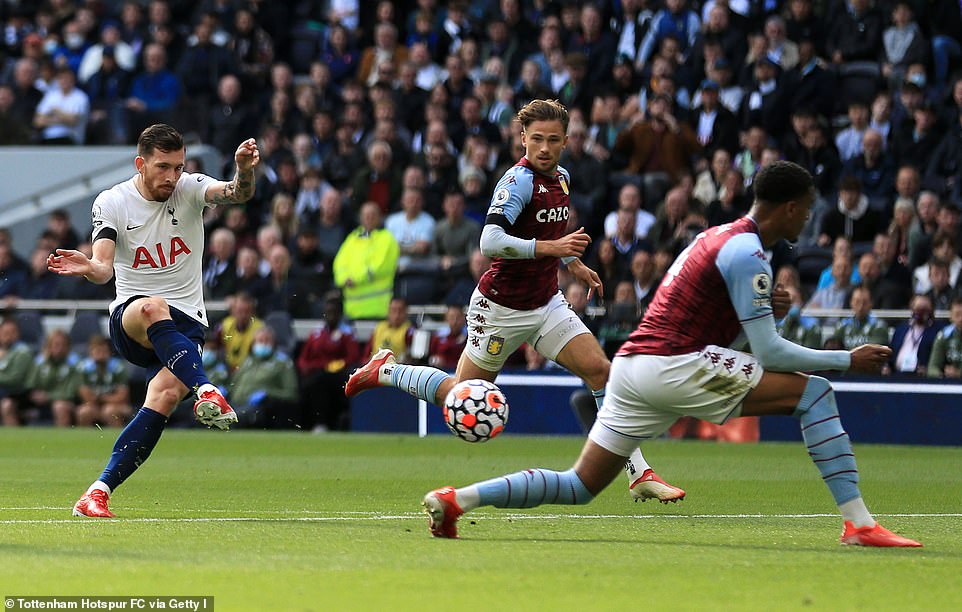 After a bright Villa start, it was Spurs who took the lead when Hojbjerg found space on the edge of the box to curl home 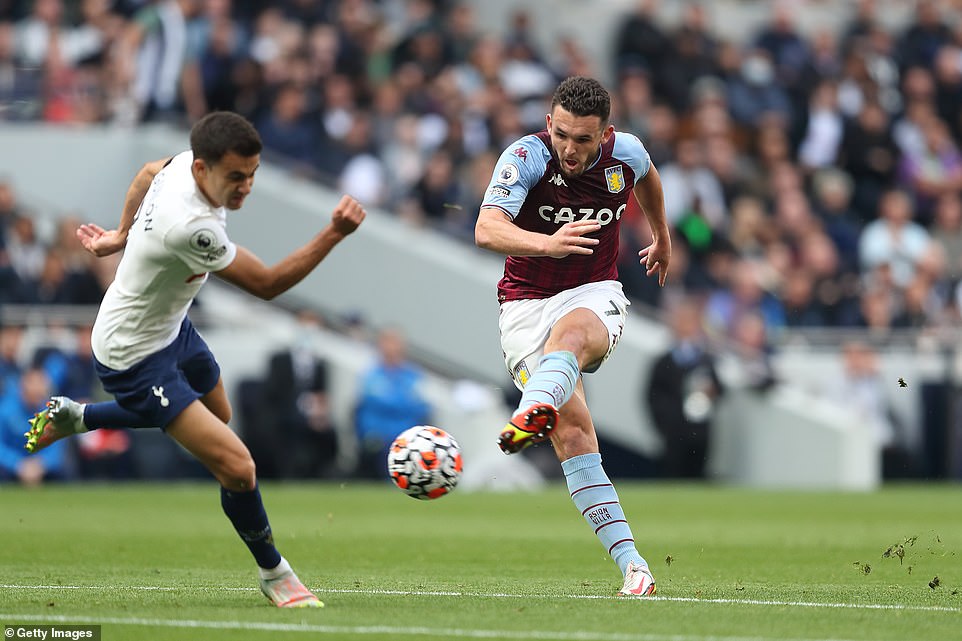 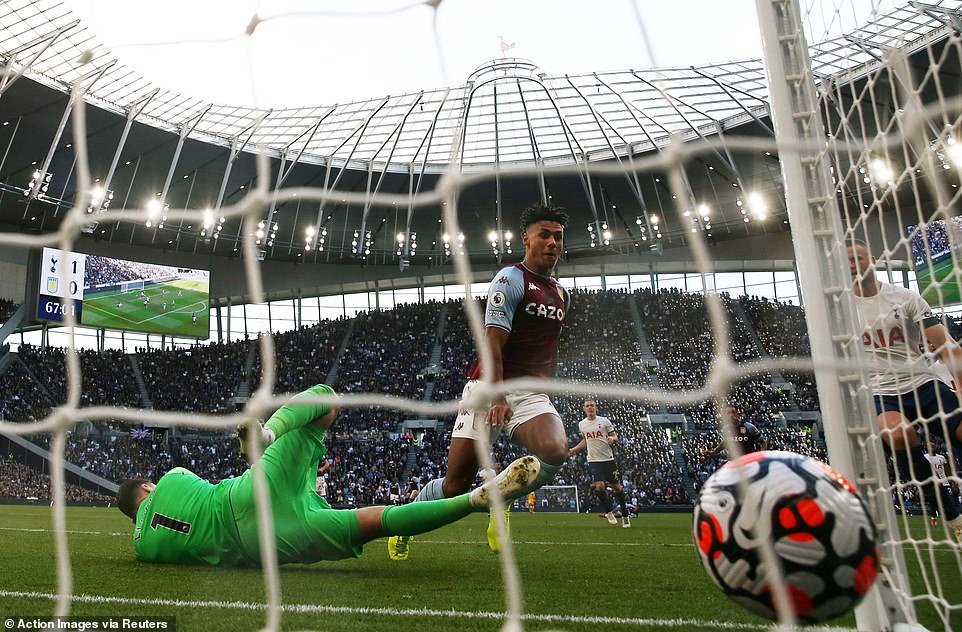 All of which made for a breathless end-to-end spectacle. Son was particularly threatening in the space behind Cash. The Korean forced a save and sent another effort flashing wide but the visitors were next to strike, drawing level in the 67th minute.

It was a slick sequence of passing through Jacob Ramsey and Ings to Targett, who tore forward on the left and found Watkins with a low cross.

Watkins gave Hugo Lloris no chance but Spurs restored their lead within four minutes. Again, it was Son causing the problems for Villa, sprinting clear down the left, shimmied past Kortney Hause and pulled the ball square.

With Martinez marooned by the cross, Lucas Moura raced Targett in a sprint at the back post and bundled into the open goal. Moura thought he had scored his first goal since February but it went down as an own goal by Targett. 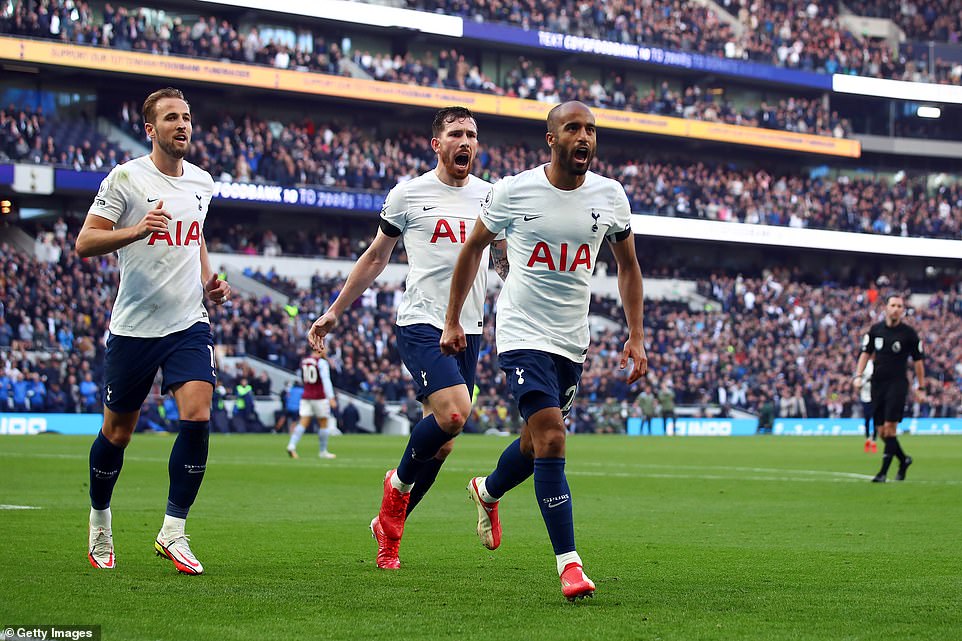 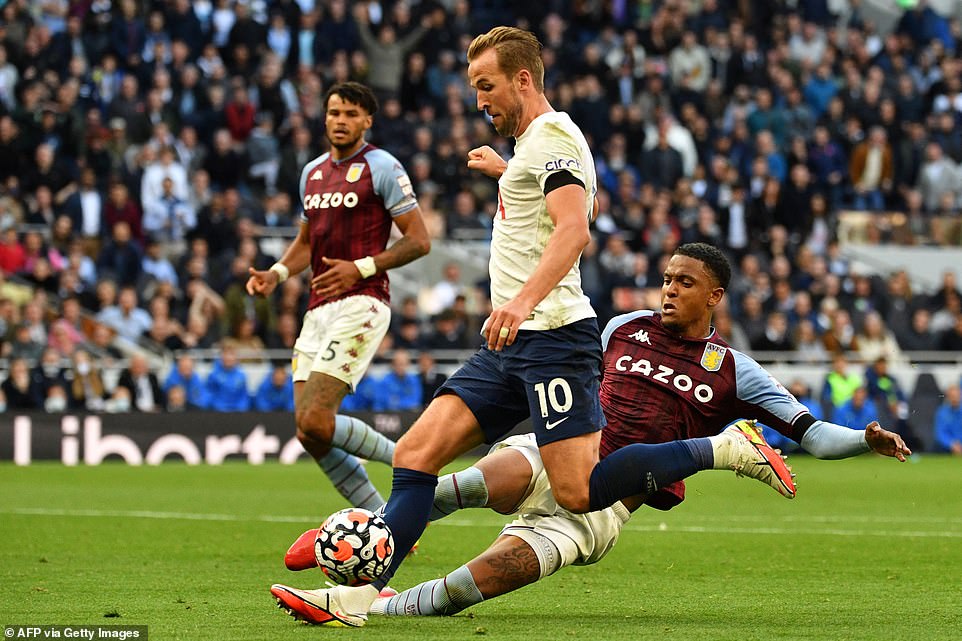 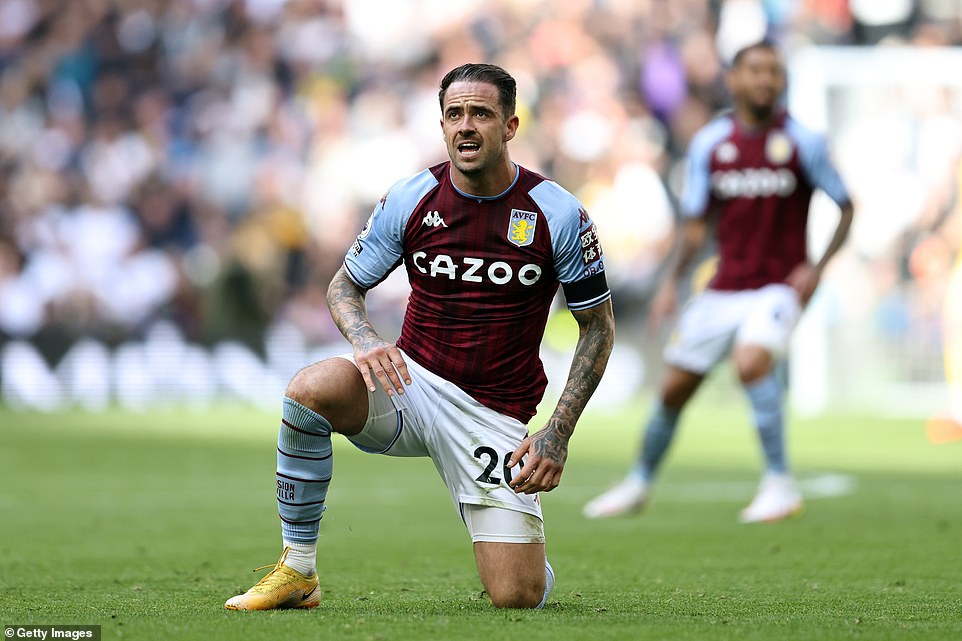 At the other end, Danny Ings was also denied by Hugo Lloris following a left foot effort after missing his initial attempt 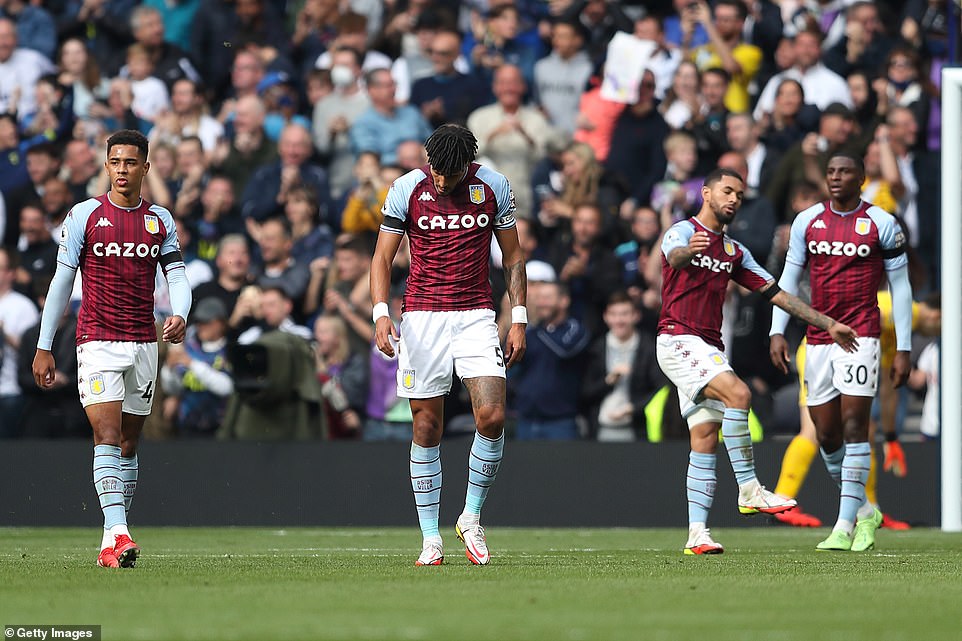