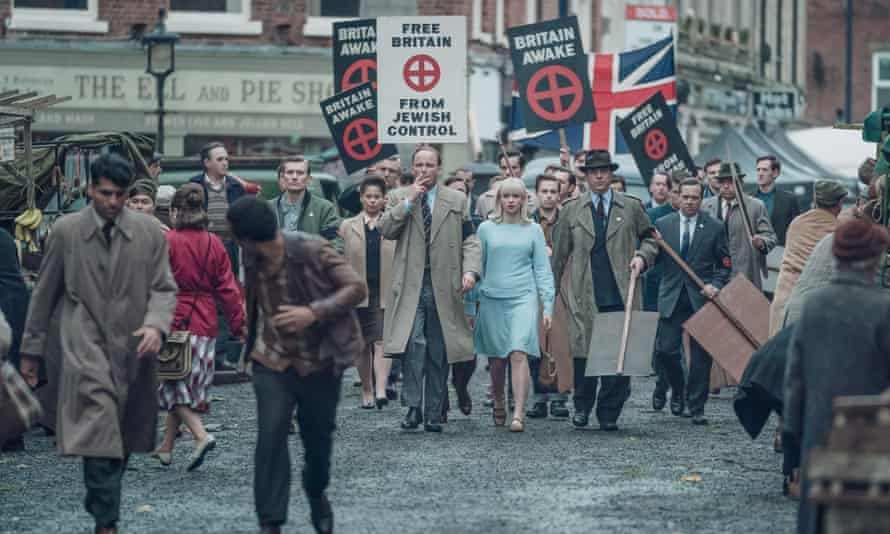 Writer and actor Sarah Solemani, 39, was born in Camden, north London, to an Iranian father and Northern Irish mother. She studied politics at Cambridge, where she became vice-president of the Footlights. Her first major TV role was alongside Russell Tovey in the BBC Three sitcom Him and Her. Subsequent credits include Bad Education and No Offence, and the films Bridget Jones’s Baby and How To Build a Girl. Solemani is writer and executive producer of Ridley Road, a new BBC drama adapted from Jo Bloom’s novel. She lives in LA with her husband and two children.

Ridley Road is about the 62 Group, an anti-fascist resistance movement in London’s East End in the 1960s. How did you become interested by their story?
I used to live near Ridley Road, so when Jo Bloom’s novel came out in 2014, I pounced on it. It’s insane how little I knew about the area’s history – how close the far right got to power and how organised the anti-fascist movement became to fight it off.

Did your family background give you a personal connection?
Yes, my dad was an orthodox Jew who grew up around there. My mum’s side of the family also lived in the area. My grandmothers both shopped in Ridley Road market – not realising they were feeding families that would one day come together and create me!

You did lots of research. Was that eye-opening?
Very. I was surprised by how people viewed fascism back then. We like to think we were on the right side of history and fascism died with Hitler, but in 1962, the full extent of the Holocaust wasn’t widely known. In some quarters, it was still known as “the Jewish war”, one we shouldn’t have got involved with. This was before the Race Relations Act so freedom of speech meant you could get a permit and fly swastikas in Trafalgar Square. You could march through Jewish communities waving fascist flags and the police would protect you. It was alarming but fascinating.

The rhetoric about “taking our country back” seems scarily pertinent today.
Exactly. I made a rule for myself that everything spoken by the far-right characters, you could hear now.

Were you hesitant about humanising the Nazi characters?
No, I was determined to. Because they are human, they’re not monstrous robots. Depictions of Nazis are often one-note and villainous but it’s human thought that led them to that position. There’s a logic there. Understanding it might help us unpack what’s happening now. Populist politicians are popping up all over the world, partly because we haven’t humanised the far right in the past. Thought is fluid, not black and white. That’s why an Obama voter could back Trump four years later.

What’s been your reaction to the resurgence of antisemitism in recent years?
Being Jewish in Britain is a very different experience to being an American or Israeli Jew. There are only 260,000 Jews here. Often, our experience of racism isn’t allowed to be defined by the Jewish person. We’re told it’s something else, perhaps to do with Middle East politics. In an age of identity politics, all those myths about Jews being rich and controlling things still haven’t been broken.

Did writing Ridley Road make you despair at times?
Well, most fascist movements are pretty textbook. I live in Los Angeles now, so was writing this show in Trump’s America. The pockets of the far right in England’s post-industrial regions are now targeting Muslim minorities. So there’s something unique to the Jewish experience but also something universal about how societies react to immigration and economic recession. If we understand those patterns, we can defeat them. That reassured me and made me less despairing.

You have co-created and will co-star in Chivalry, Channel 4’s forthcoming #MeToo satire, with Steve Coogan. How did that come about?
We were working together on the film Greed when #MeToo happened. We had rows on set about whether it had gone too far or whether it was a necessary reckoning. Obviously Steve’s very funny and I can hold my own, so the way we were debating was making people laugh. We thought this might be a chance for men and women to laugh together, while recognising the abuse and trauma. That fine line, navigating this new landscape, is what the show’s about.

Did you draw on your own experience?
I didn’t think I’d need to revisit certain painful, traumatic events from my past but our director, Marta Cunningham, said: “Yeah, you do. It’s true to you and it’s what this show is.” So it became a real tug between comedy and drama. A lot of women think, “God, that was just an unfortunate incident or me not managing it well” but actually no, there was an abuse of power. I had to question and come to terms with certain things. At auditions, I’d be asked to roll around on a bed with a man I’d never met, in a setting where I was the only woman. That all came out too. It was quite full-on.. 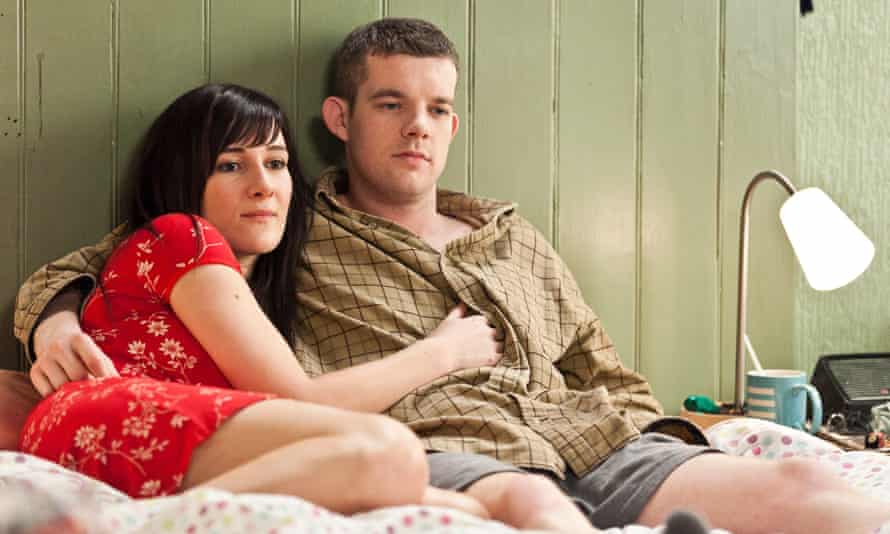 With Russell Tovey in Him & Her. Photograph: BBC/Big Talk

You’re part of the writing team on HBO series Barry about a hitman-turned-actor. What’s that like?
When I first spoke to [co-creator and star] Bill Hader, he was looking for an actress to be in the writer’s room, so I told him all my actress anecdotes. He was the first fellow professional to say: “That’s so fucked up.” That was when I realised: “Oh, that wasn’t OK.”

Did you have to leave the UK to get taken seriously as a writer?
I knew I was good enough but British TV is such a small world. There were four or five male gatekeepers to the channels and they kept saying no. America isn’t some gender-equal paradise, but it’s a much bigger market. Because it’s a hyper-capitalist culture, they take economic arguments seriously and women are half the audience.

And now you’re adapting Mary Trump’s book about her uncle, Too Much and Never Enough, for TV?
It’s still in its early stages but I’m working closely with Mary and it’s incredible, unpacking the psyche of that family. We look at the origin story of the Trump women, working out how Donald happened and why he was enabled.

You co-founded the #RaisingFilms campaign for working parents in the UK screen sector. How’s that going?
Tom Hardy and Charlotte Riley have picked up the ball and run with it. They’ve built a nursery bus with a breastfeeding area and trained childcare staff that can go on set. They’ve figured out the budgeting, so basically, Tom has a smaller trailer and it pays for the bus. It means care-givers in the industry don’t have to choose between working or raising a family.

You’re also a champion of sex worker rights. What drew you to that cause?
I went to a talk about trafficking and started going to the women’s centre in Kentish Town, north London, where the English Collective of Prostitutes is based. I got involved in campaigning because our laws on sex work are so Victorian. It feels like a missing piece of our social evolution that the poorest, most vulnerable women are getting arrested for selling their bodies. Most of them are only doing sex work to feed their children. We should remove the laws on kerb-crawling, brothel-keeping and soliciting. It would save lives.

How do you relax?
I do all the cliched Californian things like yoga and surfing. As a Londoner who never went to the seaside, I was scared of the ocean. Surfing has been profoundly good for me. “The ocean doesn’t care” is my instructor’s motto.

Ridley Road starts at 9pm on 3 October on BBC One, with all episodes available on iPlayer

August house price growth accelerates to over 10 per cent – ONS