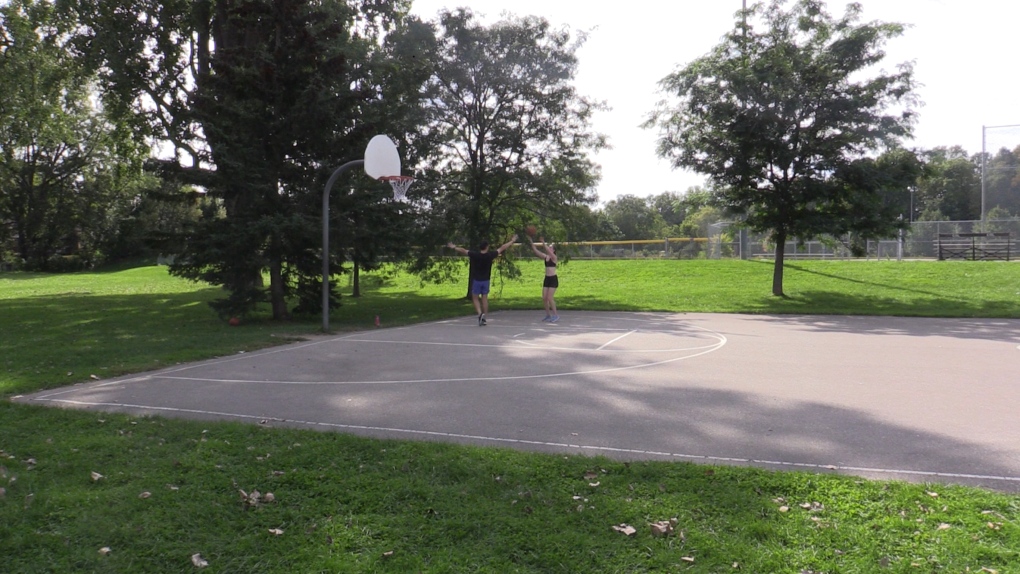 In the wake of the terrorist attack in London, Ont. in June, Maple Leafs Sports and Entertainment (MLSE) is hoping to create lasting change in the Forest City.

MLSE is investing $250,000 in a legacy project where they will refurbish outdoor courts at a London park.

“This is such an important day for London Ontario and sport has the power to unite,” says Ed Holder, London’s mayor.

The announcement of the funding was made at West Lions Park Saturday, one of a few potential sites being considered.

MLSE was in town with the Toronto Raptors who were holding an open practice Saturday afternoon at Budweiser Gardens, and the Toronto Maple Leafs who are playing an alumni game Sunday.

“We feel very strongly about doing our part to help this community heal,” says Terri Dennis-Davies, senior vice-president people and inclusion at MLSE.

“We feel that a legacy project is really something that we can contribute in terms of bringing this community together and standing for anti-racism and anti-hate.”

MLSE is creating a $250,000 Legacy project which will see the refurbishment of outdoor courts in London, Ont. on Saturday, Oct. 2, 2021. (Brent Lale/CTV London)

The attack on June 6, killed four members of the Afzaal family. Police have said the attack was motivated by hate against the Islamic faith.

“It was one week into my job that the terrorist attack happened,” says Rumina Morris, London’s director of anti-racism, and anti-oppression.

“It really brought to the surface for me how important this work is and how necessary it is in our community. So this is a great opportunity to sort of bring the community back together again. We’ve done a lot of healing over the last few months, but there’s still a lot to go, so I’m really looking forward to this being a way to keep building on the community that has surrounded the Muslim community in regards to this attack.”

To help the Muslim community heal in the city, Penny Appeal Canada and MLSE have partnered to provide lasting supports in London.

“We asked the community what was needed most, and they responded in unison that mental health support was needed,” says Akber Ali, chief development officer at Penny Appeal Canada.

“So we’re going to find a mental health support worker for an entire year here to help not only the students at the school, but also the community members that still are looking to heal.”

London city council will still have to sign off on the project, but Mayor Holder doesn’t think that will be a problem.

“I think Council gets it in a really big way and I would imagine they’re going to be incredibly supportive,” says Holder.

“I know they will be, because this is about our young people and this is about sport. We are the sports capital of Canada, and today is an important day because it really is like breaking court ground.”