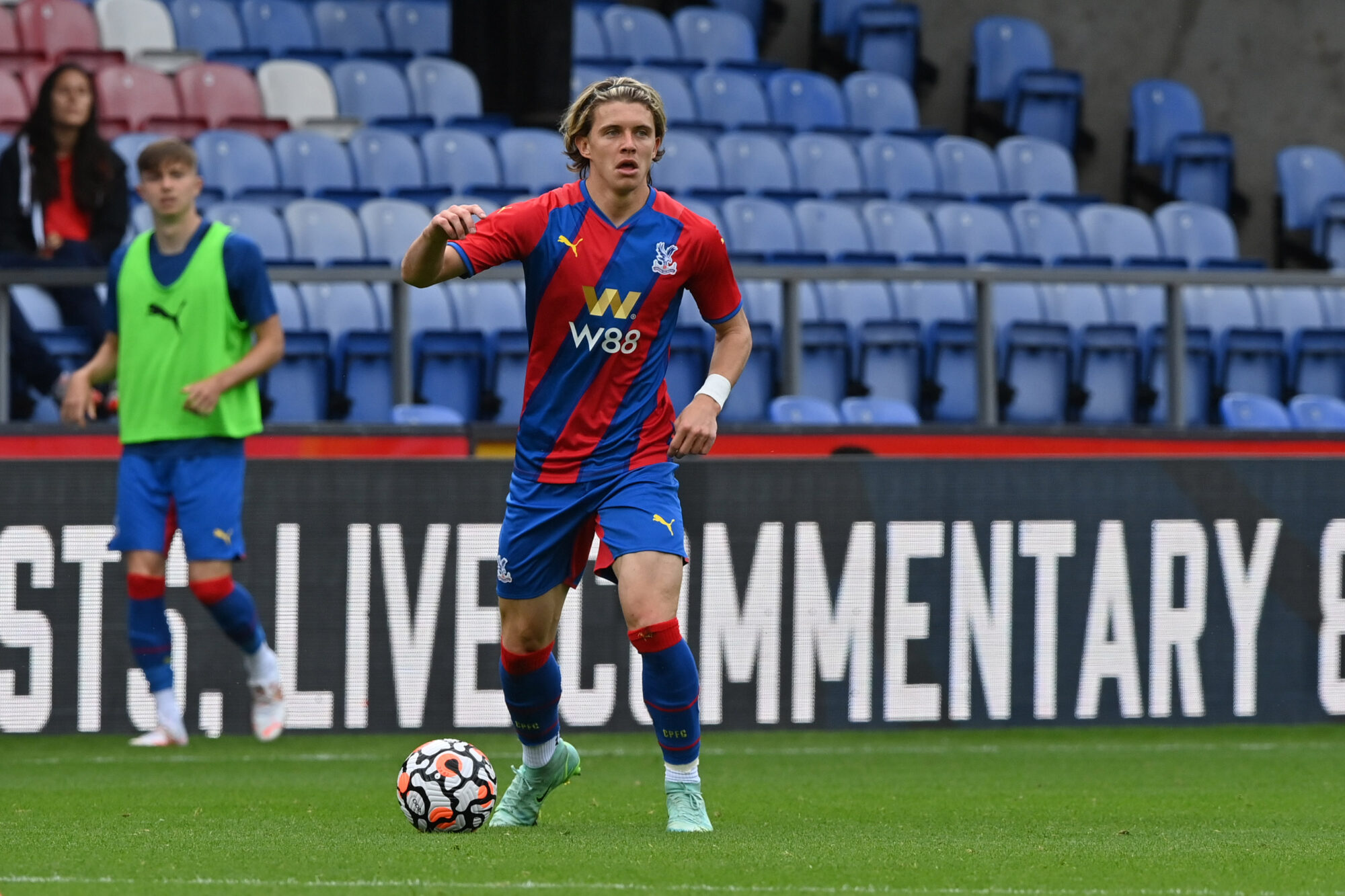 Crystal Palace head coach Patrick Vieira has said that it is a joy to work with on-loan Chelsea midfielder Conor Gallagher and praised him for his fantastic work ethic.

Gallagher, who picked up back-to-back Player of the Month awards this week, has had an electric start to life at Selhurst Park, winning plaudits for his combative nature, eye for goal and energy that he brings to the Eagles’ midfield.

The 21-year-old has started every game under Vieira since the opening day defeat to Chelsea at Stamford Bridge, with Gallagher scoring a brace against West Ham and winning the penalty in the 1-1 draw with Brighton.

“I am not impressed because I had been looking at him when he was on loan [at West Brom] from Chelsea,” said Vieira when asked about Gallagher’s progress since joining in the summer.

“I spoke to Dougie [Freedman], and the scouting department had been following him really closely, so we really knew which type of players we were going to bring to the football club.

“I am not surprised. His work ethic is fantastic. It is a joy working with him. He is always positive, and the way that he is on the field is the same way he is off the field – enthusiastic as a person. He is really good for us to have him in our football club.”

Speaking on the possibility of Gallagher emulating a former Chelsea loanee Mason Mount and making it all the way to the top level of football, Vieira said: “I strongly believe that he has what it takes. He still needs to improve some part of his game.