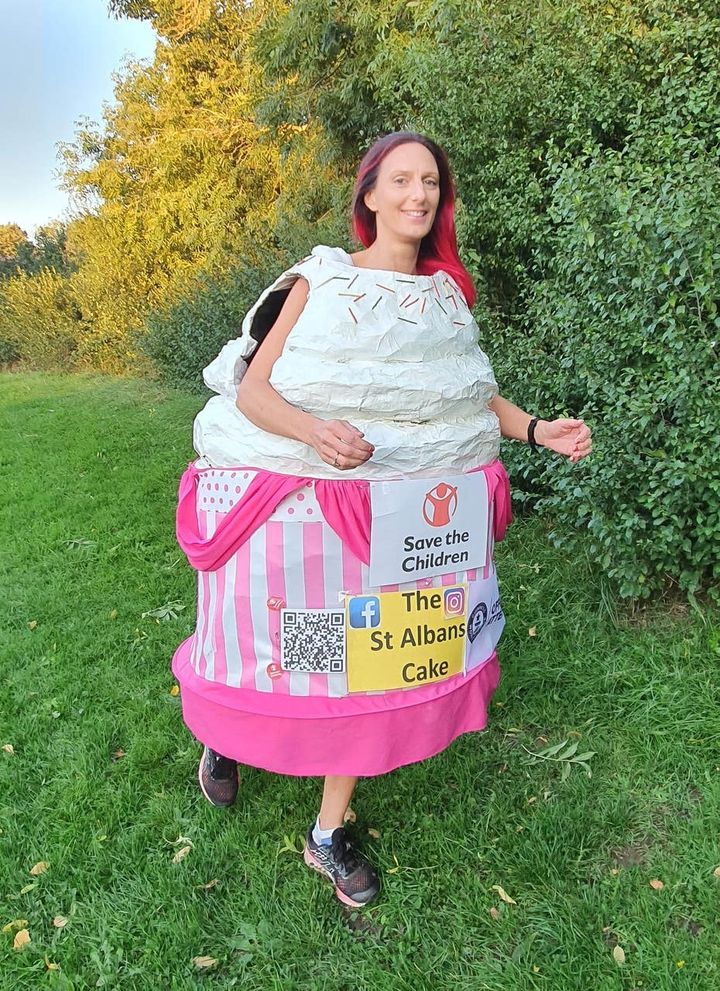 After a two-year hiatus, the London Marathon is officially back! 45,000 runners are set to run around the streets of London, whilst another 5,000 will be joining virtually, making it one of the biggest marathons ever staged. Race director Hugh Brasher told BBC Breakfast: “It will be a moment of joy, of true emotion.”

For many people running a marathon, it’s about determination, strength, and pushing yourself. For others, the marathon is about being fun, having a good time and raising money for charity.

One of the best parts for spectators is admiring the joyful, creative and downright silly costumes. Here’s a list of the wackiest, costume-based world records being attempted at this year’s event.

Anna Bassil is a 42-year-old trained as a research scientist and now works as a quality assurance manager for a pharmaceutical company.

She has run two marathons previously; in 2006 and 2007 with a personal best time of 3 hours 37 minutes. She also took part in 2020’s record-breaking virtual marathon and this year decided to celebrate her 40th birthday during the Virgin Money London Marathon’s 40th race, by carrying out the 26.2 mile route in a cake costume. Children’s wellbeing is very important to Bassil and she will therefore be fundraising for the charity, Save The Children.

Neil Murphy, 29, is a pilot from Dublin. Although he has run marathons and even ultra-marathons in the past, this will be Murphy’s first attempt in costume. He is running in memory of his father, who was also a pilot, and sadly passed away from an aggressive brain tumour in May 2019. Murphy will subsequently be raising money for Brain Research UK. 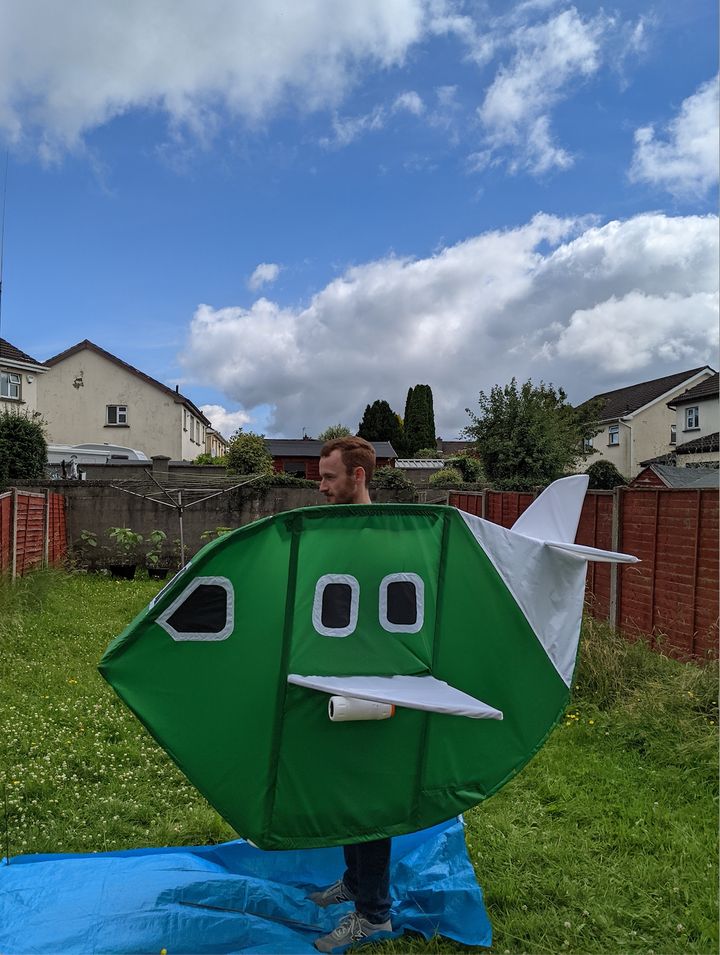 Neil Murphy will be flying high this weekend.

Fastest marathon dressed as a star

Nick Halpern, 41, is a chief financial officer from Buckinghamshire. This will be his 9th and final marathon, so he was keen to make it extra special and attempt a Guinness World Records title. Halpern will be fundraising for Child Bereavement UK – a cause extremely close to his heart, having lost his eldest son in 2008. 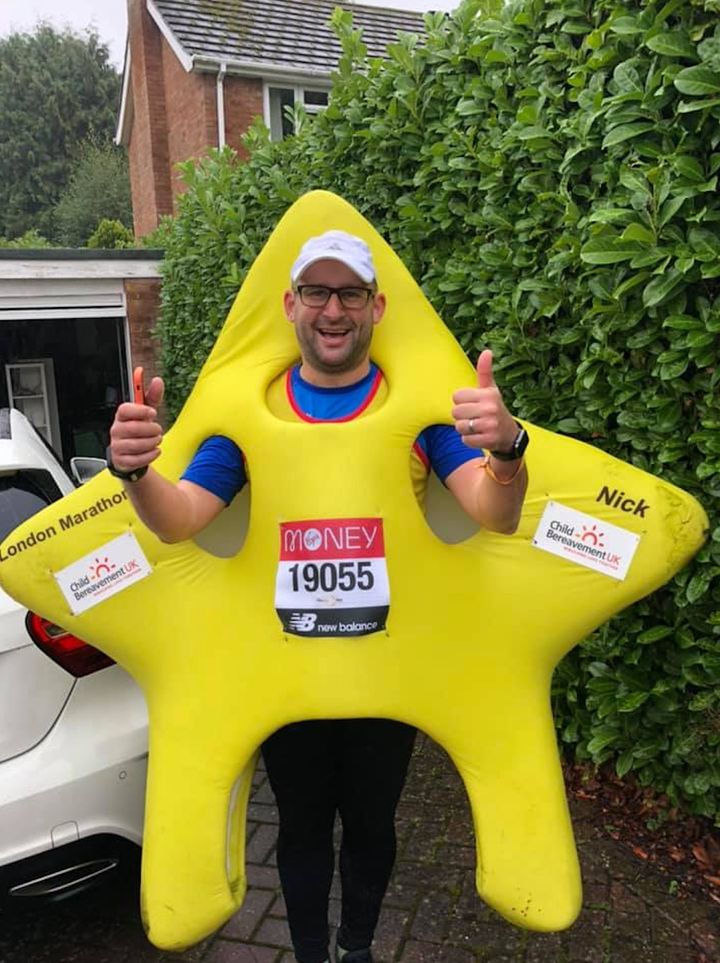 Nick Halpern wants to be star of the show.

Friends Troi Baxter, 26, and Kerry Bullen, 48, are from Cambridgeshire and have been running together six times a week for the past three years. Baxter is a dentist and Bullen works for a wealth management company. They will be fundraising for Tom’s trust, a local Cambridge charity that supports children with brain tumours. 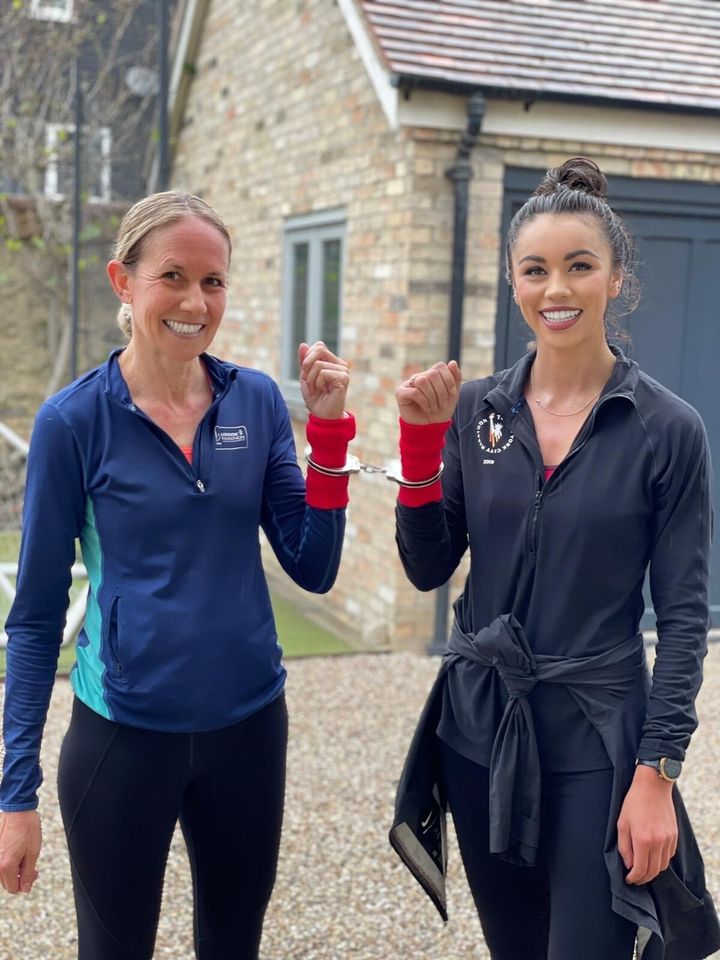 Troi and Kelly preparing for the London Marathon.

Charlie Osmond is an entrepreneur who runs at a hotel tech company. This will be his 11th marathon, and he likes to use his running as an excuse to travel somewhere new – he’s run in New York, Death Valley, North Korea, Chicago, Kazakhstan, Sydney (dressed as the Opera House), Abu Dhabi and a virtual marathon in NYC. He is attempting the GWR record title for both charity and for fun and hopes to raise cash for the Eden Reforestation Project. 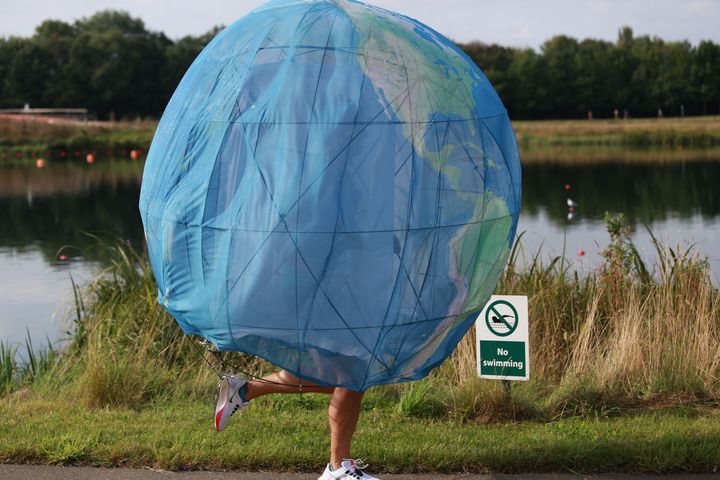 Charlie Osmond’s costume is out of this world.

Victoria Carter is science chief of staff at the Natural History Museum in London. She is following a training plan and has previously completed around 20 marathons. She decided on the scientist costume as she wanted something relevant to her life. Fun fact: she already has four world record titles under her belt.

Kieran Deegan, 37, works as a senior medical engineer and lives in Worchester with his wife and British Bulldog, Fergie. Deegan has run 12 marathons previously, with a PB of 3:20. He wants to raise money for the charity Against Breast Cancer as his mother contracted the disease and he feels it’s more important than ever to support charities, due to the fact they have been largely affected by the impact of the pandemic. 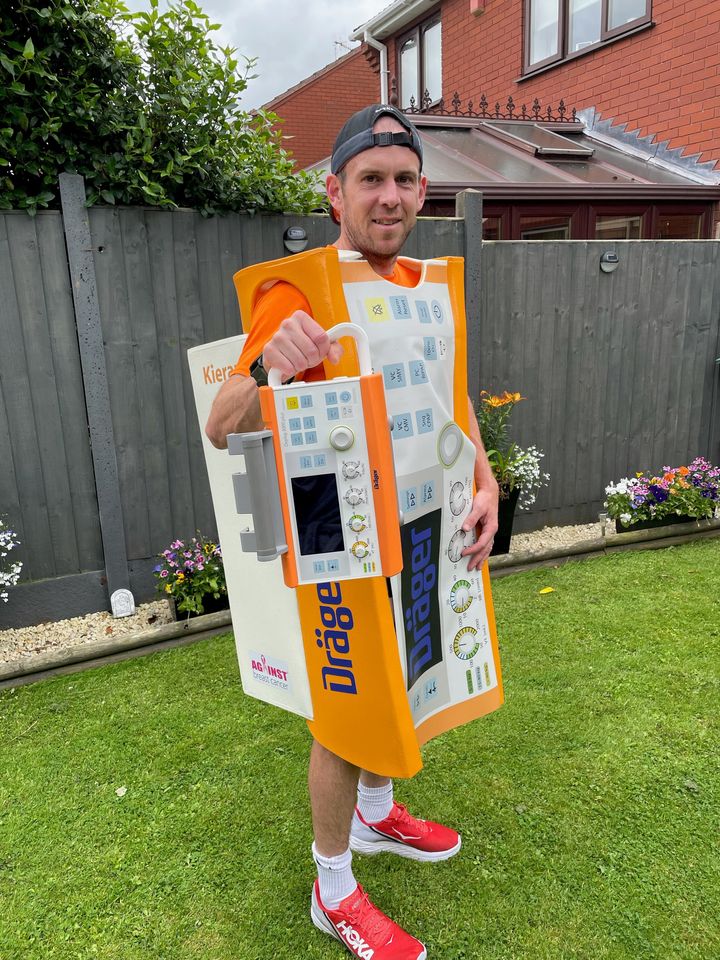 Ciaran McBride, 39, is a store manager for Virgin Money. He lives in Ayr with his wife and daughter. McBride started running two years ago – this will be his 3rd marathon overall, and first mass participation event; he ran two previous virtual marathons with 3:42 as his personal best. This is McBride’s first Guinness World Records attempt, and as he is turning 40 this year, this would be a great milestone to make. 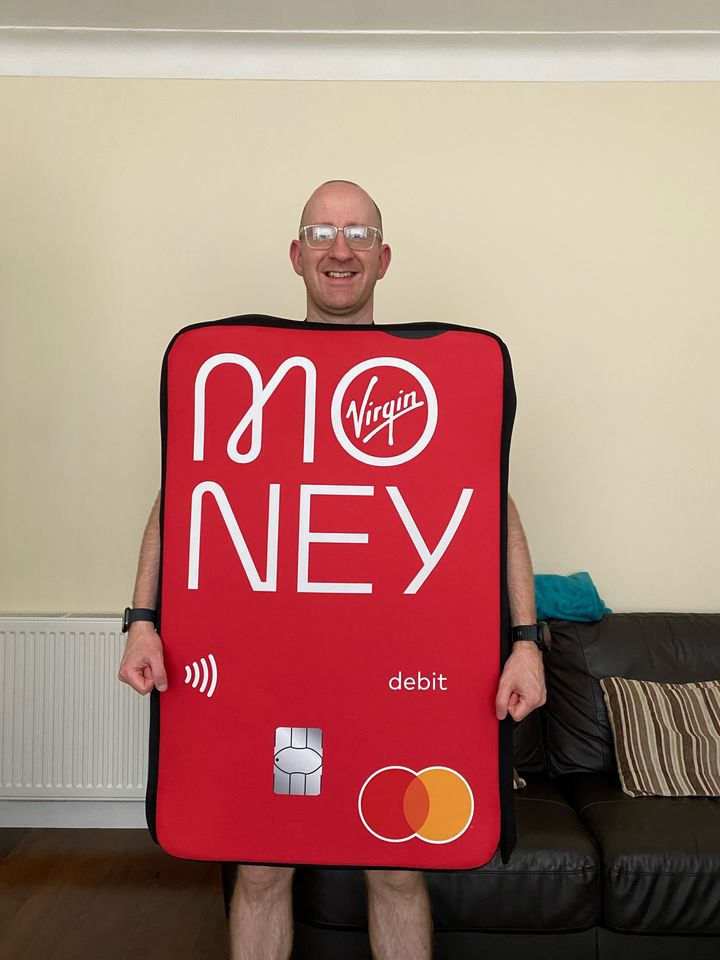 Ciaran at the London Marathon