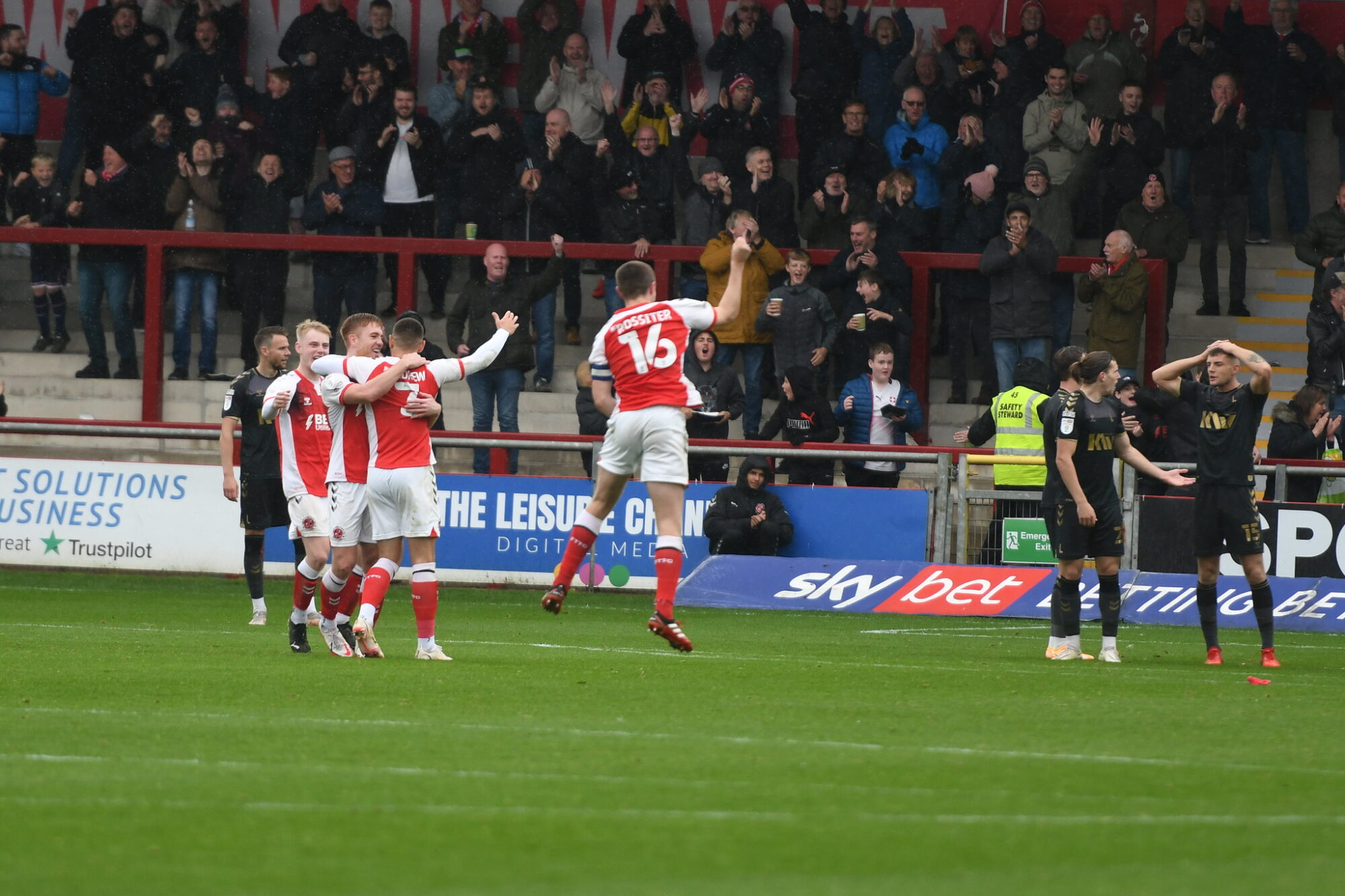 Goals from Jonathan Leko and Jayden Stockley gave the South London club all three points for just the second time this season.

Fleetwood manager Grayson said: “It was probably just one of those days really. We threw everything we could in the last 15 minutes of it. They defended their box really well, put their bodies on the line and then the one right at the end just sums up that it’s not to be our day today unfortunately.

“The last few games and the travelling has probably just caught up with us. In the first half we were probably a bit too slow with the ball, too slow out of possession, didn’t close them down, didn’t really have the urgency that we’ve had recently and that can be down to the amount of games that we’ve had and the bare bones that we’ve been down to in the squad.

“There are no excuses for losing the game but I think that played a part in the first half.

“You’ve got players out there today that haven’t trained since Tuesday night, we’ve got six players out as well, we were really down to the bare bones today but we kept going to the end with the never-say-die attitude which has been shown again without getting the final outcome of late to equalise to give us a point.

“It [Danny Andrew’s goal] got us right back into the game early in the second half. We were on top in that period of time because we started the second half really well and they scored against the run of play from what I can remember, and it was a bit of a kick in the teeth for us.

“Without a shadow of a doubt the spirit has been fantastic. They all give everything for the shirt, give everything for each other and sometimes when you’re throwing the kitchen sink you need a little bit of luck to drop for you and I’m not quite sure how that one stayed out right at the very end.

“We had to just move the ball a little bit quicker, show a little more urgency all over the pitch. Whether that’s when we had the ball, moving it quicker side to side, or out of possession, get closer to them and go and press them.”