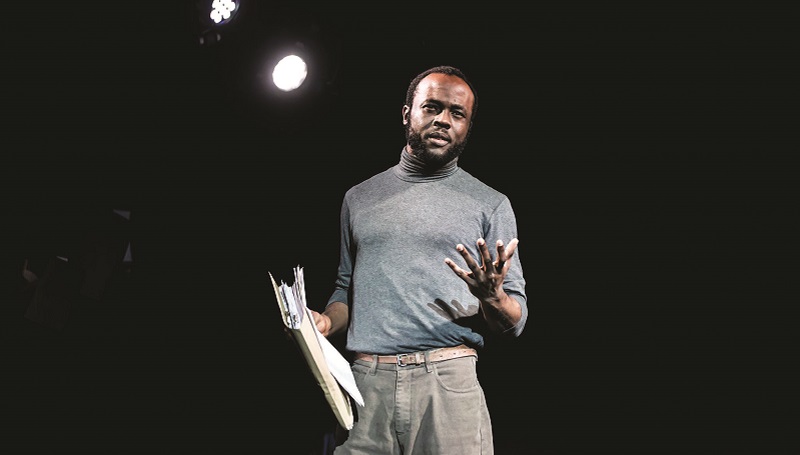 After facing many run-ins with the law on the streets of Croydon, rapper Mxom, also known as Ugo Nelson, knows what it means to overcome adversity.

The up-and-coming rap and grime artist decided that he “had too much potential to head down a path he may regret” and instead chose to uproot and venture to the sunny sidewalks of Silicon Valley.

Mxom started a tech company utilising his long-term interest and skill in coding.

Despite ‘excelling’ in the area, he felt unfulfilled.

Travelling back to South London to pursue entertainment, Mxom began studying at drama school and became a classically trained musician.

This decision is one the rapper hails as a key asset that makes him “standout from the pack.”

Once back in Croydon, and influenced by the London hip-hop genre and local influences, Mxom began merging a trap style with a UK-based grittiness to add a fresh perspective to the scene.

He said: “I take a lot of inspiration from the early work of Kanye West, whom I have always admired, with the new track featuring a distinct production style utilising autotune, which is a trademark of the distinctive and recognisable sound West is often known for. Other similar artists include M Huncho and Yxng Bane.”

Following the success of his celebrated singles BXNG and FXMOUS, Mxom has created an upbeat infusion of sound intertwined with traditional trap elements creating something right at the cutting edge of the UK hip hop scene.

His new single Wezzy (released in August) incorporates a hypnotic and dreamlike instrumental quality to the track, contrasting in juxtaposition with the harsh quality of his lyrical content.

With a minimal yet dark low end that keeps up the momentum in driving the track forward, the liberal and creative use of reverb on the vocal line throughout holds the listener’s focus on Mxom’s strong vocals and makes the production of Wezzy full of emotion.