A TRENDY apartment in one of London’s most affluent areas is on the market for £2,000 a month – but it’s missing a crucial feature.

The property in swanky Nottingham Place, Marylebone looks to be a comparative bargain – as the average price of a home in the little street is £1.3million.

But eagle-eyed house hunters will notice something missing in the photos.

While the studio appears to be freshly-painted, with a flat-screen TV and a luxury shower – features all renters on a budget in London will know don’t necessary come as standard – there’s no bed to be seen.

Instead, the property simply features a tiny sofa barely big enough for one person to put their feet up.

And it’s unlikely the sofa turns into a bed – because the space is too narrow for a mattress to comfortably fit.

Agents at Hampstead Apartments fail to address the mystery in their online listing.

Instead, they describe the home as “fully furnished with the finest fixtures and fittings”.

In a glowing description, they call the studio “a well-proportioned luxury flat in a beautifully-developed building in the heart of prestigious Marylebone”.

Despite the strange omission, would-be buyers will likely be queuing up for a viewing.

The home – tiny as it is – lies moments from museum Madame Tussards, and just a short walk from stunning Regent’s Park.

There are plenty of top restaurants and bars nearby, while there are major Tube stations at either end of the high street.

London is well-known for being particularly challenging for those on a budget.

One Notting Hill flat was available to rent for £800 a month – even though it doesn’t have a toilet.

While the studio offers a shower – which has been set up in rather bizarre fashion beside the electric cooker – there’s no loo to be found.

Even more oddly, the listing doesn’t mention a loo at all – leaving potential tenants to speculate about what they can expect if they decide to move in.

And one particularly grim home in Islington was priced at £900 a month.

At first glance, the studio in Islington seemed to offer quite a bit of bang for a renter’s buck.

But on closer inspection, the flat appeared to have one truly upsetting addition.

Photos taken inside the little bathroom seem to show a dead MOUSE on the floor. 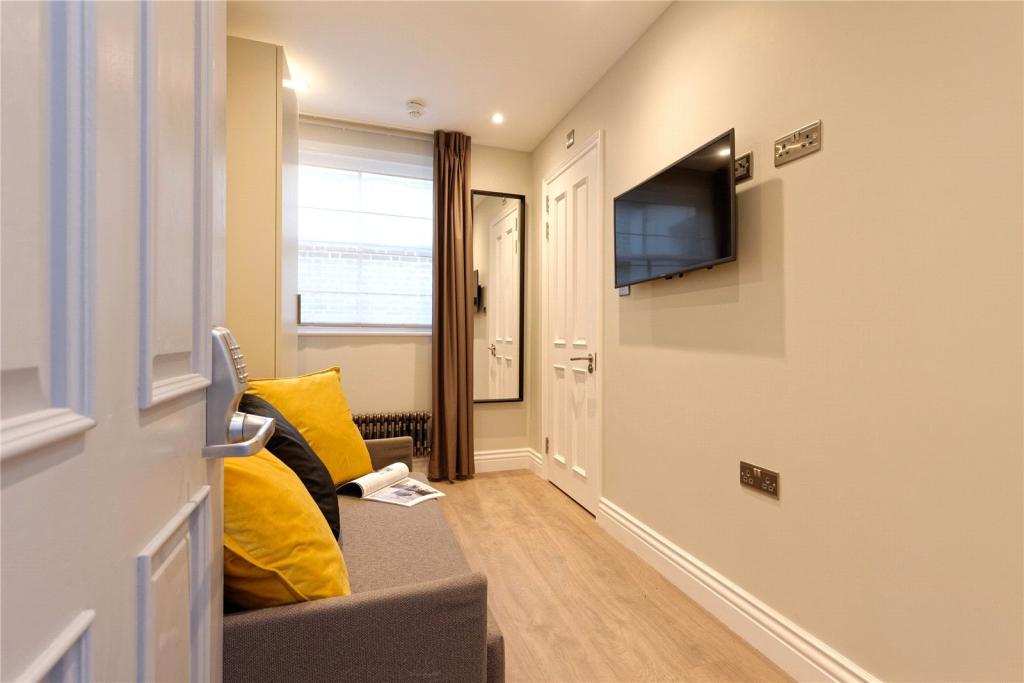 The property only features a little sofa, which is unlikely to transform into a bed because of the limited floorspace availableCredit: Rightmove

The only other room in the flat is a bathroom
Family-of-five with two cats and dog demand bigger home as daughter, 3, struggles to breathe in ‘mouldy’ council flat