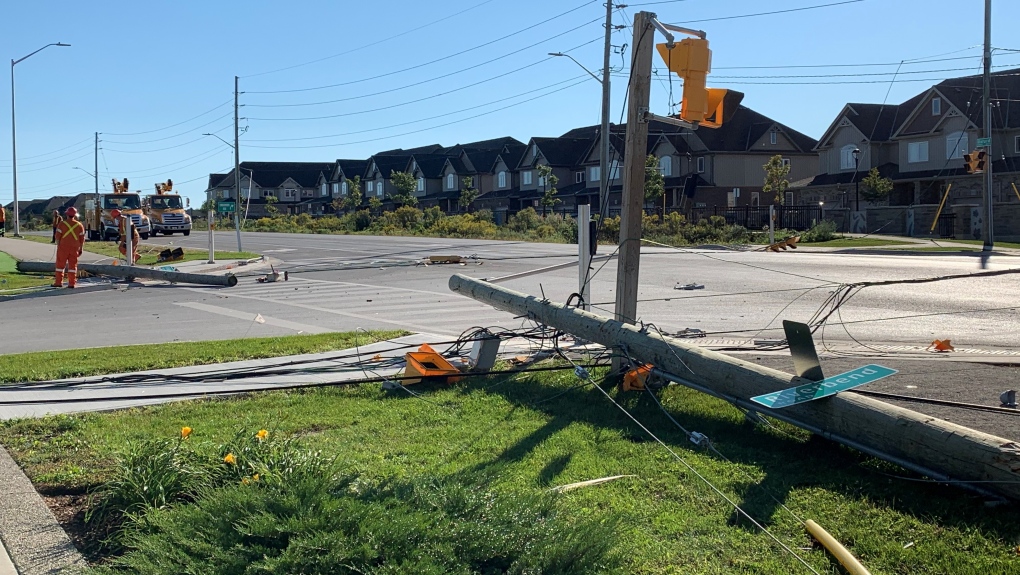 Around 6 a.m. emergency crews were called to the intersection for a report of multiple hydro poles down in the area.

Crews responded to find a single-vehicle crash that left hydro lines down across the intersection.

Oxford Street West is currently closed in both directions between Kains Road/Commissioners Road and Westel Bourne.

No serious injuries were sustained by the driver in the crash, there were no other occupants in the vehicle.

London Police say that the area will be closed for most of the day for hydro line repairs.

As the result of an motor vehicle collision Oxford St W will be closed to both east and west traffic between Kains and Westdel Brne. Please avoid the [email protected] #LdnOnt

Woman DIY’s a £1000 fireplace for £94 after searching Facebook Marketplace, Amazon and B&Q