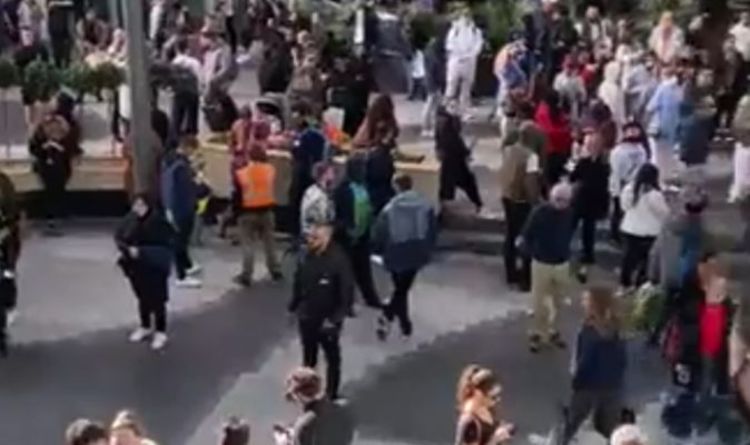 Pictures and videos on social media show emergency services, including the police and London Fire Brigade, at the scene. Twitter user @ParisSuleyman posted a video showing dozens of people outside the shopping centre. They wrote alongside this: “Bomb threat at Westfield White City. Everyone evacuated.” Twitter user @Nosh_Hussain21 said in another tweet: “Not sure what has happened – but now allowed in @westfieldlondon.”

“After 1hr 20mins of being evacuated the ‘suspicious package’ had been removed.”

“Site evacuated. No idea what is happening.”

Amy Ní Riada, a journalist for Irish broadcaster, said police had confirmed a “suspicious package” was found at Westfield.

She added the Explosive Ordnance Disposal was ion attendance and that the all clear has now been given.

The journalist wrote on Twitter: “Police confirm a suspicious package was found in Westfield London.

Westfield White City opened in October 2008 and was developed at a cost of £1.6billion.

The shopping centre consists of 450 stores and services, and also has 5,550 parking spaces.