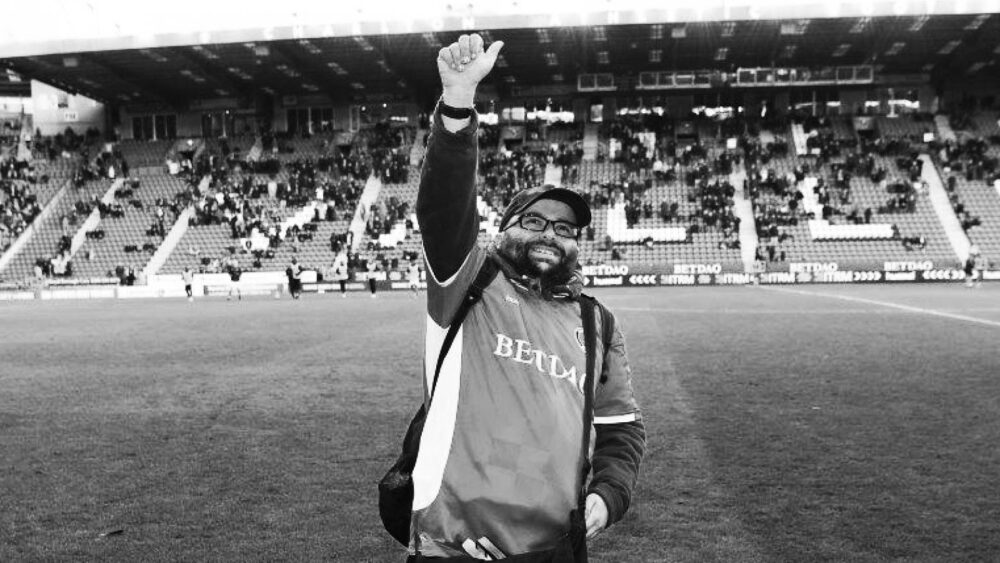 A mosaic created in memory of a Charlton Athletic superfan has been unveiled by his father and brother at the team’s football ground.

The mosaic was revealed by Seb’s father, Lionel Lewis, and his brother, Ollie Lewis, on Saturday, September 25, at The Valley ahead of the game against Portsmouth.

Seb’s father, Lionel, said the event was “very emotional” and described the mosaic as “wonderful”.

He said: “Seb had two families – the Lewis family and the Charlton family. He was absolutely loved and revered at Charlton.”

The memorial, designed by Paul Siggins and his team at The Mosaic Studio, was based on a photograph of Seb, and includes a number of tickets.

Lionel said: “Artistically, it’s wonderful and it’s a great tribute to him. It can’t make up for his loss, but it’s a wonderful thing for his memory

He added: “He’d have been pleased. When something amused him there was always a smile behind his face and that smile would have been there, I’m sure.”

Between 1998 and 2020 Seb attended 1076 consecutive Charlton games, including matches home, away and abroad.

He became a well-known and much-loved figure and in 2018 he was awarded “Pride of the Valley” on attending his 1000th consecutive game.

A statement from Charlton Athletic Supporters Trust said: “He was always there with his flag greeting the team and fellow supporters and doing his best to look for the positives in every Charlton performance.

“Not every fan knew him but almost everyone knew of him and would exchange a broad smile with him after a win or a resigned shrug after a defeat.

“Continuity has been in short supply in recent years at the club and there was something very reassuring about knowing that, whatever the weather or the fortunes of the team, Seb would be there. He was without any doubt a unifying figure.

“And then, suddenly, we realised that he wouldn’t be there. For many of us, it was our first encounter with the cruel reality of the pandemic.”

A large number of supporters were inspired by Brogue’s initiative and around £10,500 was soon raised.

The mosaic is on a previously blank exit gate wall opposite Don Welsh holding the FA Cup.