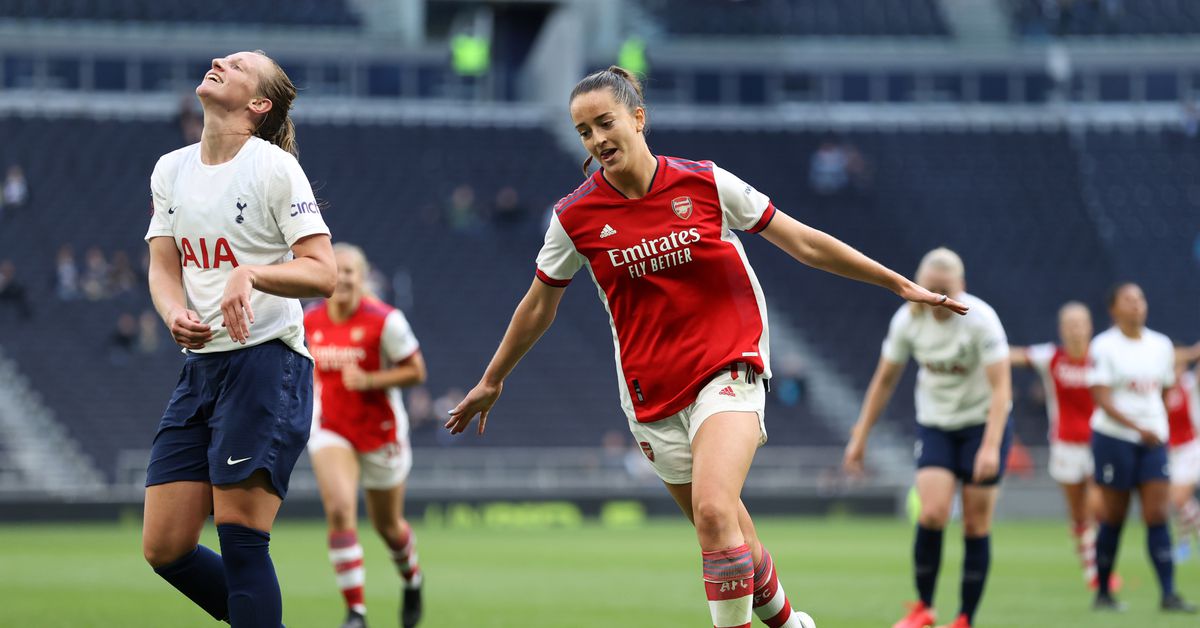 Twelve months ago, Arsenal beat Spurs 4-0. Indeed, Arsenal have never lost to Spurs, and have won all but one of their last seven games, with a combined score of 28-3. The one game Arsenal didn’t win was in last season’s Continental Cup, which finished 2-2, with Arsenal winning the penalty shootout.

Arsenal played Spurs in pre-season, and won fairly comprehensively 4-0 at the Tottenham Toilet Arena. But while Arsenal had a number of academy players that day, it was also a very different Tottenham, who are now able to call on the Australian striker Kyah Simon, as well as former Arsenal player Chioma Ubogagu. Indeed, Spurs made a number of solid signings in the summer as they saw a great deal of turnover, and find themselves second in the WSL, as one of two teams, along with Arsenal, not to drop a point.

Arsenal though, will expect to progress to the next round of the FA Cup. With Arsenal now fully in the midst of six games within 19 days, and will essentially twice a week most weeks until Christmas, expect Jonas Eidevall to rotate some of his players, especially in the wide forward position. Indeed, with Tobin Heath, Nikita Parris, and Caitlin Foord all coming off the bench in Sunday’s 5-0 win against Manchester City, Eidevall could change his entire front line should he want to. We’re still learning how Eidevall will rotate, but another factor here is Arsenal trying to break down Tottenham’s good defensive shape—Spurs have only conceded once in their first three WSL games, and utilize a back three with a compact midfield ahead.

Arsenal will be without Simone Boye, but everyone else in the squad should be available.

Nikita Parris was Arsenal’s first high profile summer signing, but a delayed arrival because of Team GB Olympic duty plus the form of Beth Mead has meant Parris has yet to start a WSL match. Eidevall has promised a lot of rotation, especially among the wide forwards, but Parris will want to make her case to start more games. She’s scored twice in Champions League action, but the arrival of Tobin Heath, who can play on both the right and the left, has added that little bit more competition. Heath played limited minutes during the last international break for the USWNT, and probably isn’t in a place to start yet for Arsenal. The arrival of Parris did promise an exciting partnership with Vivianne Miedema, especially with Miedema’s proclivity to drop deep and create, and Parris’ capability of making runs from outside to in.

Green light for London-Glasgow electric bus tour ahead of COP26