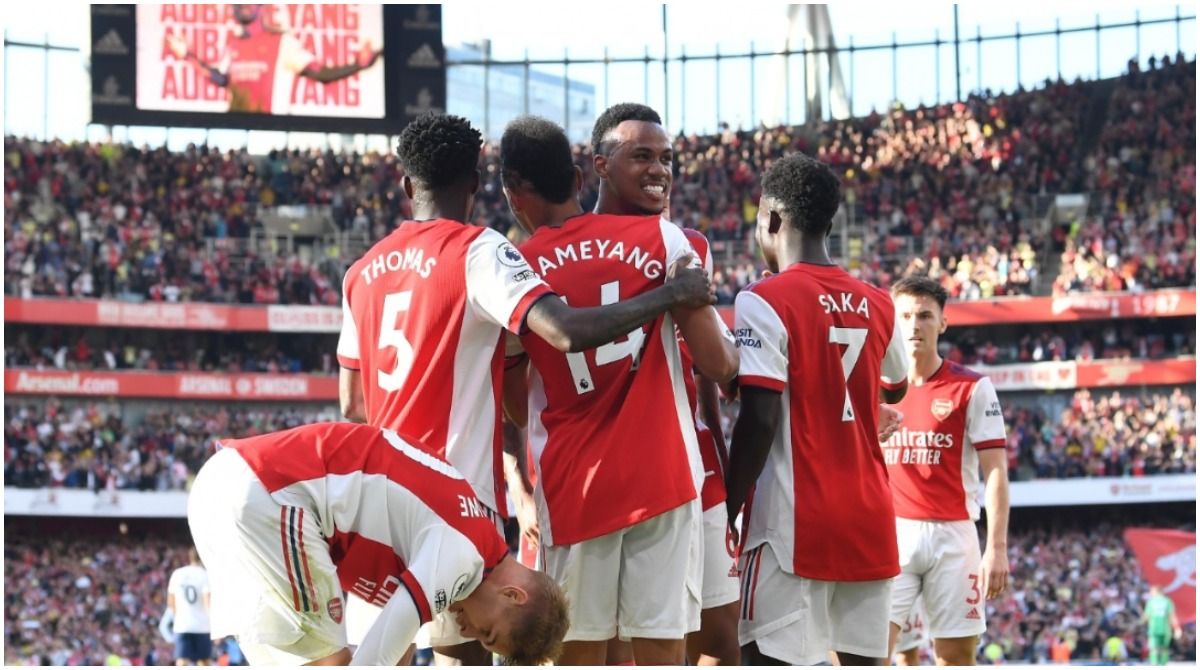 Arsenal eased off in the second half, but it wasn’t until the 79th minute that Son Heung-min side-footed home a consolation goal. Arsenal were content to sit deep in the closing minutes, although Lucas Moura saw his effort tipped onto the bad deep into injury time. Also Read – MCI vs SOU Dream11 Team Tips And Predictions, Premier League: Football Prediction Tips For Today’s Manchester City vs Southampton on September 18, Saturday

Raul Jimenez’s first goal in 336 days gave Wolverhampton a 1-0 win away to Southampton and lift his side away from the danger zone. Also Read – LIV vs CRY Dream11 Team Tips And Predictions, Premier League: Football Prediction Tips For Today’s Liverpool vs Crystal Palace on September 18, Saturday

Last year, the Mexican who fractured his skull in a game, scored an excellent solo effort just after the hour to frustrate a Southampton side that was guilty of missing too many chances, Xinhua reports.

Bruno Fernandes missed an injury-time penalty as Aston Villa beat Manchester United in the Premier League for just the second time in 46 matches courtesy of Kortney Hause’s diving header in the 88th minute.

Brentford scored a late equalizer through Yoane Wissa as they shared six goals with Liverpool, while Everton cruised past Norwich 2-0, who have lost all six games this season.

Jamie Vardy scored twice for Leicester City in their 2-2 draw at home to Burnley and also netted an own goal as Burnley battled to a point, while Newcastle United remain winless after an entertaining 1-1 draw away to Watford.