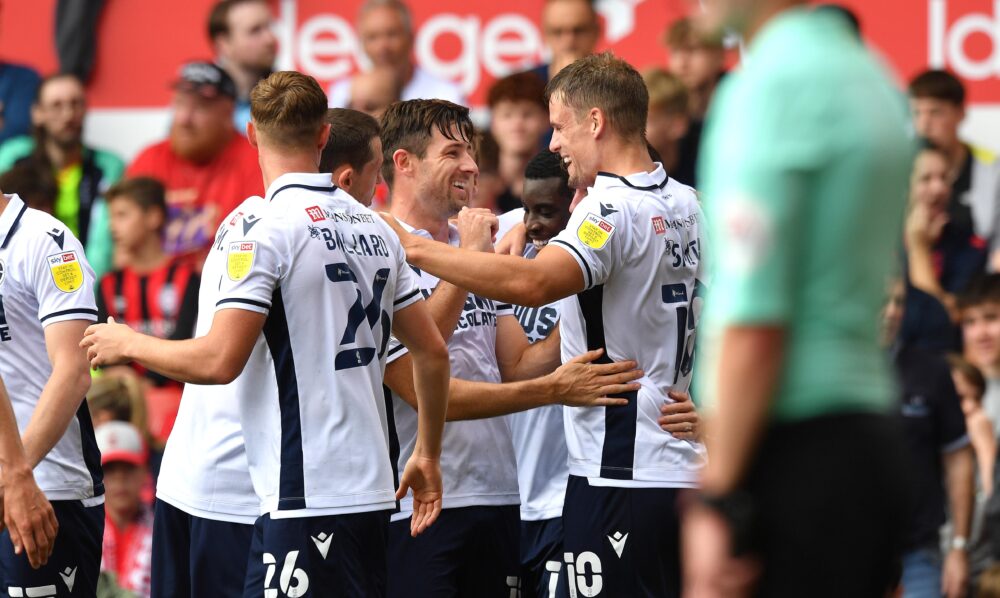 Gary Rowett has urged Millwall to be “more ruthless” in front of goal after they drew 1-1 with Nottingham Forest at The City Ground.

Matt Smith’s opener was cancelled out by a Max Lowe cross that went in, to extend the Lions’ unbeaten record to five Championship games.

Rowett said: “We needed to be a bit more ruthless. At the start of the game, you can understand, Forest have a new manager at home.

“We grew into the game, we settled into the game. We looked a far more controlled side in the first half. We got into some really good areas. We scored a very good goal, and we had some other moments where again I just think if we have a little bit more ruthlessness about us, we go and score the second.

“To go in at 1-0 up away from home was encouraging. I said to the players: ‘You’re going to have to start the second-half with a little bit of edge about us’.

“Forest get a massive stroke of luck, because up until that point I didn’t think they looked like they were going to hurt us.

“Then the game just opened up for both teams, we hit the crossbar, where we probably should score, we have some other good breaks where we should do better.

“It’s a game we should win, and in order to win that game, we just need to have a bit more demand from each other, we have to be a bit more ruthless and if we do, we will be a decent side.”