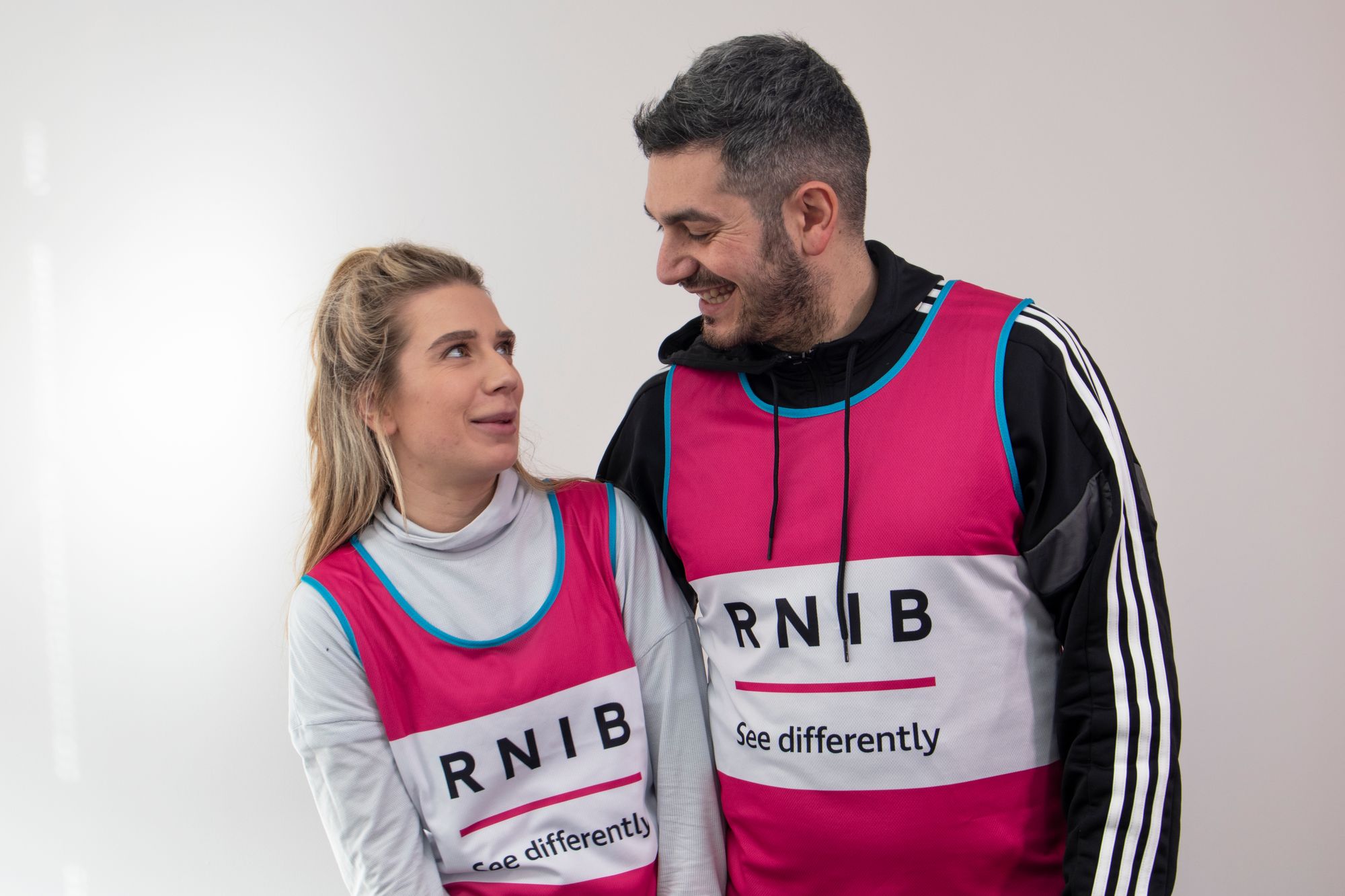 Submitted by the Royal National Institute of Blind People

Domenico and Holly Clores are preparing to conquer the Virgin Money London Marathon on October 3, in aid of the Royal National Institute of Blind People (RNIB).

Domenico, 34, and Holly, 33, of Milton Keynes, in Buckinghamshire, have been inspired to join Team RNIB for the iconic event after their six-year-old son, Oscar, was diagnosed with Best disease in October 2019.

The couple will be running for RNIB to support the charity’s work breaking down the barriers facing blind and partially sighted people.

Domenico, a part-time business owner, and model said about their preparations: “Training with two small children, amidst a national lockdown, hasn’t been easy. But we’re looking forward to it. We don’t see this as a ‘race’ as it’s for such a great cause.”

In 2019 the pair attended a generic hospital appointment for their son Oscar and later that day, he was diagnosed with Best. The rare condition affects part of the retina at the back of the eye called the macular and will progressively affect Oscar’s central vision.

Holly, a beauty salon owner, said: “We’re doing this for Oscar. Although race day is a bit nerve-racking, we’re lucky we get to do it together. We want to help raise more awareness of Oscar’s condition and what better way than to participate in the London Marathon as part of Team RNIB.”

Lizzi Wagner, senior challenge events manager at RNIB, said: “We’re pleased to welcome back the physical event of the Virgin Money London Marathon and we’re delighted to have Domenico and Holly join Team RNIB. We wish them all the best for race day.

“The money they raise will help us continue to work towards a world without barriers for people living with sight loss. Please dig deep and support his fundraising efforts.”

You can sponsor Domenico and Holly and support RNIB here.

Get all the latest news, updates, things to do and more from Buckinghamshire‘s dedicated InYourArea feed.