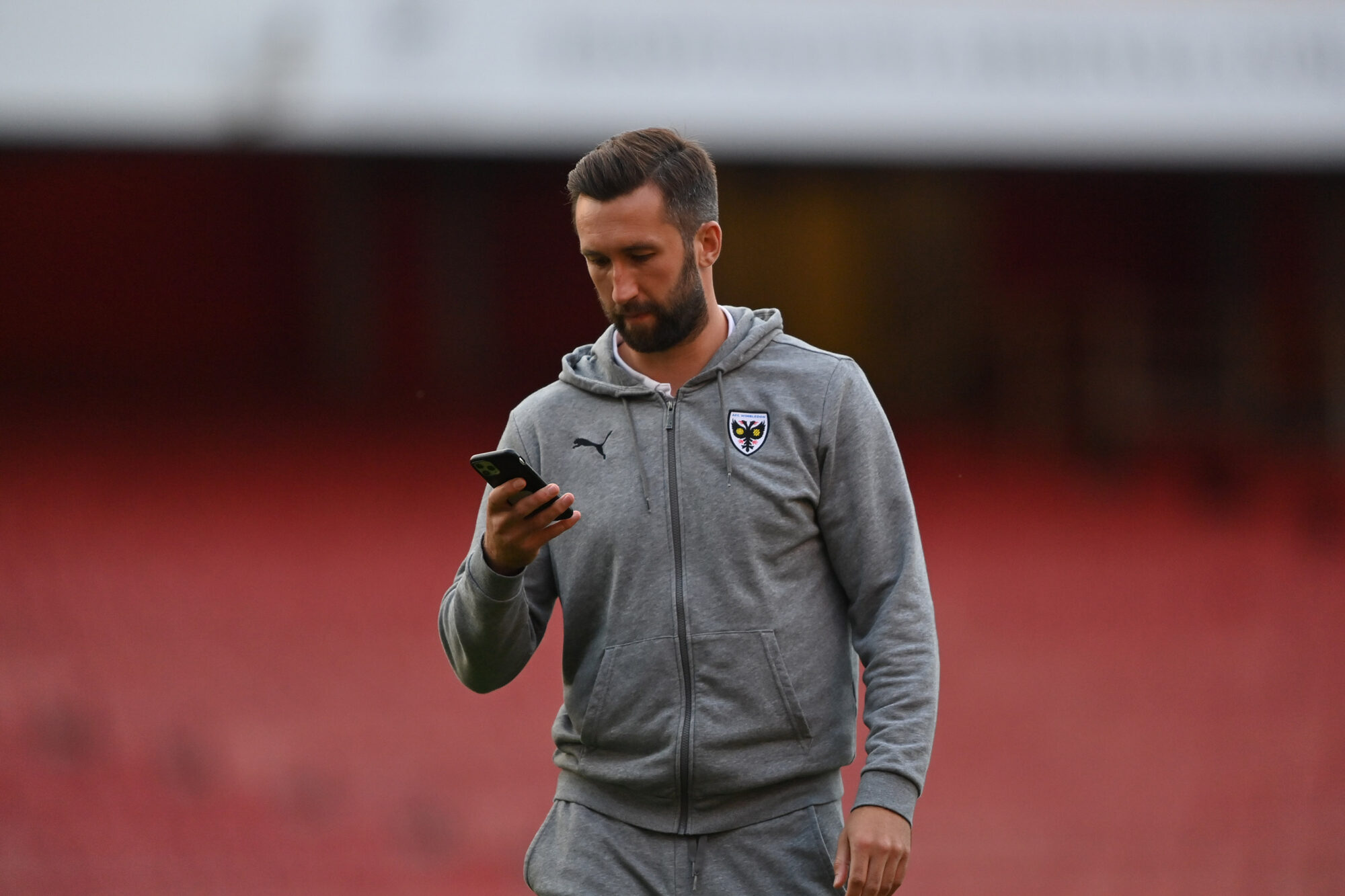 AFC Wimbledon striker Ollie Palmer is facing an injury lay-off that may keep him out for up to five weeks with a calf strain.

Palmer has suffered a grade two calf strain that could mean he misses nine League One matches.

Dons head coach Robinson said: “Ollie had a scan last night and he’s going to be out for three to five weeks, which is a shame.

“Maybe Ollie should have had the scan earlier, and we chatted about that, but they all want to play for the football club in any game, so we need to look at that.

“Maybe we should have got him scanned earlier, but he felt it was just a tightness of his calf and it was going to disappear. It was deeper than that and he has a similar issue to Paul Kalambayi.

“It’s something that we’ve got to overcome as it’s a loss to us with the way that Ollie plays. We’ve got Aaron [Pressley], and it’s a great opportunity for him now, but we also need to look at other solutions and how we are going to maintain that threat.

“I don’t really want to pull the lads back from loan unless we really have to. They are both doing well. I always have one eye on the future and they are both getting regular football for their development, which is key.

“If I have to bring them back I will, but first and foremost I’d like us to come up with solutions ourselves, which I think we are more than capable of.

“I would have liked another forward option in the window, but the money wasn’t available. That’s fine, and I know the situation that the club is in financially. We have to work with that, and it’s not a problem at all.”