Sabina, 28, was just minutes from her London home when she was attacked (Picture: PA)

A 38-year-old man has been arrested on suspicion of murdering primary school teacher Sabina Nessa.

The suspect was arrested at an address in Lewisham, south east London, and remains in custody, police said.

Friends say Sabina was on her way to a pub for a first date, when she was attacked on Friday at around 8.30pm in Cator Park, Kidbrooke, southeast London.

It should have been a five minute walk from her home in Greenwich, but she never made it to the The Depot bar as planned.

Her body was discovered in the park by a dog walker under a pile of leaves at 5.30pm the following day.

Friends described Sabina as a ‘lovable person’ who had dreams of travelling to Dubai to teach.

Paying tribute on social media, her sister wrote: ‘My beautiful, talented & caring sister. My inspiration to always put myself first & never let anybody put me down.’ 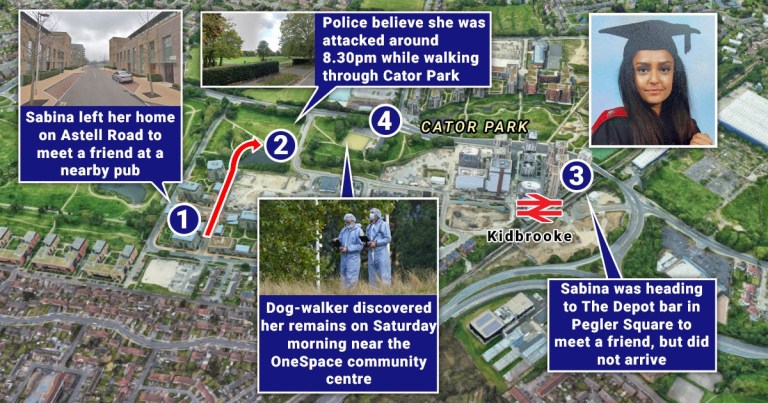 These were Sabina’s final movements on September 17 (Picture: Google Maps/PA)

Earlier police said they were trying to establish whether Sabina was attacked by a stranger and expressed concerns the killer could strike again.

The Metropolitan Police has released CCTV images of another man they wish to speak to, which show him walking in nearby Pegler Square on the evening Sabina was attacked.

It has also released an image of a silver vehicle captured in the same area, which detectives believe the man has access to, and urged anyone who recognises him or the vehicle to contact the force immediately.

Detective Chief Inspector Neil John, from the Met’s Specialist Crime Command, said: ‘Our team have been working tirelessly to find the person responsible for Sabina’s murder and this has included an extensive trawl of CCTV, work which remains ongoing.

‘We would ask anyone – especially those in Kidbrooke and the wider area of Lewisham and Greenwich – to take a careful look at these images to check whether you know who this man is or have seen him over recent days. 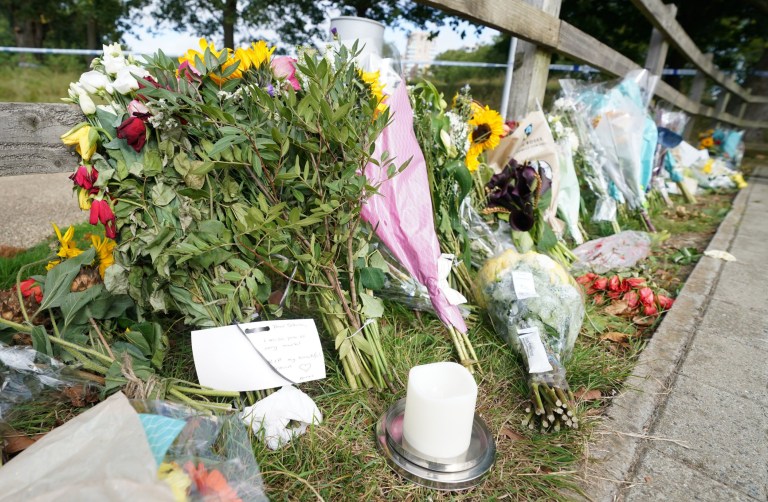 Floral tributes at Cator Park in Kidbrooke, where Sabina’s body was found by a dog walker (Picture: PA) 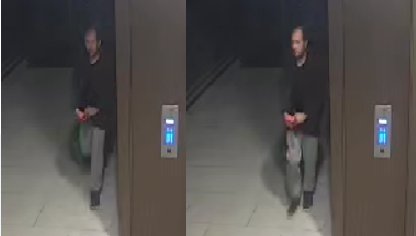 Investigators would also like to speak to this man, who was seen in the Pegler Square are of Kidbrooke on the night Sabina was killed (Picture: Met Police) 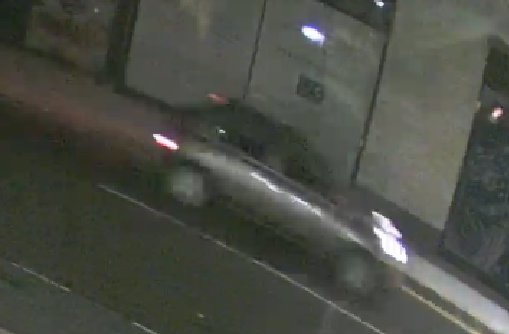 Investigators also released CCTV images showing a silver car in the same area, which they believe the man has access to (Picture: Met Police)

‘Any information as to his identity or whereabouts could be vital for our investigation so we are asking you to share this image far and wide to ensure as many people as possible see it.’

Sabina’s death has re-ignited concerns over the safety of women on the streets of London.

It comes after a series of high profile murders of women in the capital, including Sarah Everard and sisters Bibaa Henry and Nicole Smallman.

Campaign group Our Streets Now said: ‘It’s why we don’t walk where we want, when we want.

‘It’s why we tense at the sound of a car pulling up, or of a man crossing the street towards us.

‘It’s why one in five girls have avoided their place of education. Please, stop telling us we’re overreacting.’

But earlier, Detective Chief Superintendent Trevor Lawry insisted: ‘The streets are safe for women, I’d like to reassure the public around that, I’d like to make sure that people are free to walk around free from fear and my officers will make sure that that can take place.’

A man in his 40s was arrested on suspicion of murder the day after Sabina’s body was found, but he was later released under further investigation.