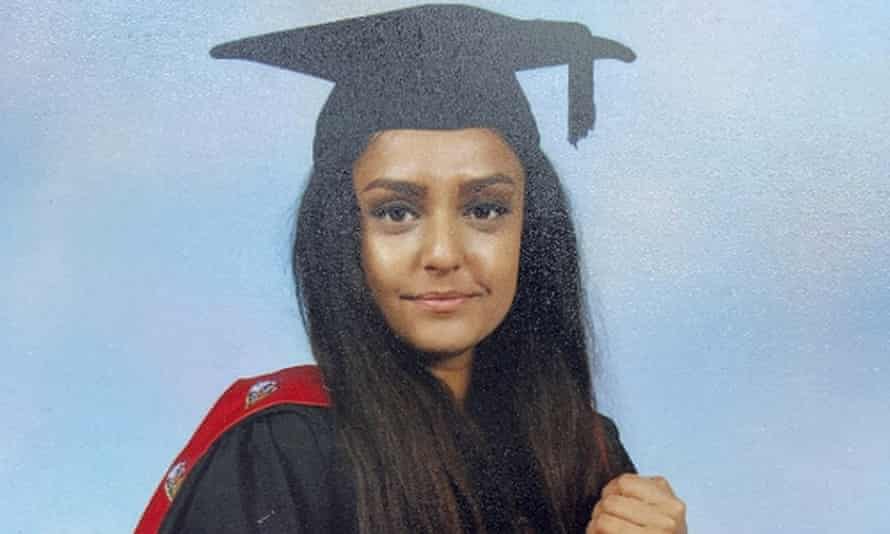 It was quiet in Cator Park on Thursday morning. Every now and then, someone would pass by, jogging or walking their dog, breaking the stillness across the green space in south-east London flanked by the new-build apartment blocks of Kidbrooke Village. Its serenity jarred heavily with the sight of press and police, and the sound of a helicopter overhead.

Several passersby approached the police cordon along Cambert Way, pausing to lay flowers, reflect and read tributes left in memory of Sabina Nessa. The 28-year-old primary school teacher is thought to have been murdered as she walked through the park on her way to meet a friend at the Depot bar last Friday – a journey that should have taken her five minutes.

One bouquet bore a card reading: “She just wanted to meet her friend. She was minutes from home. She didn’t deserve this.” Another person had written: “RIP Sabina. Gone far too soon. What a cruel world we live in.”

Her housemate of four months, who did not want to be named, last saw her earlier that day when they hung out and took pictures together. “I never thought something like this could happen to her,” she said of Nessa, who left home about 8.30pm – not long after darkness fell – and never came back.

“I had been texting her and it’s not like her to not reply to my messages,” she told the Guardian. “I don’t feel safe living here now.”

Sabina Nessa: her journey to meet her friend should have taken just five minutes. Photograph: AP

From Nessa’s home on Astell Road, a small bridge crosses over the duckpond and into the park, which is usually “a hive of activity”, said Stuart Inman who was paying his respects at the cordon. He has two daughters, 14 and 16 years old, and lives a stone’s throw away on the opposite side of the park. “It’s only really hit me now that I’ve come here,” he said, becoming emotional as he gestured towards the row of flowers. He felt the case had received little coverage in the media. “I’ve only had messages about it from people outside the area today – it’s nearly a week later.”

Pointing beyond the OneSpace community centre, near where Nessa’s body was found, he added: “We always tell our daughters not to live life in fear, but then something like this happens … my youngest has a friend who lives up that way and she walks through here all the time. I don’t want them out alone now, I want to be with them – I’ll have to be Dad taxi.”

Rebecca Broad, 29, has lived in Kidbrooke with her partner since April, and had also been out last Friday. She and her friend had taken a similar route home around 11pm. “It’s really shocking and really, really sad. It’s been really difficult for everyone in the community.”

Sabina Nessa: what we know about her murder

Broad described Kidbrooke as a lovely community – exemplified by the response to a message she posted about how she was feeling on the local Facebook group.

In particular, there were a lot of comments from other women feeling anxious: so much so that another local resident is setting up a group of volunteers to offer to meet women coming home from work or going out to the gym or shops, who feel unsafe and don’t want to be alone. 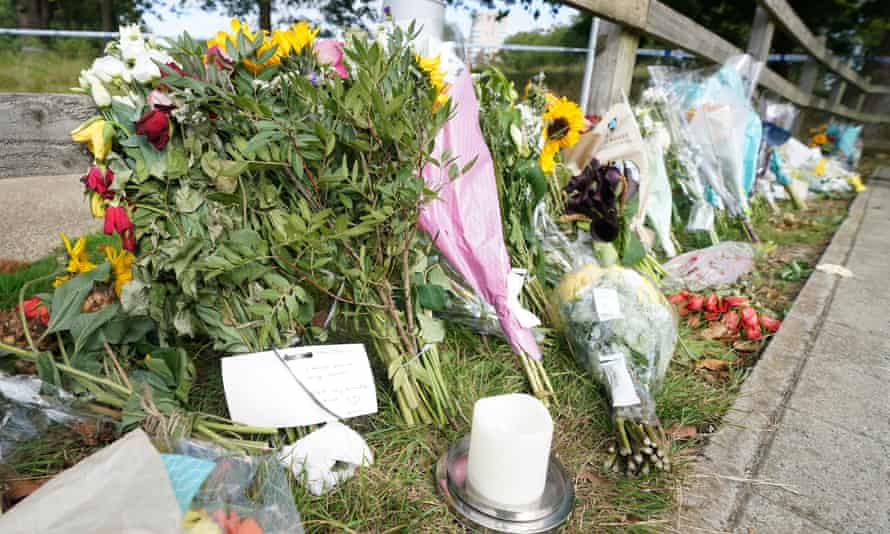 A vigil is due to be held at 7pm on Friday evening in Pegler Square for Nessa, supported by the group Reclaim These Streets, which organised a similar vigil after the murder of Sarah Everard eight miles away in Clapham, south-west London, in March.

To help keep the community united amid such worry and unease, Broad is organising a walk through nearby Sutcliffe Park on 1 October, a week after the vigil. “We want to do this walk to raise confidence and have reassurance in the community – we can all just connect together and reflect and just be,” she said.

“Anyone is welcome. I’ve asked everyone to bring torches and lights for symbolism, so we can light the path as we walk together. It comes off the back of a really sad occasion and I feel it’s necessary to come together, to keep talking to each other, to think about Sabina and our community.”