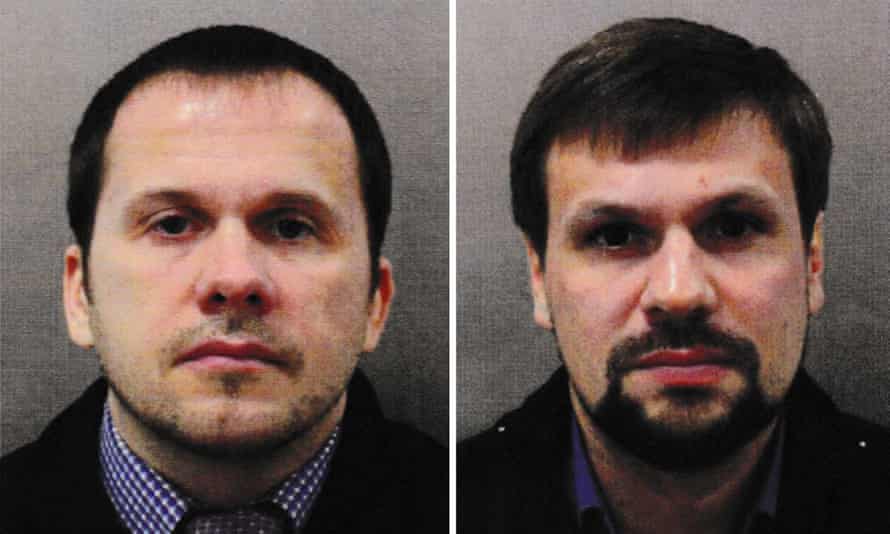 A third Russian national has been charged over the 2018 novichok poisoning of Sergei and Yulia Skripal in Salisbury, British police have said.

A man using the name Sergey Fedotov, believed to be about 50 years old, is alleged to have been working as part of a Russian military unit with Alexander Petrov and Ruslan Boshirov, who have previously been charged over the poisonings in Wiltshire.

Scotland Yard said all three men were working for Russia’s GRU military spy agency, the first time it has explicitly implicated the GRU, although the then prime minister, Theresa May, blamed it in 2018.

Photographs from the Metropolitan police of Alexander Petrov (left) and Ruslan Boshirov, who have previously been charged over the Wiltshire poisonings. Photograph: Metropolitan Police/PA

The home secretary, Priti Patel, told MPs: “We will not tolerate such malign activity here in the UK … We will continue to take robust steps to counter the threat posed by the Russian state.”

She said that the UK would seek extradition if the men left their home country, saying: “Russia has repeatedly refused to allow its nationals to stand trial overseas. This was also the case following the murder of Alexander Litvinenko … This has only added to the heartache of those hurt by these attacks, and inevitably further damaged our relations with Russia.”

Dean Haydon, the Metropolitan police’s deputy assistant commissioner and senior national coordinator for counter-terrorism policing, said the trio were believed to have previously worked together as a unit in Bulgaria and the Czech Republic and possibly other locations. They are not believed to have worked in the UK before the Salisbury attack, although all three had travelled here before.

“All three of them have all previously worked with each other on behalf of the Russian state as part of ops carried on outside Russia,” said Haydon. “All three of them are dangerous individuals … They have tried to murder people here in the UK and they have also brought an extremely dangerous chemical weapon into the UK by means unknown.”

He said the Salisbury attack could have killed thousands and the three had been involved in “similar attacks” elsewhere.

He also stated for the first time what officers believe to be the real names of all three men, as distinct from the aliases on their passports. Fedotov’s real name is believed to be Denis Sergeev, Boshirov’s true identity is believed to be Alexander Mishkin and Petrov is thought to be called Anatoliy Chepiga.

Haydon said Fedotov arrived at Heathrow airport at 11am on 2 March 2018. He stayed in a central London hotel and met his alleged co-conspirators several times over the weekend – at outside and inside locations – but did not accompany them to Salisbury, where they allegedly carried out the attempted hit on 4 March. Unlike the hotel where Petrov and Boshirov stayed, no trace of novichok was found in Sergeev’s hotel. 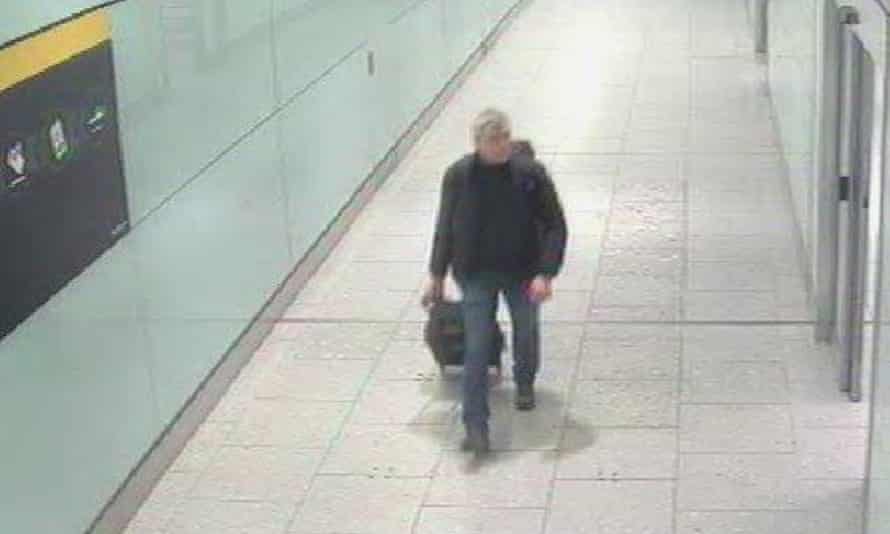 His flight left Heathrow at 1.45pm on 4 March, about five minutes before Petrov and Boshirov were seen at Salisbury station, going through the ticket barriers on their way back to London. They flew out at 10.30pm that night.

The investigative journalism collective Bellingcat, which previously revealed the identities of Petrov and Boshirov, as well as identifying Fedotov and his real name, has reported that Fedotov is a high-ranking GRU officer and a graduate of Russia’s Military Diplomatic Academy. 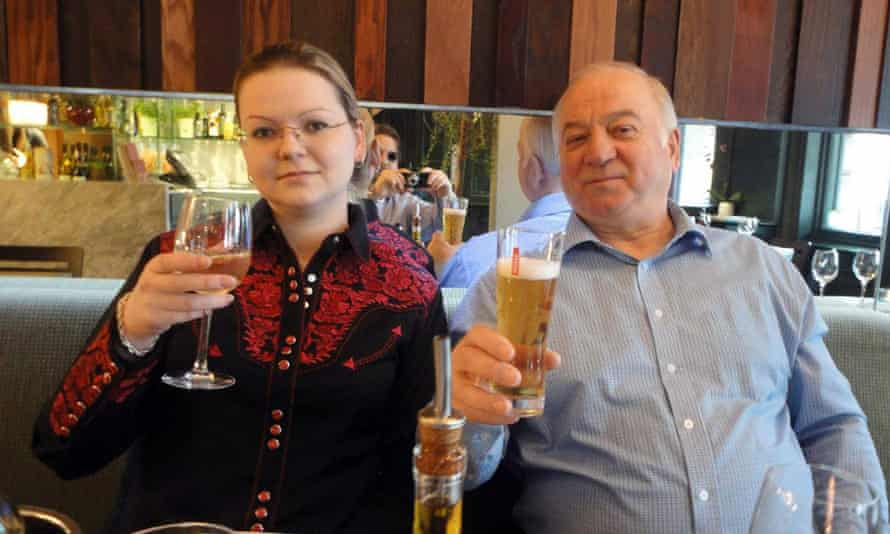 Yulia and Sergei Skripal, pictured before the attack. They have since been given new identities. Photograph: REX/Shutterstock

Like Petrov and Boshirov, Fedotov has been charged with seven offences including the attempted murder of the Skripals and DS Nick Bailey, who fell ill after going to the Skripal home after the Russian pair were found slumped on a bench in Salisbury. The other charges are conspiracy to murder Sergei Skripal, use and possession of novichok contrary to the Chemical Weapons Act and causing grievous bodily harm with intent to Yulia Skripal and Bailey.

There have still been no charges made in relation to the later poisoning that killed Dawn Sturgess and left Charlie Rowley seriously ill, after they became unwell on 30 June 2018 at an address in Amesbury, Wiltshire. Although the incidents are being investigated jointly, police have been unable to account for how the adapted perfume bottle the novichok was held in came to be at the property in Amesbury.

Patel said the thoughts of everyone would be with Sturgess’s family on Tuesday. Theresa May, who was prime minister at the time of the attack, said: “This is further confirmation that responsibility for this attack lies firmly in the hands of the Russian state. I urge the UK government to do all it can to bring the individuals concerned to justice.”

No 10 said the Foreign Office would raise the case of Denis Sergeev with the Russian ambassador to the UK but any formal request for extradition would be “futile”. 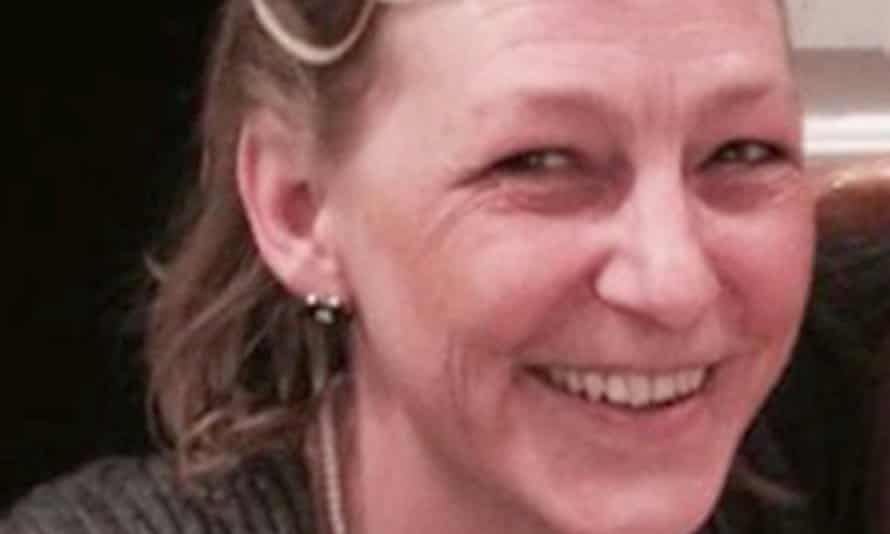 There have been no charges in relation to the poisoning of Dawn Sturgess (above), but police are pursuing the case. Photograph: Metropolitan Police/PA

Interpol notices have been applied for in respect of Fedotov and remain in place for Petrov and Boshirov. Haydon said there had been no cooperation from Russia in the investigation and there was no extradition treaty so, outside a diplomatic breakthrough, the police were reliant on them leaving the country – a prospect he thought unlikely – to have any chance of bringing them to the UK to stand trial.

Haydon said officers had “been aware of” Fedotov when they first identified Boshirov and Petrov but there had been added challenges with respect to his case, which led to the delay in charges being brought. 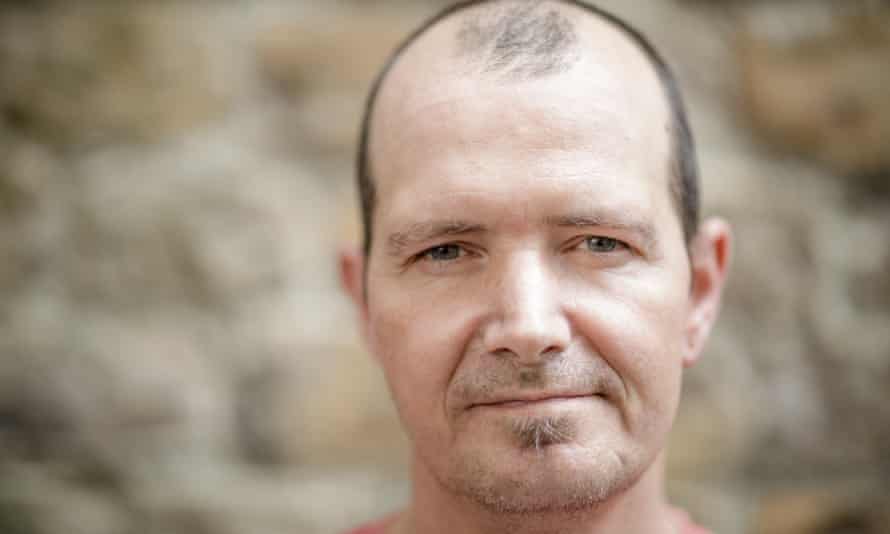 He said police continued to investigate other individuals who may have been involved in the Salisbury attack and they were determined to lay charges with respect to the poisoning of Sturgess and Rowley.