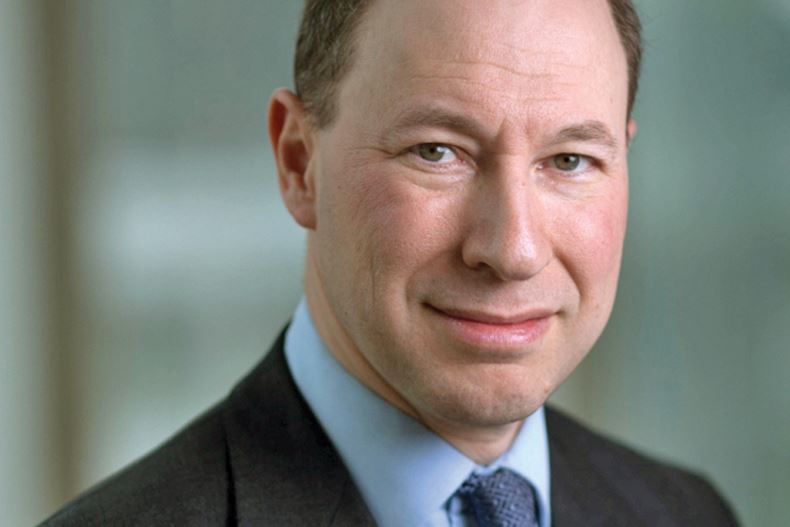 Arch ‘dividend hero’ City of London (CTY) has appointed David Smith as deputy manager, settling the question of who will take over the popular £1.7bn UK equity income trust when Job Curtis, its fund manager for 30 years, retires.

There was no mention in today’s annual results of when Curtis, 60, might step down but a succession plan has been in place for Smith (pictured above), who manages the £221m Henderson High Income (HHI) and runs the UK portfolio of Bankers (BNKR) global investment trust.

Smith has regularly attended CTY’s board meetings for the past three years, the company said. ‘He has a close working relationship with Job Curtis, our long-standing fund manager, having been a member of Janus Henderson’s global equity income team for nine years,’ it added.

Smith has run the 6%-yielding HHI for seven years. Although its performance has struggled in the past five years with a total shareholder return of 18% that is below the FTSE All Share’s 32% at yesterday’s close, over 10 years it has delivered 150%, ahead of the index’s 109%.

HHI, which invests around 11% in bonds, actually uses a composite benchmark split 80-20 between the All-Share and UK bond index. According to the company, this returned 30.2% in the five years to 31 August, slightly ahead of the trust’s 28.5% total shareholder return.

Dividend hits 55 not out

News of the appointment came as CTY declared its 55th consecutive rising dividend – the record in the investment trust sector – with a 0.5% or 0.1p increase to 19.1p per share.

As with last year, when the board had to contend with an ‘avalanche’ of dividend cuts and cancellations in the pandemic, CTY again dipped into revenue reserves to lift its payout.

Although a rebound in dividend payments boosted earnings per share by 8.6% to 17.09p, it was not enough to cover the trust’s dividends, requiring £8.1m to be drawn from reserves, down from the £14.4m taken last year.

This left CTY with revenue reserves of £37.6m, less than half it paid out in dividends in the financial year. Although this pool is dwindling, the trust also has distributable capital reserves of £296.6m which means the 5%-yielder can support a rising dividend for years to come if it wants.

With quarterly dividends included, Curtis (pictured below) delivered a 20% total underlying investment return which, while it lagged the 21.5% of the All-Share and the average 26.4% rise by sector rivals, was a big improvement on the 14.6% loss in the previous year.

It included a second half when net asset value grew faster than the UK stock market index as Curtis’s ‘value’ style of buying slightly out-of-favour companies came into its own after years when it was sidelined by ‘growth’ stocks.

‘While City of London is behind the FTSE All-Share index over periods of up to five years, reflecting the underperformance of high-yielding “value” shares, it is 19% ahead over 10 years with a 104.5% return,’ said Laurie Magnus, who replaced Philip Remnant as chair last year.

Curtis explained his preference for large defensive companies hurt the trust’s relative performance as the likes of Verizon Communications, Nestlé, Novartis, Merck and Munich Re, which maintained their dividends during the economic lockdowns, had less scope to rally when the stock market recovered from the Covid crash in the spring of last year.

Although Curtis lifted his exposure to medium-sized stocks outside the FTSE 100 to 15% from 12%, he was, as ever, underweight in small and mid-caps, which soared as the economy reopened.

He sold long-standing positions in Halma, the health and safety product maker, Spirax-Sarco Engineering and precision measuring equipment manufacturer Renishaw after their shares became expensive and their dividend yields fell below 1%.

He continued to favour stable food retailers, adding to Morrisons and Tesco ahead of the former receiving two private equity bids.

Faith in fags and oil

Curtis is largely backing the FTSE’s traditional large dividend payers as they face enormous business challenges. Having cut his oil sector exposure to 5.3% after Shell and BP slashed their dividends last year, he believes both can succeed in their long-term pivot to renewable energy.

‘Royal Dutch Shell and BP’s share prices have lagged the recovery of the oil price and should do better as they continue to grow their dividends,’ he said.

Within the much larger 21.4% allocated to consumer staples companies, such as Diageo and Unilever, Curtis retains a holding in British American Tobacco. This generates lots of cash for dividends and is very cheap, with the shares depressed by the baleful health impact of its products.

‘In our view, BAT will be able to replace profits from cigarettes with its next-generation less harmful nicotine products, over the long term,’ the fund manager said.

Curtis did, however, join investor protests against Rio Tinto, the mining giant that is its third-largest holding. After its scandalous destruction of a sacred Aboriginal site at Juukan Gorge in Australia, the company’s chief executive resigned, but Curtis voted against its remuneration report and the re-election of two of its directors to signal his displeasure at the handling of the incident.