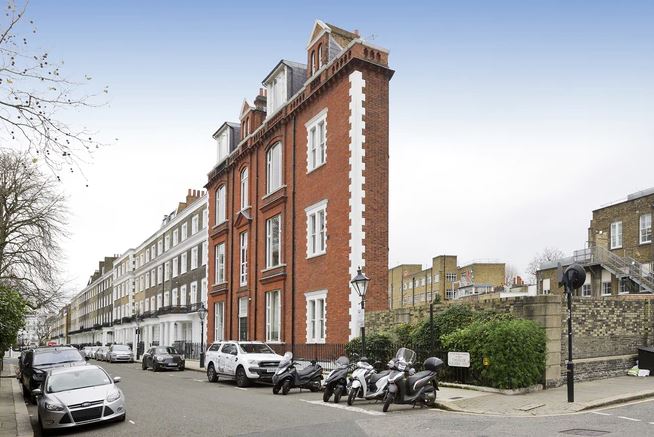 A flat in one of London’s narrowest buildings has just gone up for sale in the capital. The West London property – which is just 13 feet wide – is on the market in Kensington.

But, despite its slim exterior, the Thurloe Square home will set you back £795,000.

If you’re wondering what you can fit within the four metre width – the flat manages to squeeze in two bedrooms and two bathrooms.

The flat in the South Kensington “Thin House” is up for sale for almost £800,000 Credit: Purple Bricks

The former art studio was built on land that was left over after houses were demolished to make way for the London Underground at the end of the nineteenth century.

The government of the time stopped the Metropolitan Railway Company from building an entrance to South Kensington tube station in Thurloe Square, leaving space for the so-called “Thin House”.

The flat is in a building which is just six feet wide at its narrowest points Credit: Purple Bricks

Purple Bricks, the estate agent selling the flat, told ITV News London: “This is a unique opportunity to live in a well-known local tourist attraction, the ‘Thin House’.”

The blue house (centre) was up for sale in Shepherd’s Bush last year. It measures just six feet wide in some places Credit: Winkworth

London Underground: What ‘fast’ and ‘semi-fast’ mean on the Metropolitan line and why we have them