A BIZARRE flat available to rent for £175 per week in South London has a BED above its kitchen cupboards.

The weird feature might create bedlam for some – but could be midnight snack perfect for others.

Can you spot this property’s bizarre hidden feature?Credit: Gumtree 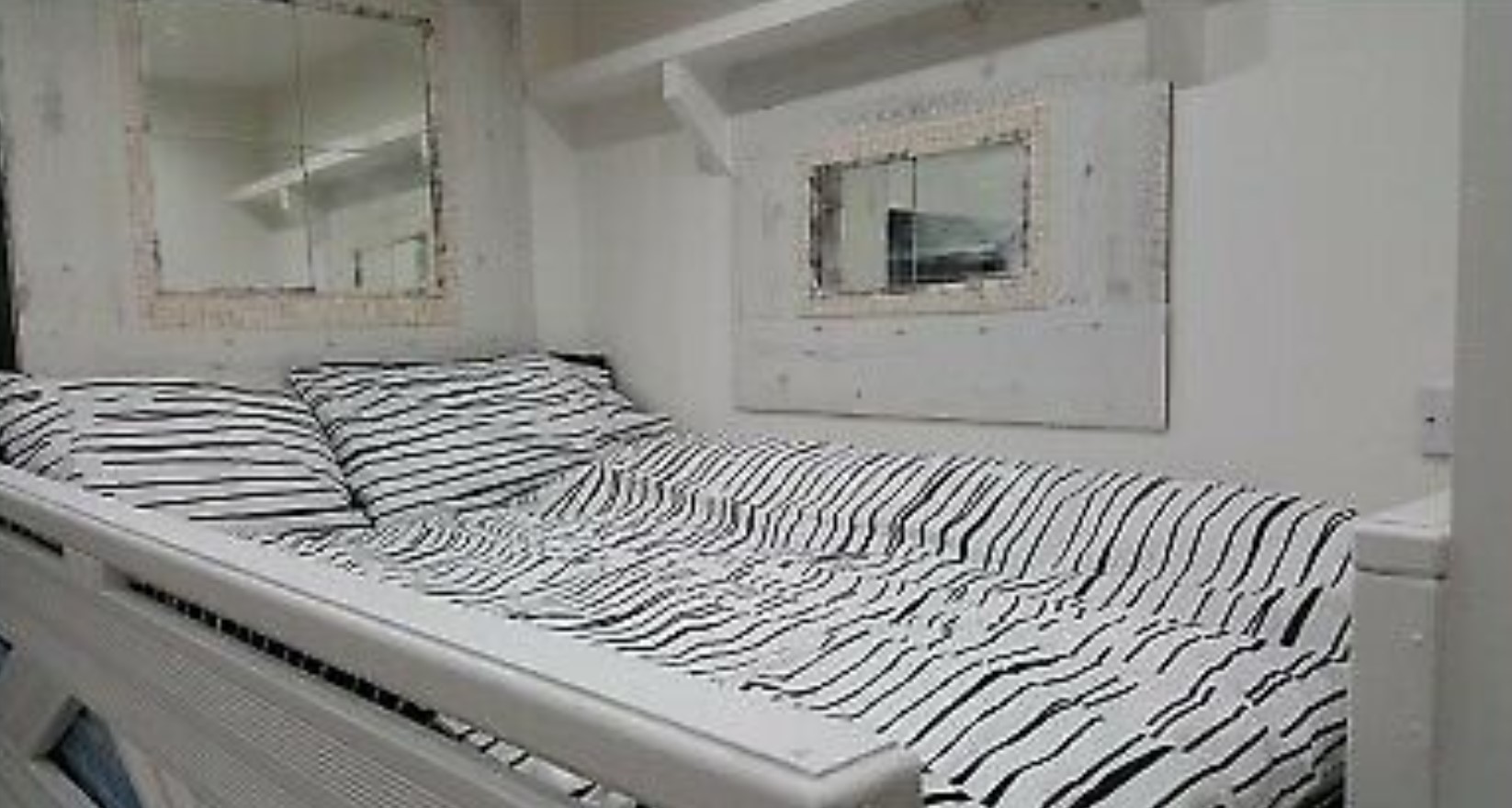 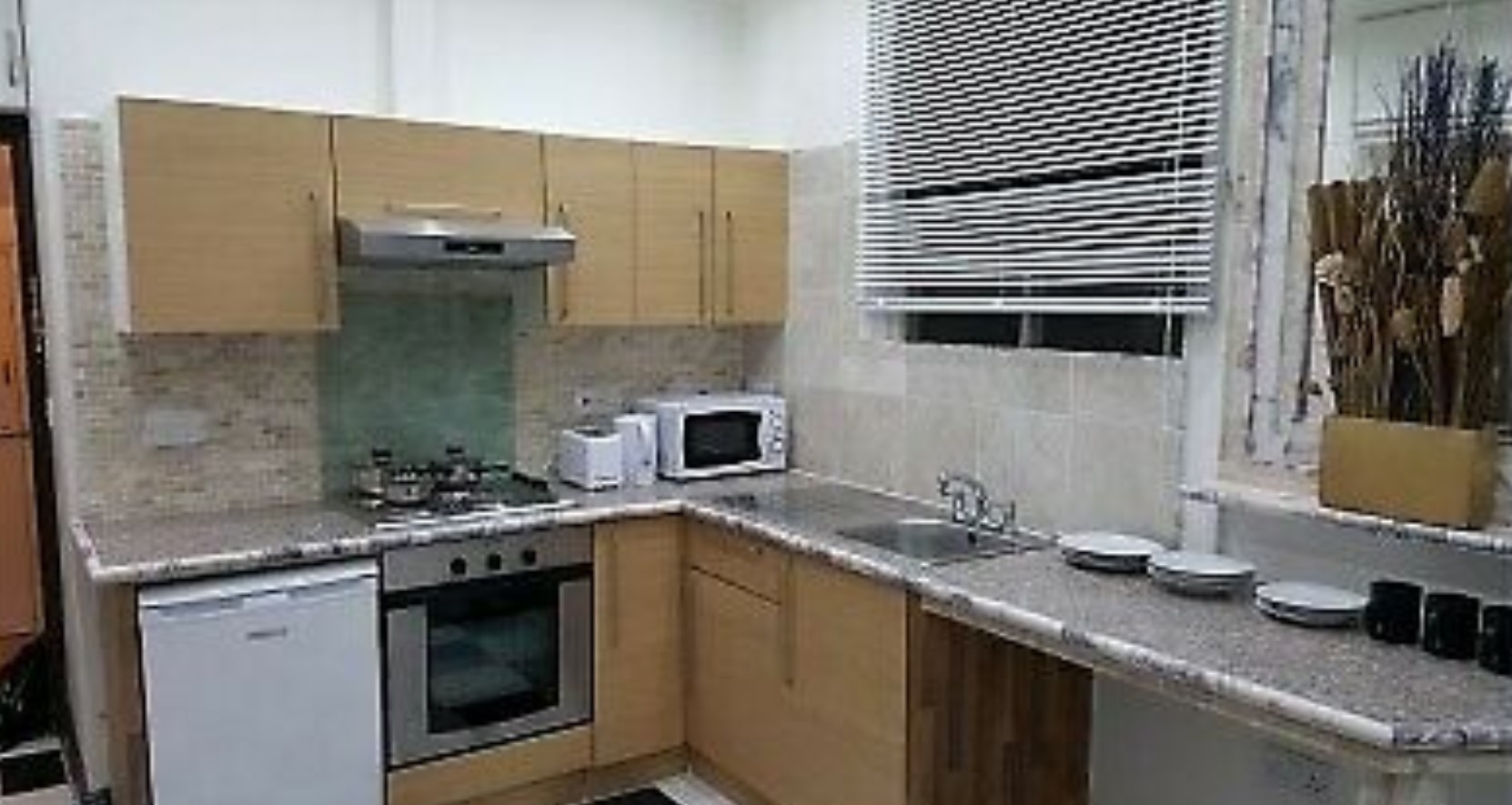 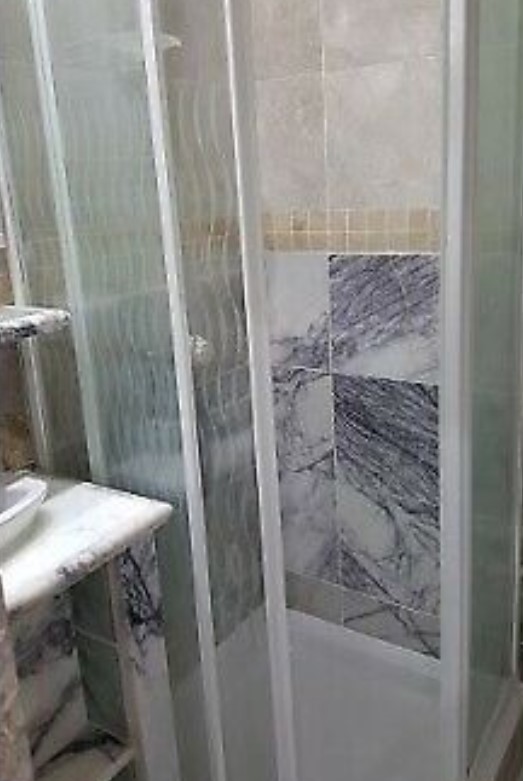 It has its own bathroom with showerCredit: Gumtree

The self-contained studio has been listed on Gumtree, where it explains there is a “fully-furnished, fully-fitted kitchen”.

But the ad doesn’t point out that it also has a bunk-style bed constructed above several kitchen cupboards, tucked in a corner.

Pics show the bed is reached by several built-in ladder-style steps to the side of the low cupboards – all painted white.

There’s even two mirrors above the bed, to try and create a spacious feeling in the studio, tucked away in Brixton Hill.

And it’s just several feet from the sink and bench – not to mention the fridge for peckish midnight snackers.

“The studio comes fully furnished with fully fitted kitchen and own bathroom with shower, WC and wash hand basin.”

Situated on the first floor, there is also “free broadband”.

The studio is “suitable for one or two people”, the ad continues.

Location-wise, the property is a 10-minute stroll to the Brixton tube station.

There are also buses nearby to West End, City, Clapham and Balham.

It’s close to supermarkets, restaurants, cafes, bars and amenities in the area, the ad says.

The bizarre property has been advertised days after a stunning studio flat went on the market for £1,200 a month – with a huge surprise awaiting its new tenant.

Amazingly, the property was offering a 25-metre swimming pool right outside the front door.

And it’s believed to be one of fewer than 130 private pools in the capital.

Elsewhere, a property in Notting Hill was put on the rental market for a little under £800 a month – but it’s missing one essential feature.

Although the studio offers a shower, there’s no toilet to be found.

Your property must be fit to live in and be safe, healthy and free from things that could cause serious harm.

If your house falls below these standards, you could take your landlord to court.

There are also rules in place to stop overcrowding in small houses.

To find out if your house is overcrowded, count the number of people living there and add up the number of bedrooms and living rooms.

A maximum of two people to one room is allowed, as well as a maximum of three people to two rooms, and three inhabitants to five rooms.

You can check to see whether your home is overcrowded using Shelter’s guidebook on it’s website.

Citizens Advice says you should complain to your landlord if your home doesn’t meet these standards, or you’re unhappy with your living conditions.

You should put your complaints down in writing, either in a letter or email, so you have evidence of your conversation.

If your landlord doesn’t fix the problem, you should tell your local council – again, make sure you email or send a letter.

You can find which one is yours using the gov.uk’s council finder tool.

Send a copy of any evidence following your call or with your letter, for example photos showing the problem. 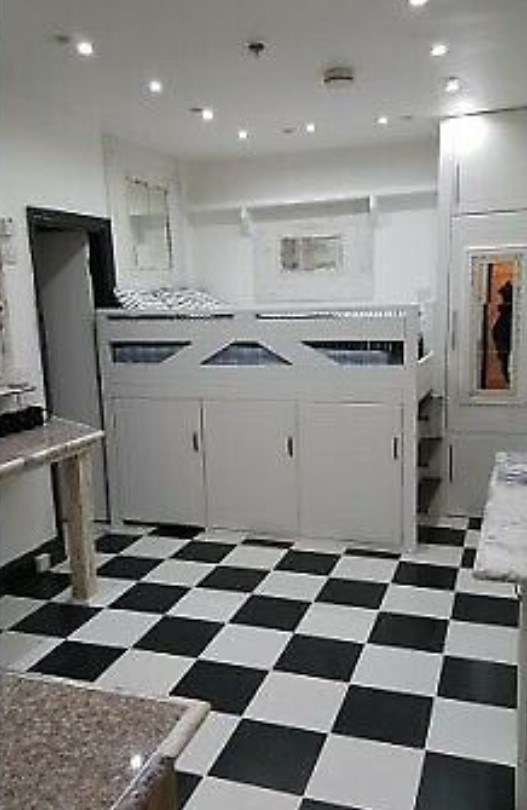 The bed has been built above the white coloured kitchen cupboardsCredit: Gumtree 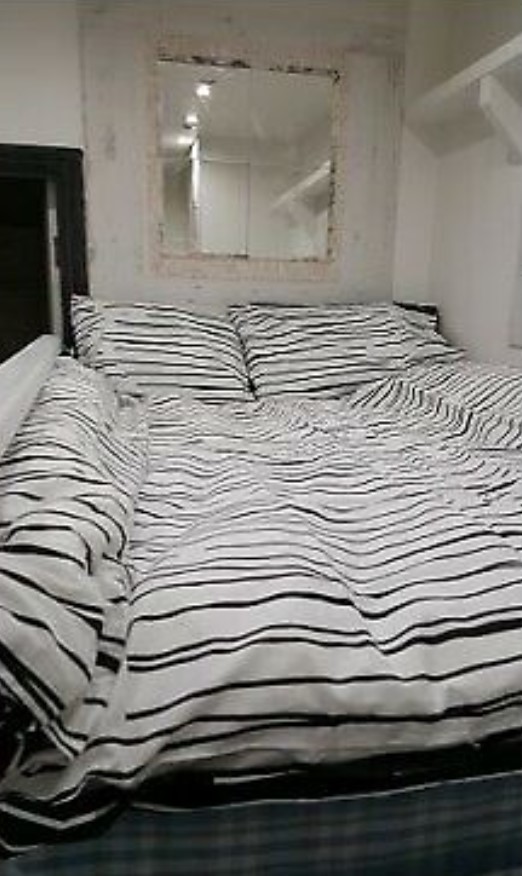 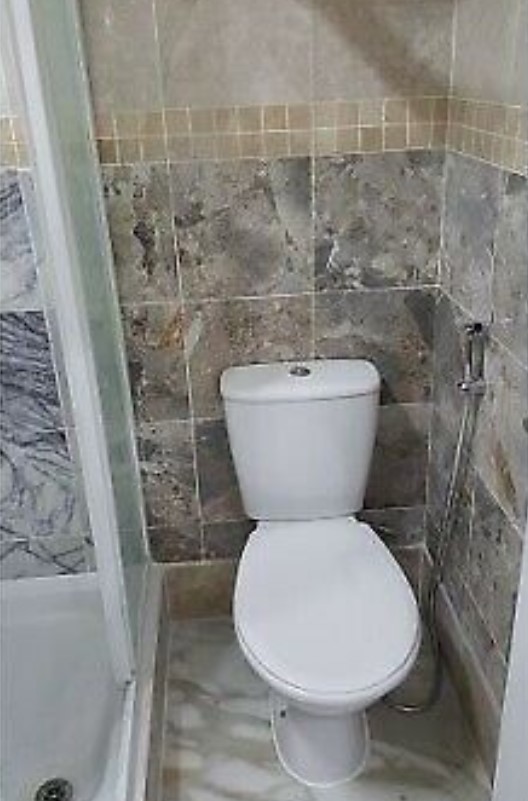 The tiny bathroom has a shower, WC and basinCredit: Gumtree
Single mum on benefits now only works two hours a week renting out other people’s houses with a business worth £2 million