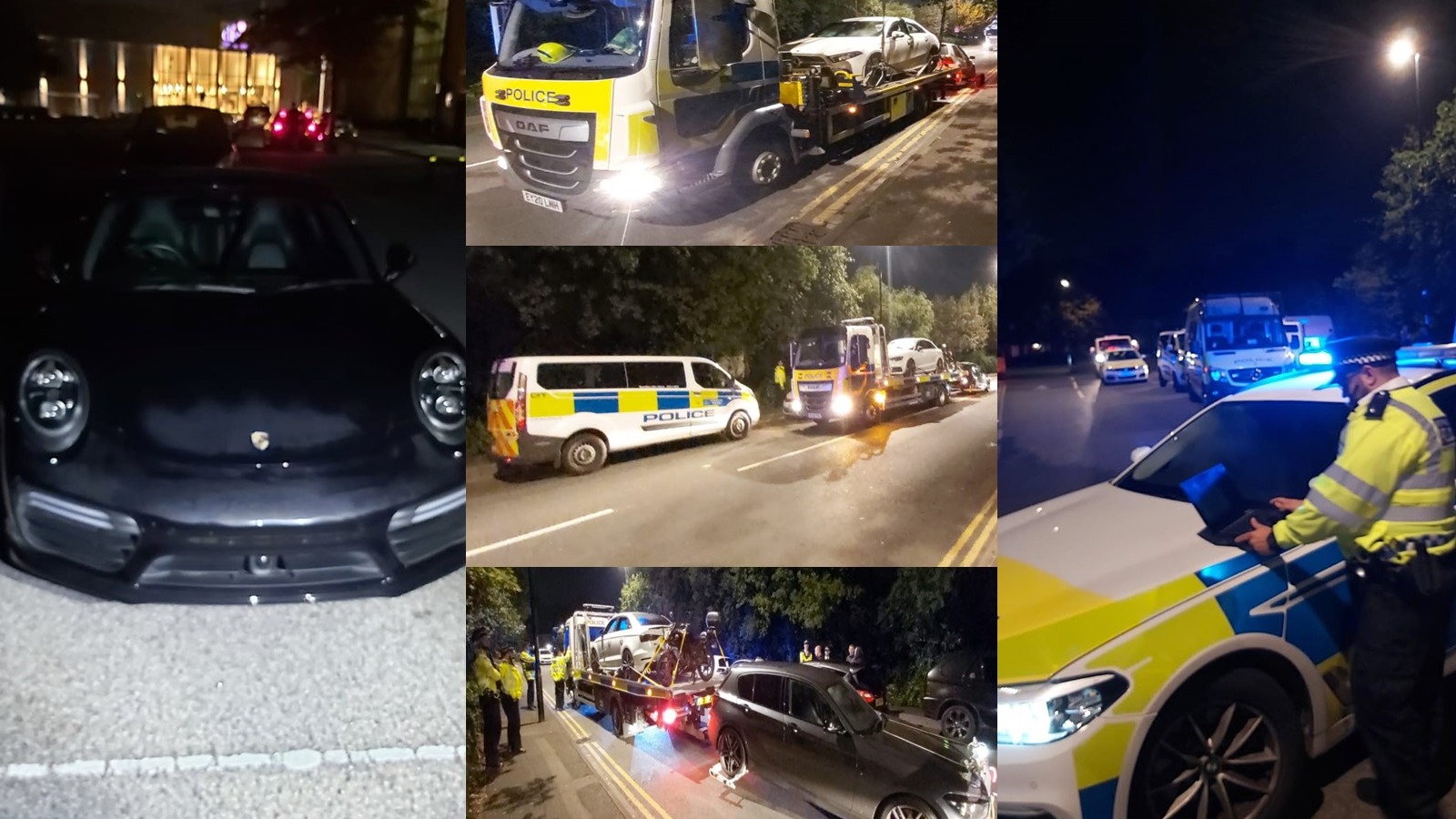 Police took 21 cars off the road in South London in just one night during an operation to crack down on anti-social behaviour.

So-called ‘car meets’ have been getting more popular, bringing with them more cases of disruptive behaviour and dangerous driving.

“These events encourage lawless, irresponsible and totally unacceptable behaviour. They appear motivated by fictional films and games which do not represent reality in any way,” said Sergeant Mark Wells, from the Met’s Roads and Transport Policing Command.

“Our message is clear, those involved in anti-social vehicle behaviour of any kind will face the consequences of their actions. Events such as this are a blight to the local community and put lives in danger due to reckless behaviour,” he added.

Around 400 people had gathered in Croydon to watch or take part in the car meet.

‘I Was 16, Standing In The Garden Of My South London Home, Being Coerced Into Marriage With A Man Twice My Age’