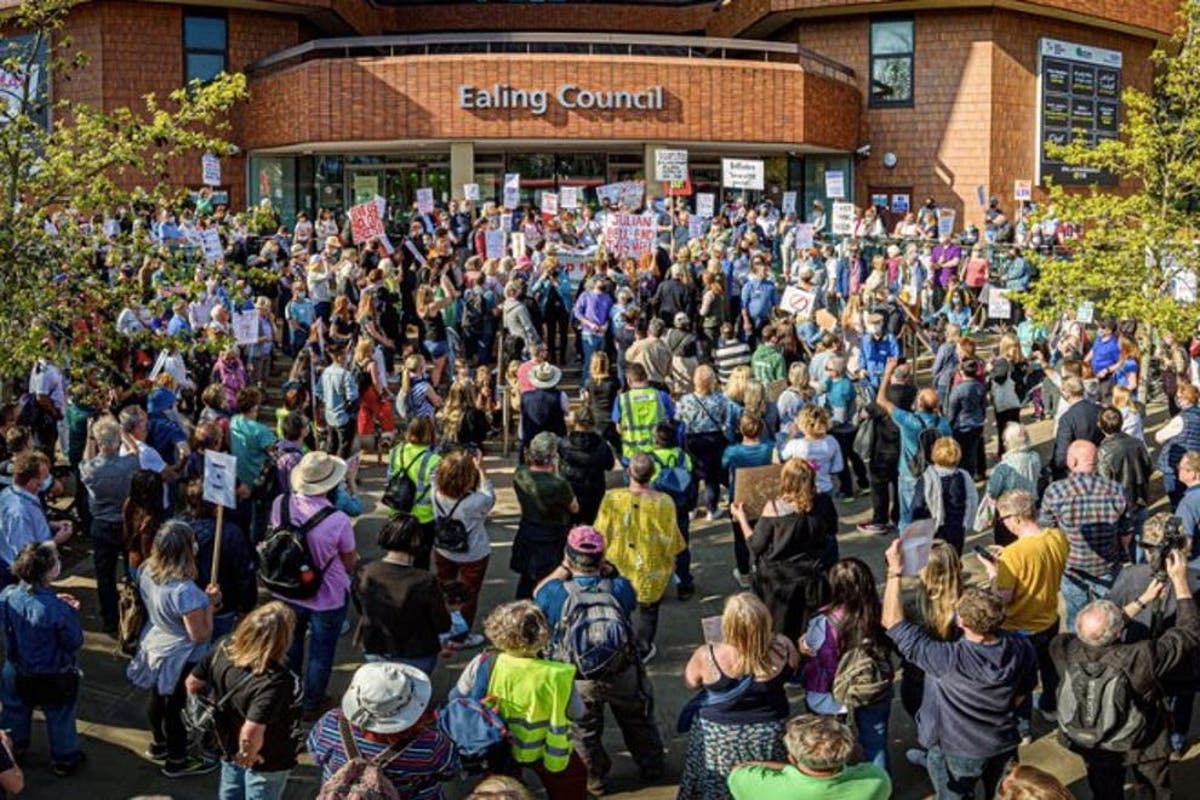 even of London‘s Low-Traffic Neighbourhoods (LTNs) in west london are to be scrapped after it was found they caused “no material change in air quality“.

Ealing Council studied nine LTNs following protests from residents, who gathered in their hundreds outside the town hall in April to demand they be axed, the Telegraph reported.

The LTNs were brought in during lockdown last year to redirect traffic away from residential areas, which involved installing cycle lanes as well closing off roads to through traffic and widening pavements.

Transport Secretary Grant Shapps previously announced the scheme, with plans for 200 LTNs across the country, would receive hundreds of millions of pounds as part of the Government’s so-called green transport revolution’, which hopes to reduce car use by encouraging walking and cycling.

However a year after being introduced, seven out of the nine LTNs in Ealing had “no data available on whether there has been an impact on walking and cycling” a report found.

Ealing Council even discovered an increase in traffic on one road within the Acton LTN, as well as an increase in cars travelling on its boundary roads.

While five of the seven LTNs did inevitably experience a reduction in traffic on residential streets inside the scheme, increased congestion’ was created on nearby streets, although not necessarily on boundary roads, according to the Telegraph.

A council report says: “There is evidence that (as would be expected) traffic flows have reduced within each of the LTN areas themselves.

“Apart from that, broadly speaking, the overall benefits for some residents are somewhat offset by disbenefits to others.

“In addition, there are no schemes where the overall impact in terms of traffic/congestion and air quality are significant either positively or negatively.

“Given this, it is considered that the views of local residents within the LTNs, and therefore most directly impacted by the schemes, are particularly important in terms of deciding whether or not the LTNs should remain or be removed.”

The council used three different systems to evaluate public support or opposition from both those living within the LTNs and those living on roads on the borders.

In Ealing at least, between 63 and 79 per cent of those living inside the schemes are opposed to them, rising to 67 to 92 per cent among those living on the boundaries.

‘I am totally impoverished, depressed and in such a dark hole’: Woman, 65, says she would ‘starve’ without weekly food parcels

Fairytale proposal for London lovebirds at ILLUMINATURE in Barnes