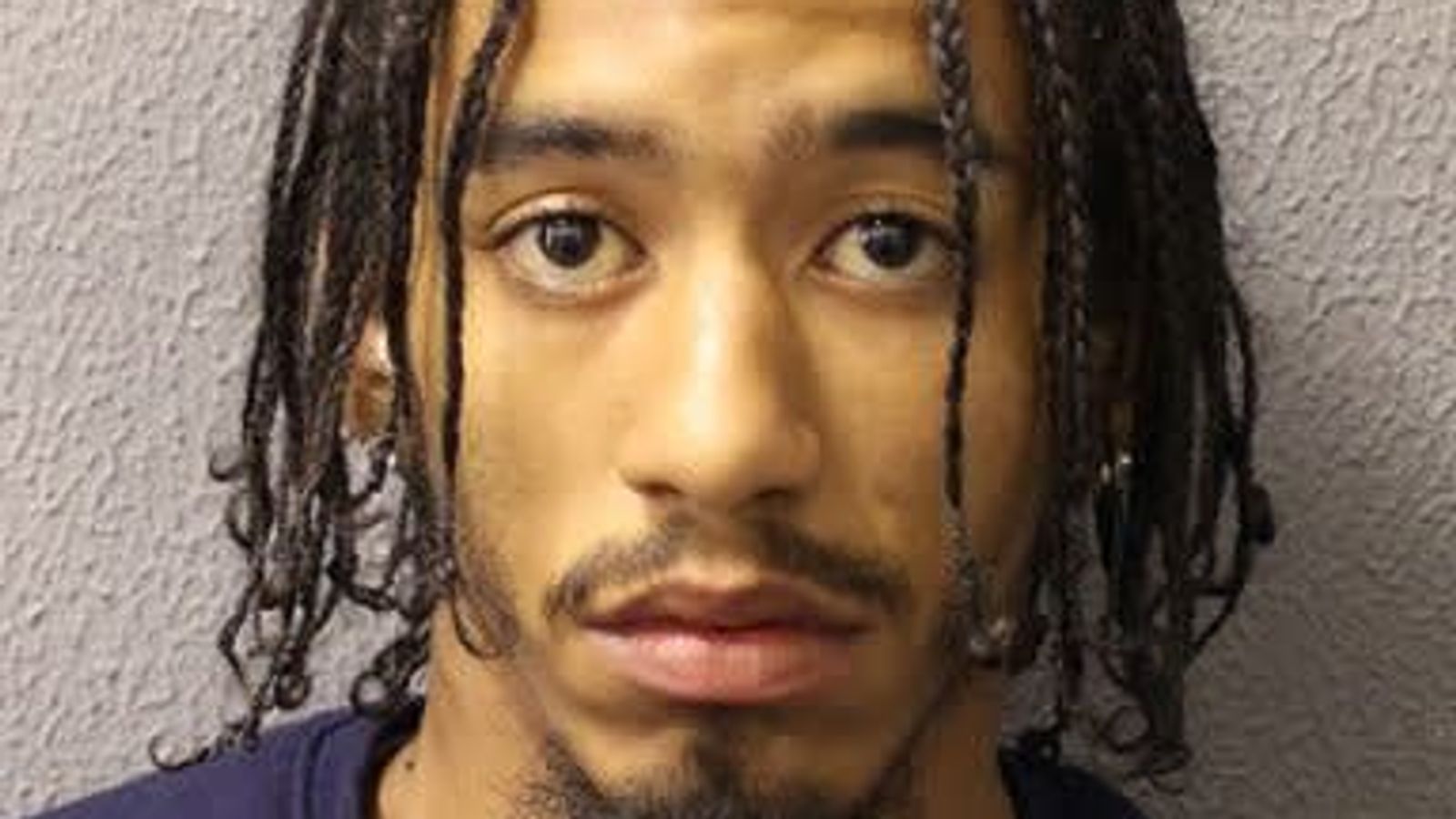 A man who raped two men he met on a dating app has been jailed for 14 years.

Aaron Goodey, 23, was found guilty of three counts of rape, two counts of robbery and one count of blackmail.

Goodey was arrested in July 2020 after an investigation into two incidents where men were raped by a man they had met on Grindr in the Enfield area of London, Wood Green Crown Court heard on Friday.

He then took the victims to a cashpoint and forced them to withdraw money while threatening further violence.

An investigation linked Goodey to a third offence where a man was assaulted and forced to withdraw cash by a man he had met for consensual sex in Lambeth in January 2020.

Forensic evidence from the victim of the first offence led scientists to identify Goodey as a potential suspect.

Officers reviewed CCTV footage and phone worked which linked him to the three incidents.

Goodey was then arrested and interviewed the attacks and denied any involvement.

However, the Crown Prosecution Service authorised charges against him on account of the evidence collected by scientists and officers.

Goodey, of Tramway Avenue, Enfield, was sentenced on Friday.

Detective Superintendent Seb Adjei-Addoh, from the local policing team in Enfield, said: “Aaron Goodey is a dangerous sexual attacker and posed a significant risk to men across London.

“He gained access to the victim’s houses before subjecting them to significant sexual attacks, while using and threatening further violence, to extort money.

“This sentence sends a clear message that sexual violence towards any person will not be tolerated in London and I acknowledge the bravery shown by the victims in this case who provided crucial evidence to ensure Goodey cannot offend again.”

He added: “I would urge anyone who had been the victim of such an offence to contact police immediately on 101. Any reports will be dealt with sensitively and your identity will be kept confidential. Always call 999 in an emergency.”