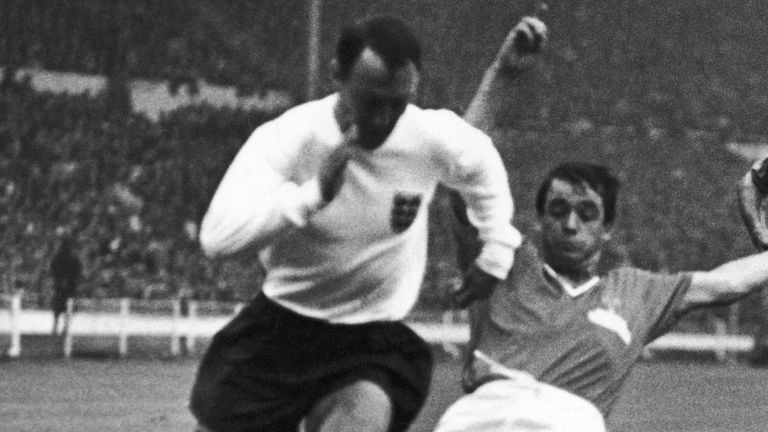 Jimmy Greaves, the former England, Tottenham and Chelsea striker, has died at the age of 81.

Greaves is Spurs’ record goalscorer having netted 266 times in 379 games for the north London club. His 37 league goals in the 1962/63 season remains a club record.

He was also a member of England’s World Cup-winning squad in 1966, and ended his international career with 44 goals in just 57 caps.

He passed away at home in the early hours of Sunday morning.

Greaves began his career at Chelsea and scored on his debut – against Spurs – in 1957.

He spent four years as a professional with the Blues, and scored 41 goals in the First Division in 1960/61 – another club record.

Greaves then moved to AC Milan before swiftly returning to England with Tottenham in 1961, where he scored a hat-trick on his debut against Blackpool.

The striker also found the net in Spurs’ FA Cup final win in 1962 and their European Cup Winners’ Cup final victory in 1963. He won another FA Cup with the club in 1967.

Greaves then joined West Ham in 1970 before retiring, aged 31, a year later.

He is survived by his wife Irene and four children, plus their 10 grandchildren and great-grandchildren.