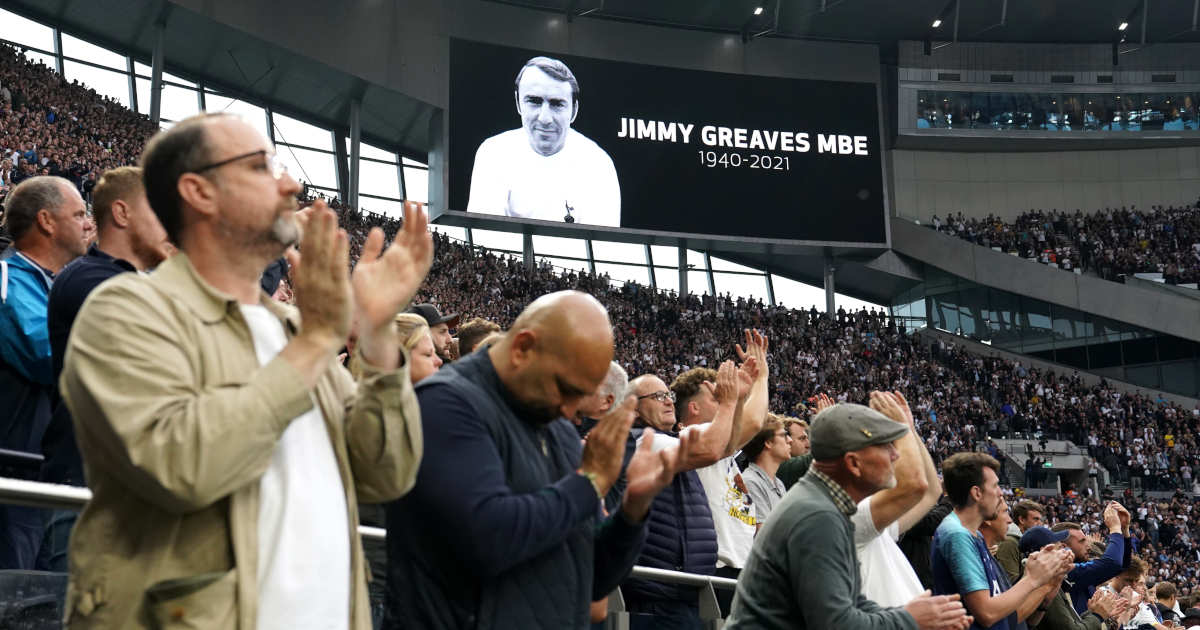 Tottenham sprung a surprise in their selection with Heung-min Son leading the line along with Harry Kane, and Cristian Romero making his Premier League debut next to the returning Eric Dier.

Tanguy Ndombele also started in midfield and Tottenham pressed aggressively from kick-off as they stood their ground against the European champions.

There were early opportunities through Giovani Lo Celso and the hosts’ two forwards but Chelsea overcame a difficult opening and soon settled.

Thomas Tuchel’s side made it count in the second half when Thiago Silva headed the first goal from a corner, before N’Golo Kante’s heavily deflected shot made it 2-0.

Tottenham could not muster a meaningful response and Chelsea came closest to scoring next through Timo Werner and then a goalmouth scramble involving the German, Romelu Lukaku and Marcos Alonso.

Antonio Rudiger added a third in stoppage time to condemn Spurs to consecutive 3-0 defeats in the Premier League.

Tottenham – like Chelsea – were mourning the death of Jimmy Greaves and they are a million miles away from the side that Greaves was a rampant scorer in during the 1960s and the one that reached the Champions League final just over two years ago.

There are serious concerns over the form of Kane, who was desperate to leave the club this summer and on this evidence it is easy to see why.

With the death of Greaves announced early on Sunday, this was a perfect fixture considering he played for both teams.

The atmosphere was heightened by a warming pre-match tribute to Greaves, where a host of former players came pitchside to join in the minute’s applause for Tottenham’s record goalscorer, who scored 266 goals in 379 appearances.

Tottenham fed off the energy of that and started the game well, with two loose balls in the area just evading Lo Celso.

Chelsea were a threat on the counter-attack, though, and had Spurs on the rack as they broke in a three-on-two situation.

Mason Mount fed Lukaku, whose return ball was under-hit, allowing Emerson Royal to get across and block Mount’s shot.

With Kane, Son, Lo Celso, Ndombele and Dele Alli in the team there was a different feel about Spurs from the one that limped to a 3-0 defeat at Crystal Palace last week and they had two big openings.

Son, returning from an injury, sent Sergio Reguilon through on goal and the Spaniard had the opportunity to drive in on goal, but instead he tried to pass to Lo Celso and the ball was cut out.

Then, just after the half-hour it was Son who was in after a Lo Celso pass, but the South Korean’s touch was heavy and Kepa came out to block the shot.

Tuchel was not happy with what he saw and brought Kante on at half-time and switched to a 3-5-2 formation.

And it transformed the game as Chelsea took a 49th-minute lead.

Alonso had a flying shot tipped over by Hugo Lloris and at a second corner from that save, Silva climbed highest and found the bottom corner with his header.

Chelsea were rampant and deserved the luck they got for their second goal just before the hour.

Lo Celso ran into trouble and was dispossessed, with Kante afforded space to line up a shot, which took a wicked deflection off Dier and flew into the bottom corner.

Spurs – seemingly shattered from their first-half exertions – had nothing in the way of a response, with Kane’s fizzed shot at Kepa their only meaningful effort of the second half.

At the other end Chelsea had enough chances to rack up a handsome victory, but Lloris saved well from Silva, Werner was twice denied when through on goal and Lukaku headed straight at the Frenchman.

Eventually the third goal came in injury time as Rudiger swept home Werner’s cross as Chelsea end the weekend on top of the Premier League table.