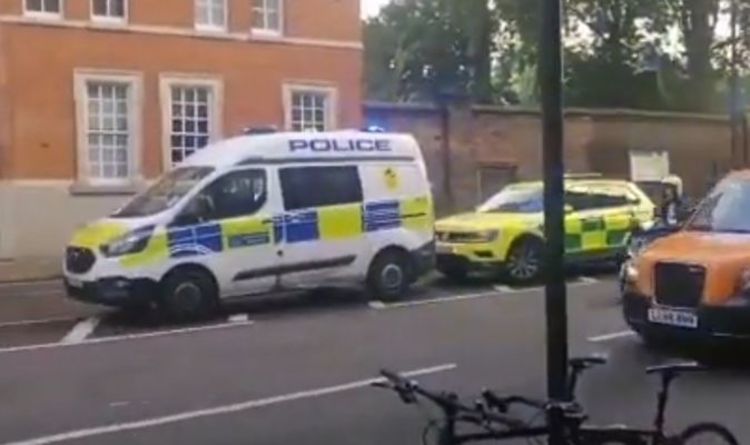 A large police presence descended on the scene this evening.

Police confirmed they were called at 5.05pm today.

The building on Grays Inn Road has now been evacuated by the emergency services.

A Met Police spokesman said: “Police were called at 17:05hrs on Tuesday, 14 September to reports of two suspicious packages at a building on Grays Inn Road.

“The building has been evacuated as a precaution.

An eyewitness at the scene posted a video on social media where they showed the heavy police presence on the central London street.

Fire crews have also been called to the scene this evening.

Police are dealing with the package at the scene.

They added: “Suspect package found in old police station building all staff evacuated and emergency services dealing with it.”

There have not been any further reports from the police concerning the incident.

The Queen opened the new headquarters of Scotland Yard in 2017.

While there Her Majesty viewed new bomb disposal equipment and met with the Met’s explosives officers.