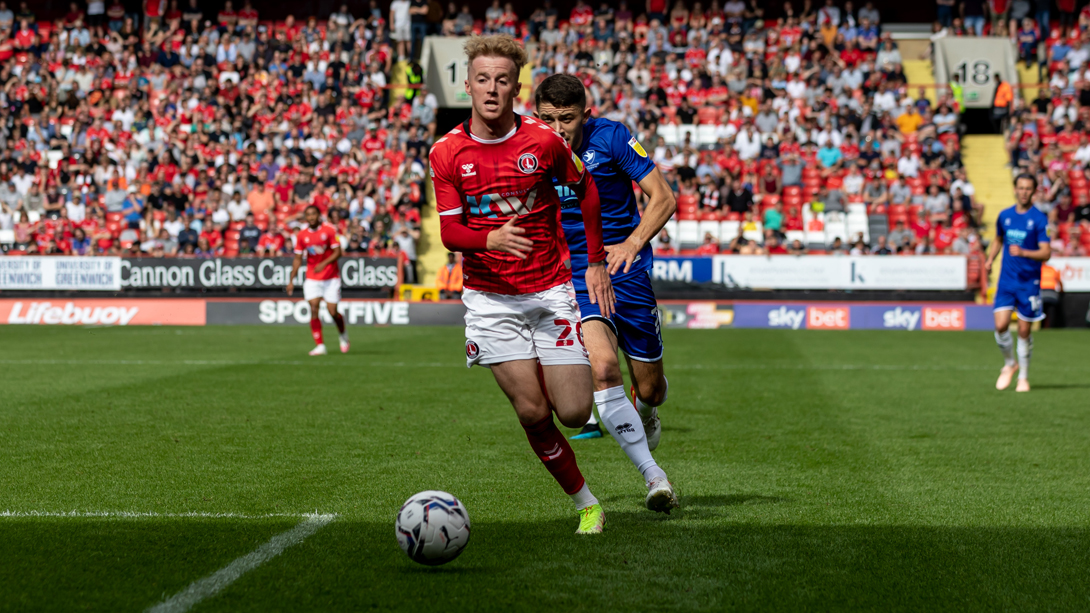 Charlie Kirk was determined that Crewe would be compensated for his move to Charlton Athletic.

The 23-year-old joined the Addicks in the middle of last month after they bid £500,000 to trigger a release clause in his contract.

“I said from the start that I wanted to give something back to Crewe,” Kirk told Valley Review, Charlton’s matchday programme. “I didn’t just want to leave and for them not to get anything for me.

“I could have left at the end of this season. I could’ve gone for free, which I didn’t want. They’ve been so good to me from the age of seven, so I wanted to give something back.

“So me going for a bit of money is good for Crewe. I feel like I’ve served my time well, handled my transfer well and gone with nothing but good intentions. I think everyone throughout the club can see that and hopefully has respect for me, just as I have respect for them.

“I’d gone as far as I could have gone with Crewe. The promotion from League Two….a good last year back in League One. I definitely needed a change and I’m glad I did it. I’ve not come here to be a steady League One player, I want to go and play as high as I can.”

“I heard they’d come in with a bid but things weren’t right at the time, for a few different factors,” said the winger. “So I turned it down, carried on with Crewe until the end of the season. Then Steve Gallen [director of football] rang my agent and said: ‘We’re still interested, the offer is still there if Charlie wants to come’. And I just thought it was the perfect time.

“Nigel [Adkins] just said pretty much: ‘Do what you’ve been doing most of your career. I will never tell you not to try things or stand in your way of wanting to play how you want to play’. That was a big thing for me.

“If I came somewhere and the manager tried to stop me from expressing myself in a certain way, that would maybe get to me a little bit.”