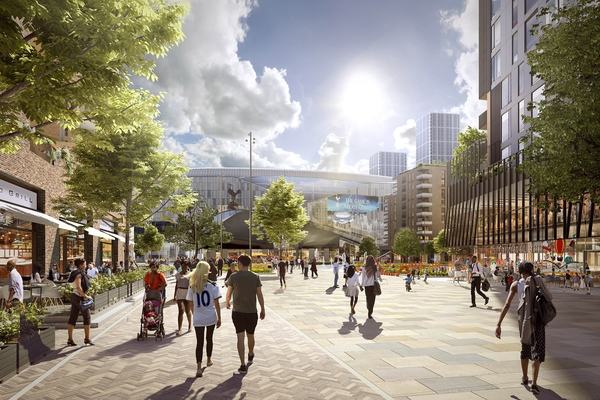 In a residents’ ballot on Haringey Council’s proposals for the Love Lane Estate in Tottenham, 55.7% of votes were cast in favour of the plans, with a 69.6% turnout. The ballot was the first of its kind in the borough and was undertaken between 13 August and 6 September.

The ballot was conducted as a condition of a funding package from the Greater London Authority (GLA), which has allocated £90m for the scheme.

Estate regeneration, particularly in the capital, has proved a controversial issue. Sadiq Khan, the mayor of London, previously backed mandatory ballots where demolition is involved. Last year, Inside Housing revealed that residents had voted in favour of redevelopment in all 13 ballots that had been carried out up to that point.

The regeneration of the Love Lane Estate, which will be led by Lendlease, will mean 500 new council homes are built. Every current tenant is guaranteed a secure tenancy on the rebuilt estate at council rents, the council has said.

Private leaseholders will also be offered financial support from the council to buy an affordable home, either on the redeveloped estate or at another location.

Peray Ahmet, leader of Haringey Council, said: “We are adopting a collaborative approach to redevelopment, so it is only right that local people had the final say on the future of their neighbourhood.”

The council approved plans to regenerate the area of the High Road opposite Tottenham Hotspur’s stadium in 2014. It signed a deal with Lendlease, the developer and construction giant, in 2017.

It also emerged this week that Lendlease is setting up as a for-profit registered provider.

Separately, Haringey Council previously scrapped a £4bn development vehicle, under which some housing estates would have been demolished. It led to the local authority and Lendlease settling out of court on the abandoned deal.