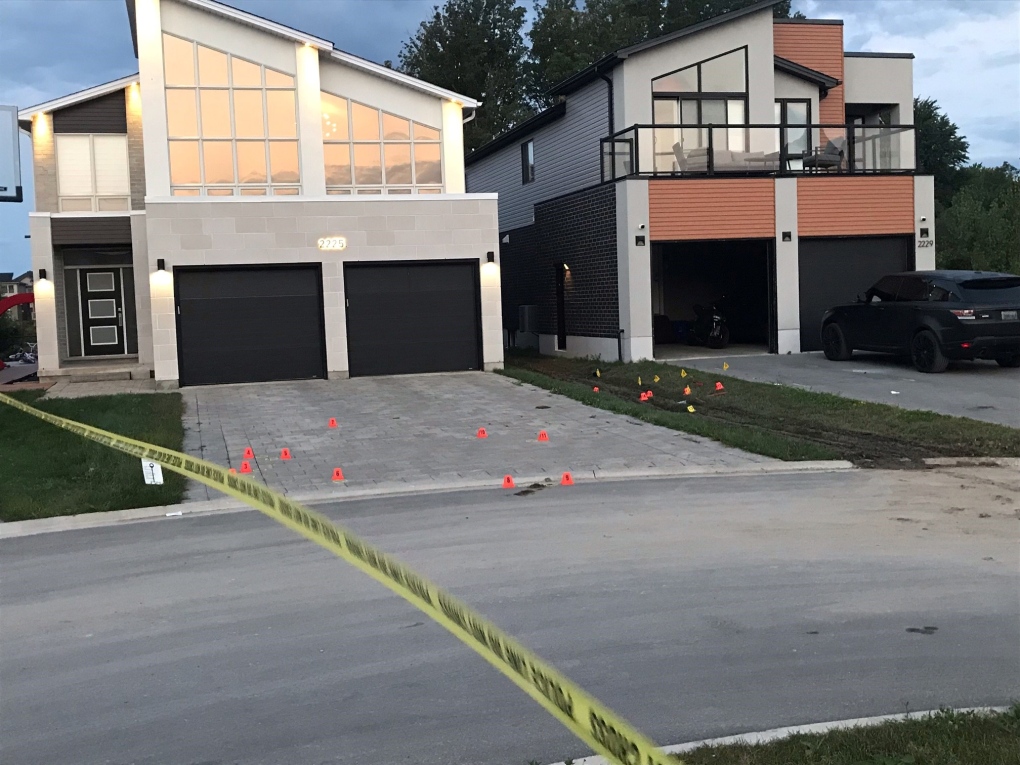 Multiple London police officers continue to guard a vast section of Wateroak Drive in northwest London for a shooting investigation.

The person later died in hospital.

Police have deemed the shooting as a homicide and have call it a a targeted attack. They add there is no threat to public safety at this time.

Police tape is spread over two sections of Wateroak, which is near the intersection of Fanshawe Park Road and Hyde Park Road.

In one area, two homes are blocked off with multiple police investigative markers. They follow a trail between the two properties.

In the second, two vehicles, a Porsche and an Infiniti SUV are guarded by police.

A neighbour, who requested not to be identified by CTV News, says he was in his garage, near the scene, watching TV when he heard a “tack, tack, tack” noise.

He then indicated, when police arrived, it appeared the investigation was centred at 2229 Wateroak, although there is also tape blocking 2225.

That’s where Sean Ham has lived for two years.

The London man says he was at work when he received a frantic call to come home. Once on Wateroak, he discovered a dramatic scene. “There was lots of police.”

Ham says officers told him to stay inside while they completed their investigation overnight.

He only learned Saturday morning a person had died at the scene.

Ham expressed shock and concern for his neighbours including a young child he says lives there. 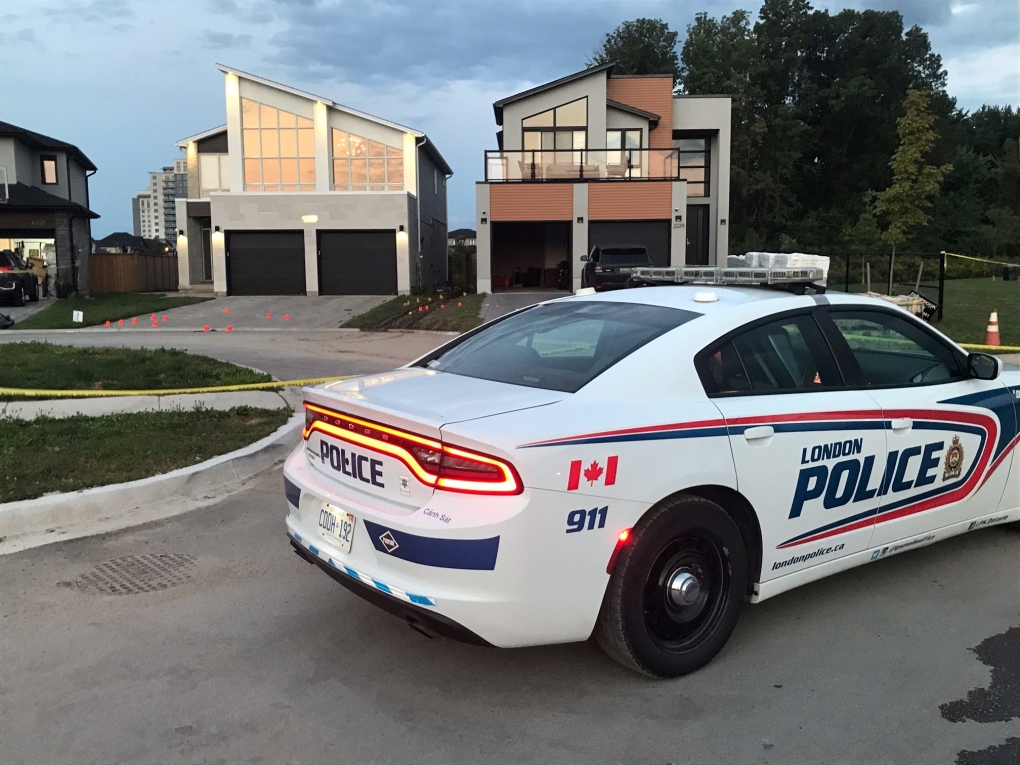 Although Ham says they have lived there a year or so, he did not really get to know them well.

But he says they often entertained.

“They have a party or something like that. They have nice cars, and every day it changes. I don’t even know who the owner of the house is.”

London Police continue to investigate and ask anyone with information to contact them.