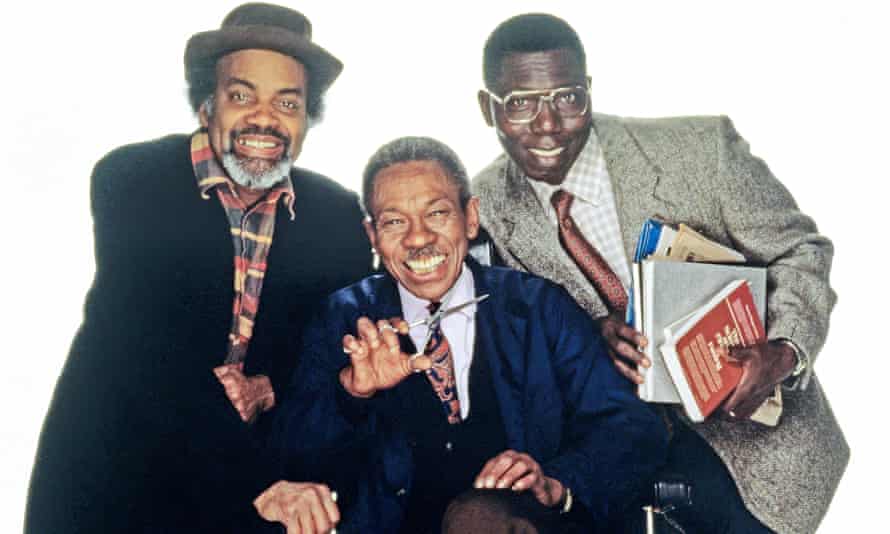 The day kicked off at 6am with four episodes of Desmond’s, the Norman Beaton comedy about a Guyanese barber whose outdated haircuts both mortified and bonded Peckham between 1989 and 1994.

It was an apt choice for the early-morning crowd; while it was not the first British sitcom to feature a primarily black cast, it became one of the most prominent, and – sadly – black British sitcoms remain few and far between.

The Ambrose family’s efforts to create a better life for themselves, with the odds stacked against them, still feel poignant in 2021, and the opening titles come complete with scenes of HMT Empire Windrush and lyrics about leaving a sunny life for the “damp and rain of London city” (and the strains of Don’t Scratch My Soca by Beaton).

At 8am it was over to east London as The Big Breakfast returned to screens after 19 years, with Mo Gilligan and AJ Odudu hosting the one-off revival with much energy, biting humour and celebrity guests including Usain Bolt and Nile Rodgers.

While a largely lighthearted and fluffy concoction, Odudu and Gilligan weren’t afraid to comment on current events, for example the latter’s witty remark about the education secretary, Gavin Williamson, mistaking footballer and campaigner Marcus Rashford for England rugby player Maro Itoje: “There’s people at home being like, ‘Oh my God, I didn’t know Marcel from Love Island was presenting this.’”

This led to a hilarious segment about mistaken identities, including an appearance from Guy Goma, infamously interviewed on BBC News as an IT expert while waiting for a job interview. Overall, a delight. Gregory Robinson

Next up, Channel 4 showed the US sitcom Black-ish, which follows the lives of the Johnson family, as “Dre” Johnson and Rainbow “Bow” Johnson try to raise their children in a largely white, suburban neighbourhood while ensuring they explore their black identity (including the “black culinary tradition” that is a real barbecue.)

In the first episode of four, Dre coached son Junior on how to perfect the art of trash-talking to deal with a bully, leading to Junior ultimately bullying his teacher. In a more meaningful watch, Dre then took his sons to “the cornerstone of the community” – the barber shop. Lessons include never switching seats, even if your barber has an off day with your haircut (or gets done for tax evasion). We then watched twins Diane and Jack go on an adventure after their parents realised they were too cautious about entering black neighbourhoods.

For a project seeking to champion black history, it seemed a missed opportunity not to include harder-hitting episodes, like the widely praised Hope – which featured a cross-generational discussion on police brutality – or Please, Baby, Please, a more controversial episode on white supremacy and black pride which was originally shelved in the US before being eventually released.

Black-ish often feels like an inside joke for black people, but that is what ultimately makes it crucial viewing for a mainstream audience. Hibaq Farah

Between 12 and 3, Channel 4 delivered a shot in the arm to lunchtime staples. As the leading broadcaster of cake-themed content with The Great British Bake Off, a cookery show in the company of a former contestant felt fitting. A gentle episode of Liam Bakes (first aired in 2018) saw Liam Charles infuse well-known classics with a Jamaican twist, via the patty quiche, while joking around with his charismatic friend Weyland.

Then it was on to an uneasy live broadcast of Mel B’s Packed Lunch, which was jam-packed with ideas and embraced chaos at every opportunity.

Fumbling through the slot usually helmed by Steph McGovern, the former Spice Girl almost read Chris “Kammy” Kamara’s lines off the prompter, who in turn looked terrified as he tried reiki live on air in Leeds. Mel went on to tell some anecdotes, recounting the time when Nelson Mandela tried to set her up with his relatives, and ended up throwing a whole pot of salt over her shoulder during the making of a jambalaya to ward off the devil. (While that probably made for a bland meal it added to the entertainment here). A standout segment reunited the cast of Desmond’s including a still-sharp Porkpie (Ram John Holder) who brought his famous hat along to the chat.

A Trevor McDonald-hosted edition of Countdown acted as a sedative after the high-octane drama of Mel’s daytime debut. The remix of this classic included poet and playwright Lemn Sissay and journalist Marverine Cole in Dictionary Corner, with maths prodigy Dr Anne-Marie Imafidon schooling us on how to solve all the show’s conundrums (surely the most our brains have worked in a while).

Overall, while occasionally rough around the edges, the lunchtime slot was a rollercoaster of family-friendly fun. Kemi Alemoru

A Place in the Sun was treated to a facelift, as Jean Johansson whisked us away to the sunny shores of Marbella on the Costa del Sol with Tracy-Anne and Clement from Croydon in tow. I instantly liked them, on account of their desperation to escape the UK.

At first, the couple proudly resisted the charms of Nueva Andalucía, with its chic waterfront and shiny yachts. But, as time went on, it was the sheer amount of space available that won them over. The couple’s amazement at “What do they call it again? Jack and Jill? Nah, just twin sinks” was hilarious, mostly because all sunny countries do seem to have them. Once the sangria started flowing in the rustic old town of San Pedro, they were able to appreciate the beauty of the culture. For a show that I used to watch, eyes glazed over, on sick days from school, A Place in the Sun did something bold this time around – and Johansson’s Scottish accent on the voiceover was a treat.

Next up, more houses. Except these ones are free (kind of). The Great House Giveaway is a cross between Grand Designs and Homes Under the Hammer. Our host Tayo Oguntonade is a property expert, known as BrickzWithTipz on social media. Although it’s numbers-heavy, the show is simple. Two renovation newbies are paired with one another. They have a go at a fixer-upper property, before flogging it and hoping to make a profit. Due to the pandemic, auctions now take place virtually, so sadly we didn’t get to hear any aggressive hammer-slamming.

We saw Oguntonade give Yolanda and Patrick three months to “modernise” a property in Oldham (ie rip things out), but their plan to create a kitchen-diner floundered when they found out they needed new supporting beams to stop everything caving in. While I’m not fluent in construction, things seemed to go largely downhill from there.

The highlight of the late afternoon’s programming, however, was Come Dine With Me, which has been airing across the week. In the north-west, we saw a bubbly group gather around a table fit for a Covid-era competition; it was big enough for social distancing, and clearly in a pad that didn’t belong to any of the contestants, so there was no snooping around in sock drawers. This final episode was hosted by Jane, paying tribute to her Malawian and Indian heritage, and with Pete, Julia and King tied at first place, this was the decider.

Watching the guests pull faces at their rivals’ menus was a treat, and once they started cooking it became a struggle to contain my laughter at their delusions of victory.

Once the wine was flowing, one of the contestants gently teased that it tasted like urine, only to be asked how they knew what urine tasted like. “Oh come on, we’ve all experimented” was the silence-inducing answer. It was refreshing to see the show be carried less by the incredible sarcasm of the narrator, Dave Lamb, and more by the guests, with a new flavour and spice. Danielle Koku 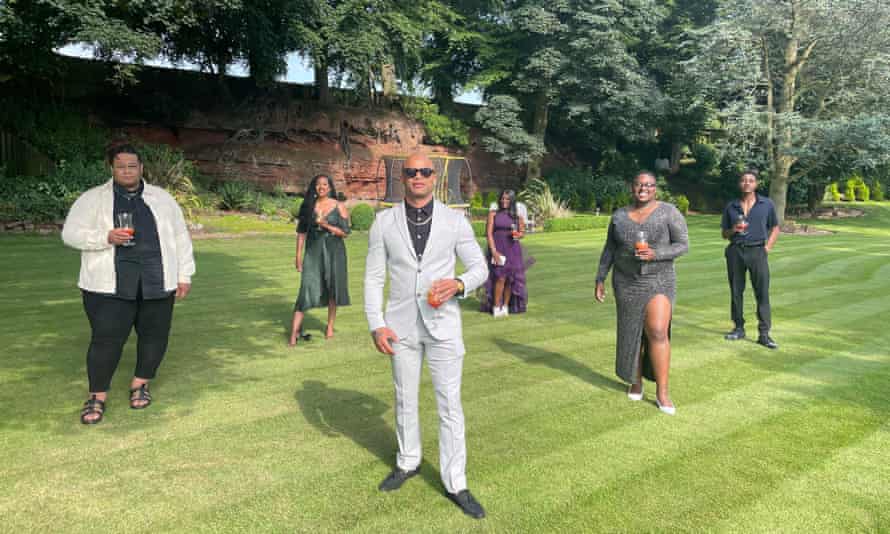 Considering Hollyoaks is aimed at 16- to 24-year-olds, there was much to praise in this Black to Front special. The episode highlighted pressing topics, from transness and queerness to the problematic nature of the “strong black woman” trope – all served up at a good, old-fashioned black family barbecue complete with drama, dominoes and electric sliding to Cameo’s Candy. There’s a certain level of cheesiness that comes with the soap that’s not to everyone’s taste – and the less said about the boating lake stunt work the better – but it was undeniably a much-needed celebration of culture, family and blackness.

Channel 4 News, on the other hand, felt genuinely revolutionary, an inspiring glimpse into what could be – should be! – happening in all newsrooms on a monthly basis at the very least. The night’s big headline was that the Queen “supports Black Lives Matter”, a statement that surely raises more questions than it answers. Thankfully, a brilliant panel of speakers were on hand to discuss the scoop, with Chardine Taylor Stone deftly calling on Her Majesty to return looted jewels if she’s really down for the cause.

After two hours of educational and political television, it was refreshing to watch a comfort show like Love It Or List It receive the Black To Front treatment, with hosts Kirstie Allsopp and Phil Spencer temporarily replaced by siblings Scarlette and Stuart Douglas. There’s not much to unpack in a programme like this, but I’d be remiss not to mention how charming and eminently watchable the Douglases were, as they breathed a necessary bit of new life into the well-worn home renovation format. Josh Lee 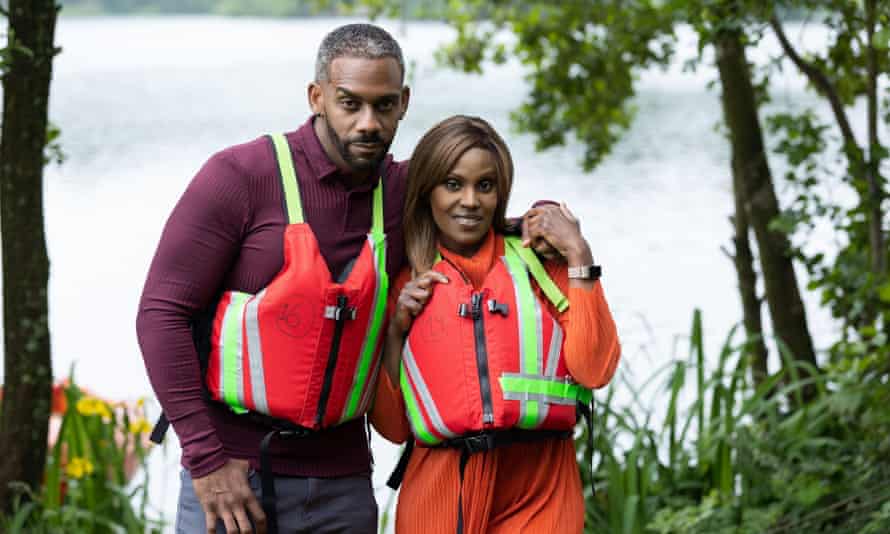 Despite being firmly situated in the milieu of west London’s wealthy British Nigerians and Ghanaians, new four-part “docuality” series Highlife felt strangely familiar. Clearly taking its cues from the Real Housewives and early seasons of Keeping Up With the Kardashians, its appeal relied heavily on the conceit of transposing cultural touchstones on to well-worn narratives, and balancing personal aspirations against parental expectations.

The show, which featured established talent including singer-songwriter Kamille and DJ Cuppy – daughter of a billionaire oil and gas magnate – might not have been groundbreaking, but did well to reflect west Africa’s growing influence on British popular culture. Nowhere was this more obvious than on the soundtrack, an artful mix of Afrobeats and Lagosian hip-hop. 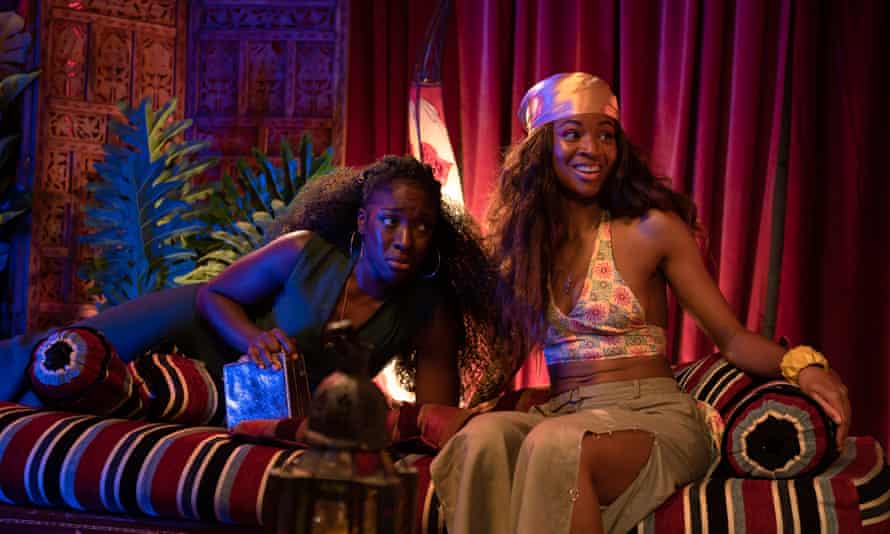 Highly anticipated new comedy Big Age (written by Love in Colour author Bolu Babalola) arrives at the tail end of a golden age for tales of twentysomething angst. Episode one saw aspiring writer Sadé (Ronkẹ Adékoluẹjo) struggle with self-doubt on reaching the titular “big age’” of 25 while her best friend – glamorous vegan Dela – embodied a less anxiety-ridden ideal of young womanhood. While there were shades of Michaela Coel’s Chewing Gum and Issa Rae’s Awkward Black Girl in this pilot, I’m interested to see where this show – and its hunky male support cast – could go if it were commissioned for a whole series.

Rounding off the day was late-night topical discussion show Unapologetic, which featured a panel that included comedian Dane Baptiste and former Guardian columnist Gary Younge discussing topics including colourism and racism in sport. It was probably the most genuinely radical offering, even if its insistence on addressing “the last 18 months” gave it the air of a belated response to BLM.

Co-produced by SBTV and presented by Yinka Bokinni and Zeze Millz, I could see a tweaked version catching on. It ended with an onanistic debate about whether diversity initiatives like Black to Front could represent a route to meaningful progress. “Everything has to begin from somewhere … let’s see what happens in a year,” concluded Baptiste.

With Unapologetic marking the end of the day’s original programming, the channel’s scheduling continued into the early hours with a film and a repeated drama, in the form of Oscar-winning Moonlight and Dominic Savage’s I Am Danielle, starring Letitia Wright. A not-so-subtle hint, perhaps, that Channel 4’s commitment to black representation is more than an obligation. Alex Mistlin

London estate in neighbourhood where homes cost £1.5m leaks so badly residents struggle to use stairs