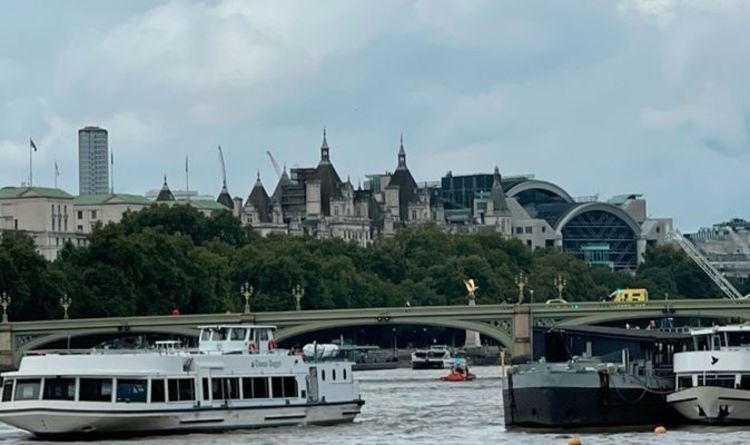 A Met Police spokesperson told Express.co.uk that someone is threatening to self-harm.

Emergency services are in attendance.

Police were revealed they had been called at 1.25pm on Thursday.

A spokesperson said: “At approximately 1.25pm on Thursday September 9, police were made aware of a man threatening to self-harm on Westminster Bridge.

“Emergency services are in attendance.”

JambusterLondon, a road traffic monitoring service added on Twitter: “A302 Westminster Bridge (SE1) (Both Directions) – The road has been closed due to a police incident. Use alternative route. Expect delays.”

Another person also spoke of the heavy police presence at the scene.

Metropolitan Police officers are called to a wide range of incidents.

Police officers were also deployed to deal with the Extinction Rebellion protests in central London.

If you or someone you know are suffering from mental health issues, there are services which can help.

Samaritans (116 123) or email [email protected] operates a 24-hour service available every day of the year.