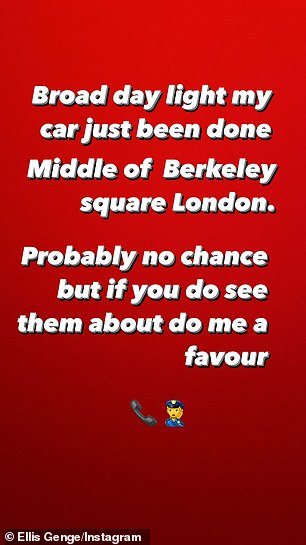 England rugby star Ellis Genge has shared a shocking video of his car being broken into in broad daylight in London.

Two brazen crooks on bikes survey the scene before one uses a tool to smash the rear window of his parked Range Rover.

The suspect – wearing all black and a black helmet – then grabs a rucksack from the rear parcel shelf and cycles off.

Ellis, 26, shared the video to his Instagram account on Wednesday evening and said: ‘Broad daylight my car just been done. Middle of Berkeley Square London.’

And adding a police and telephone emoji, he added: ‘Probably no chance but if you do see them about, do me a favour.’ 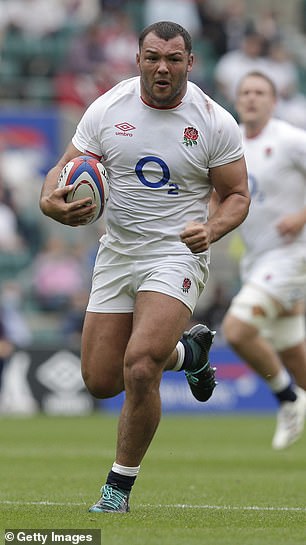 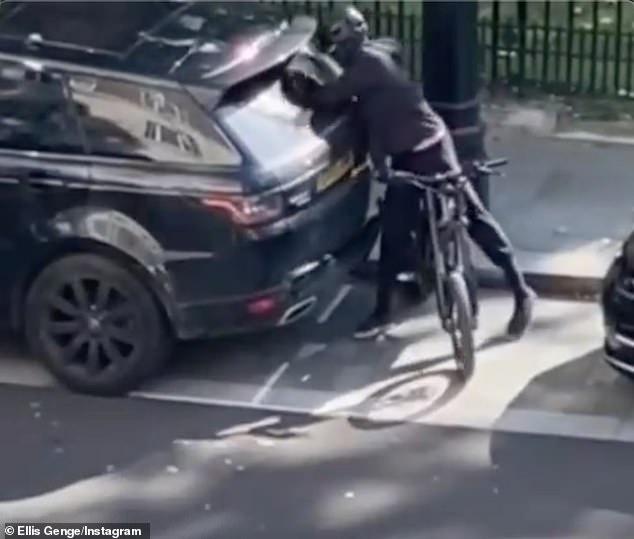 The men – one black and one white – who broke into his car were both on pushbikes.

They spent minutes surveying the scene to make sure no-one was nearby before one used a mysterious tool to break through the rear window.

The glass shatters before he pulls out a blue bag that had been left on view.

The pair are then filmed casually meandering across the road and pedalling off with the rucksack over the handlebars.

Those who saw the video, which was also posted to Twitter, said drivers should never leave anything on view in their vehicles, even if they were only leaving their car for a minute. 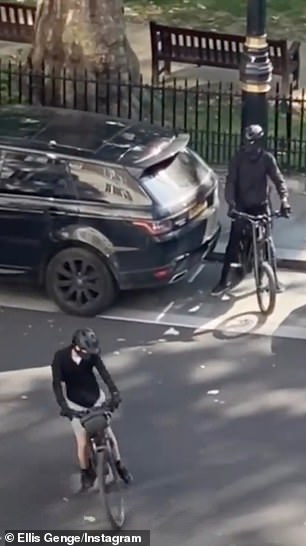 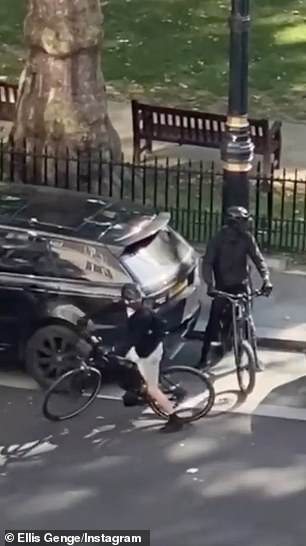 The two men were filmed targeting the car which was in Berkeley Square, London, in broad daylight and one of them watched from the other side of the road while the other took the bag 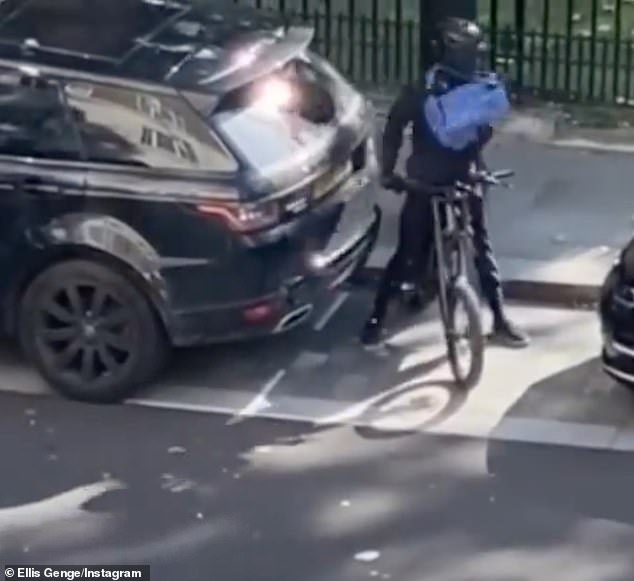 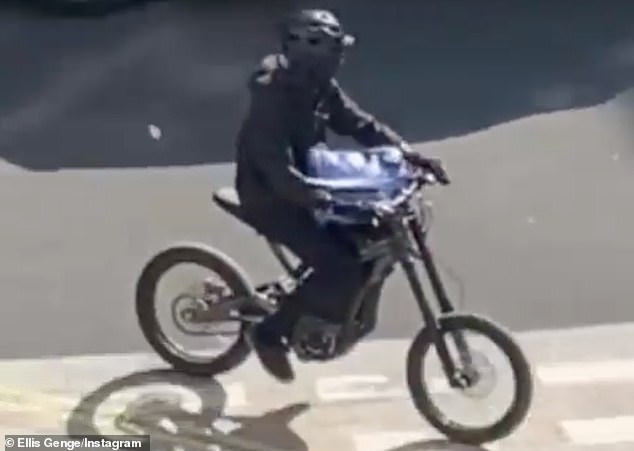 Genge said his car was parked in central London when it was smashed into. Pictured: a suspect

One said: ‘It does not matter who you are. Leave something in a vehicle on show and they will target you.

‘Just as they all target expensive cars to steal because most owners don’t bother to use a krooklok outside their own homes.’

Another added: ‘Can’t believe in this day and age, that people still leave bags on show in cars. You’re just asking for your car to be broken into.’

Others joked about the crooks.

One said: ‘Doing their bit for global warming, choosing not to pollute while working, I can really see this green initiative working out well especially with plant pots on every road stopping those pesky cars!’

Another replied: ‘Kids of today think about nothing but the climate!’