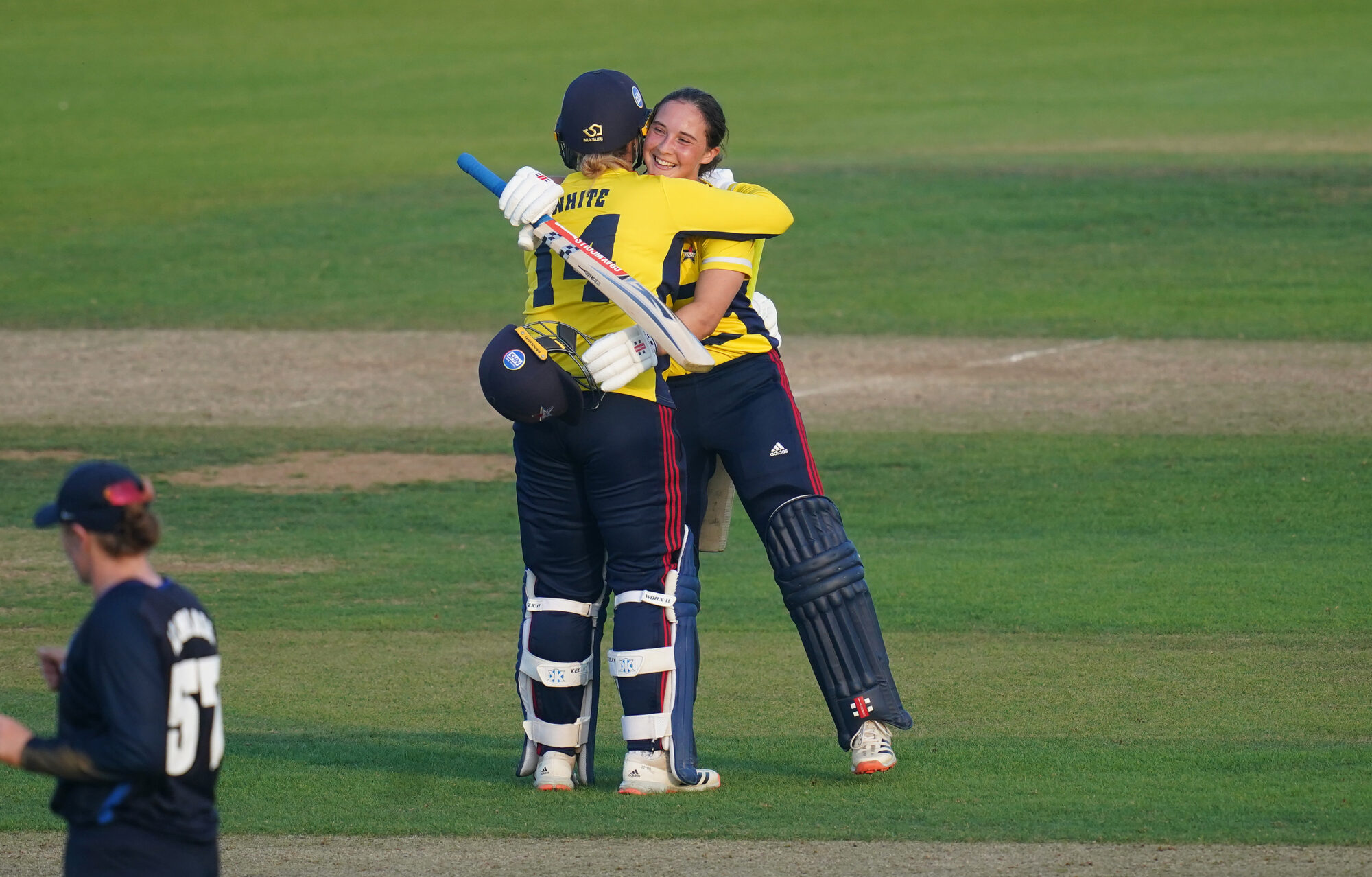 Surrey’s Alice Capsey, Aylish Cranstone and Bryony Smith led the way as South East Stars chased down a target of 139 to become the inaugural winners of the Charlotte Edwards T20 Cup at Southampton yesterday (Sunday).

The Stars, whose side contained seven Surrey women, beat Northern Diamonds with two overs to spare to lift the trophy; with teenage sensation Capsey (40 not out from 26 balls) applying the finishing touches.

But the foundations were laid by skipper Smith (37) and Cranstone (35), who shared in an opening stand of 71 after the Diamonds, who earlier overcame Southern Vipers in the second/third place play-off, had been restricted to 138-4; thanks largely to Smith’s 1-22 in four overs.

“I’m absolutely buzzing,” said Smith afterwards. “I’m so proud of all the girls, I think we really deserved this one. We’ve put in some strong performances over the last few weeks and before The Hundred. We were really positive chasing that score. We knew it was a good pitch and the outfield was rapid too.

“We haven’t quite fired as an opening partnership before today, but myself and Aylish were really positive and hit the ball well.”

The only worry for the Stars came when they lost four wickets in the space of 16 balls to slip from 71 without loss to 85-4. But Capsey calmed any nerves before assuming total control.

“I was a bit nervous, but we knew we had the depth to do it,” said Smith. “Alice is a superstar. She’s a legend and I think she’s going to be around for a very long time. If she keeps playing like she did today, I’m sure she’ll be in an England shirt really soon.”

Capsey, who turned 17 last month, said: “What a summer it has been! Both for me personally, but also for this team. We’ve won all but one of our T20 games and it has been incredible since The Hundred.

“We want to play brave cricket and we always aim to take our bravest options whether they come off or not. We also have a really long batting line-up, so if we do lose a few wickets we can always catch up.”

Capsey added: “My confidence is good at the moment, but cricket is a challenging game and it isn’t going to be like this all the time.

“The girls have been amazing and I’ve had a lot of support from them. We’ve got three more [Rachel Heyhoe-Flint Trophy] 50-over games and I think if we win them we stand a good chance of making another finals day!”